Who would win in the fight between a snake and a hawk? Well, the answer largely depends on what snake was involved in the fight! After all, there are venomous snakes that could paralyze large animals while there are also a lot of harmless ones.

But a video of one such fight between a snake and a hawk has gone viral on social media because of its surprising results.

Shared by NTD News on its Facebook page, the video shows a hawk in a strange position; it that was not moving at all. Upon closer inspection, you would see the snake which had its entire body wrapped around the bird’s wings, legs, and beak. 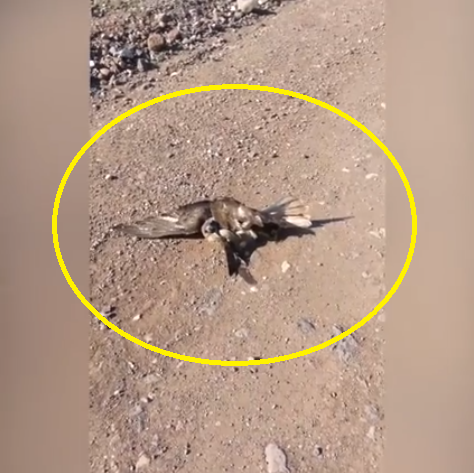 To the untrained eye, it was a hopeless case. The two are going to die, that’s for sure. You might have to wait until one moves away from the jumbled mess before you can determine the winner of the battle.

But what if the two are locked in such a perfect match that there’s really no winner and no loser? Well, I surely wouldn’t interfere if I see something like this but some guys who chanced upon the battle were quite concerned about the hawk that they decided to try and break the fight apart.

Now, the braver of the two went closer to the creatures and began breaking the fight apart while the other filmed the process. 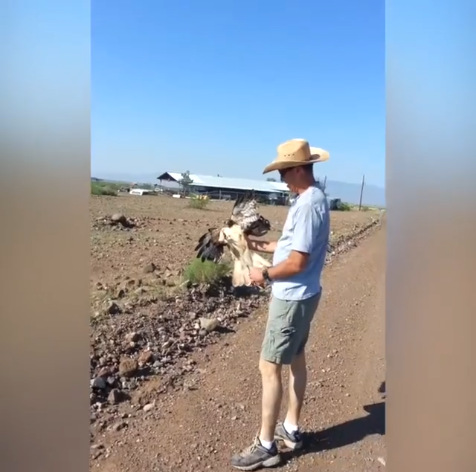 The snake angrily lashed out at the man for his interference but, luckily, he managed to avoid the angry creature’s bites. As the snake slithered away into the desert, the man picked up the unmoving hawk.

It was soon clear that the bird might be dead. So, can we declare the snake as the winner? Hmmmmm. You’ll have to watch this video to find out…

A venomous snake is one that is capable of producing venom which is primarily used to immobilize prey and in defense. There are snakes that are so venomous they can kill people and large animals.