Crocodiles are among the most powerful and dangerous predators in the world. They could rip a human body apart within seconds and could take on large animals. Victims of crocodile attacks often end up so badly mutilated that they are almost impossible to identify.

But new footage in Indonesia had netizens amazed after a witch doctor reportedly ‘summoned’ a crocodile to return its victim – and the crocodile did so, returning the victim’s body still intact! Unbelievable, isn’t it? 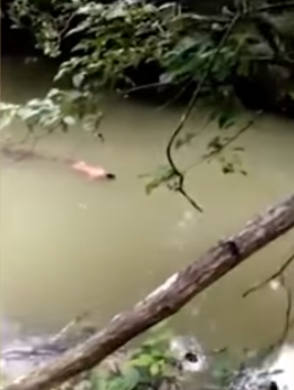 According to reports, a 41-year-old man identified as Syarifuddin was bathing naked at Lempake River in Berau, Indonesia with some friends when he was snatched by a crocodile. Desperate relatives tried to find him, even asking help from the police but it seemed that the crocodile made him its meal for the day. 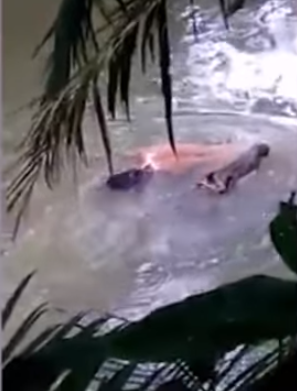 The witch doctor performed his ritual and ‘summoned’ the crocodile to return Syarifuddin alive to his relatives. A few minutes later, three crocodiles emerged from the water, with one carrying in is jaws Syarifuddin’s body!

It certainly was hard to believe that such a thing could happen – and we wouldn’t believe it happened at all, if not for the video taken by one of the astonished onlookers.

Police chief Inspector Talisayan Faisal Hamid witnessed the whole thing, admitting that it was weird that the crocodile would return its victim’s body, intact. While the witch doctor had supposedly instructed the crocodile to return Syarifuddin alive, it was still amazing that his intact body was returned even if he was dead. 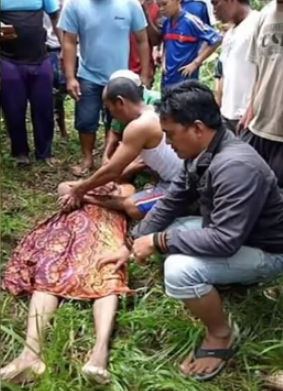 Those three crocodiles or even just one could have easily ripped him apart yet his body remained intact, save for some injuries on his right ribs that could be due to the crocodile’s jaws clamping hard on his body while he was being ‘delivered’ to shore.