Face transplants are not new to us anymore. The first face transplant was performed by a team of French surgeon in 2005, we’ve also heard the story of a sister seeing the recipient of her late brother’s face.

This story is somehow the same as that. Andy Sandness is a 26-year-old with a disfigured face. He got it when he attempted suicide in 2006. For almost 10 years, he withdrew from people because of what happened to his face. 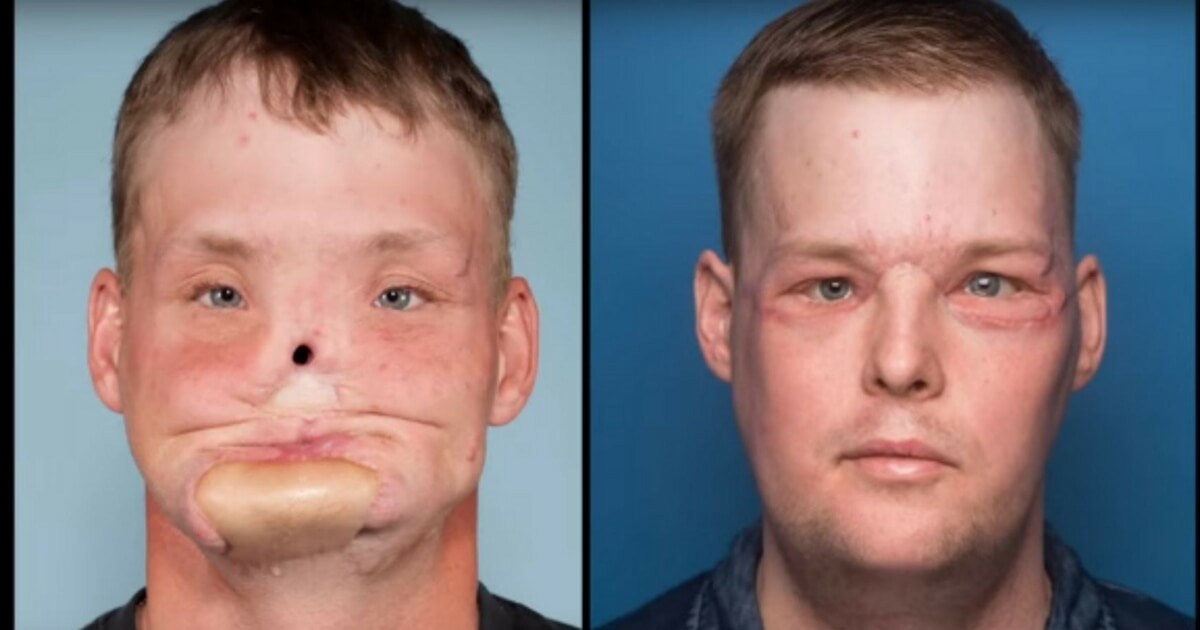 In 2012, Andy welcomed the thought of having a face transplant and went on to be waitlisted. 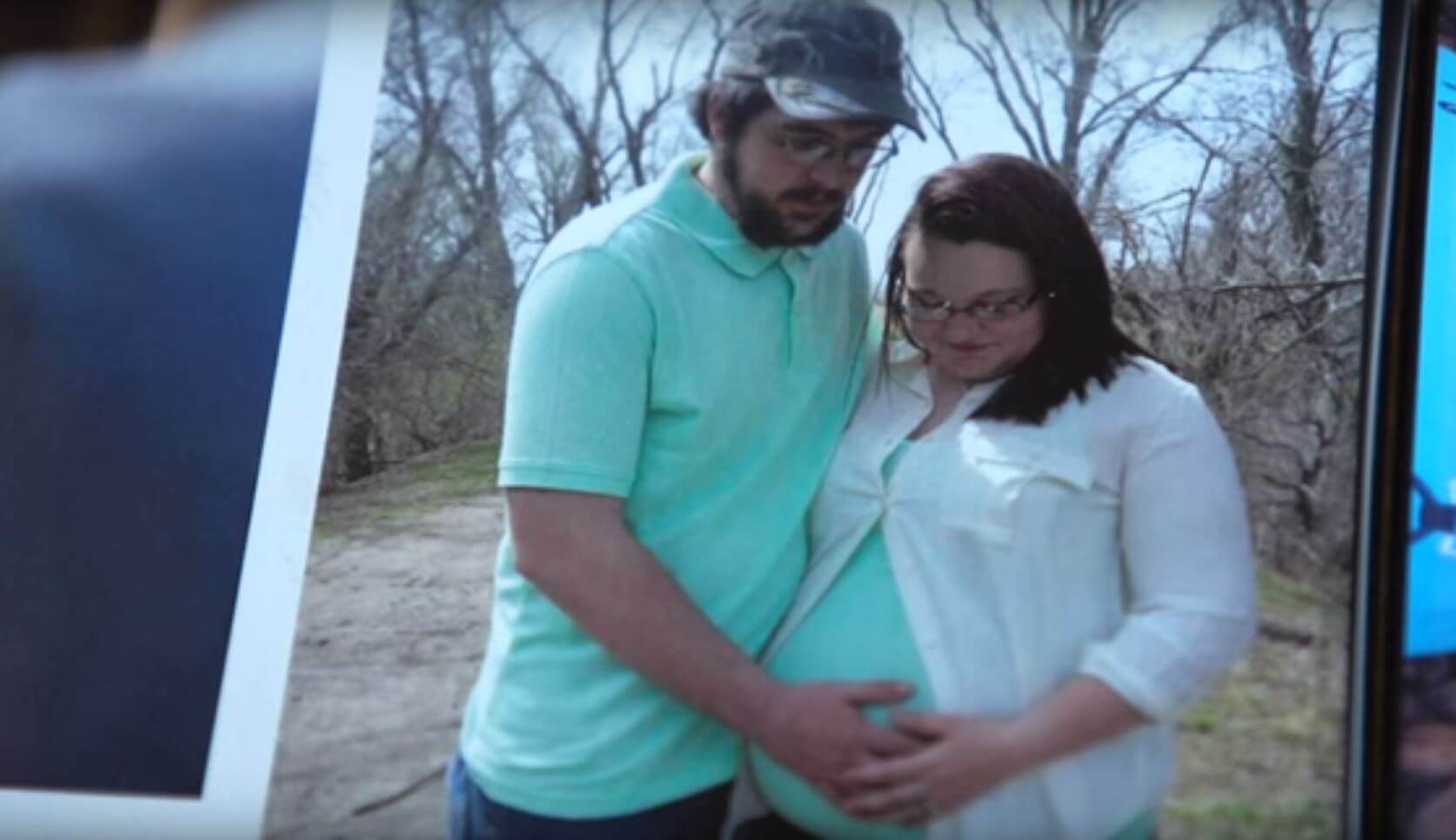 In the middle of 2016, Calen “Rudy” Ross shot himself leaving behind his wife Lilly who was 8 months pregnant at that time. Lilly then decided to donate Rudy’s organs including his face.

Andy was fortunate to be the recipient of Rudy’s face, it was the first face transplant that Mayo Clinic performed. The operation took over 60 medical professionals and it lasted about 56 hours.

The operation was successful and it gave Andy a new life that made him see everything in a different light. 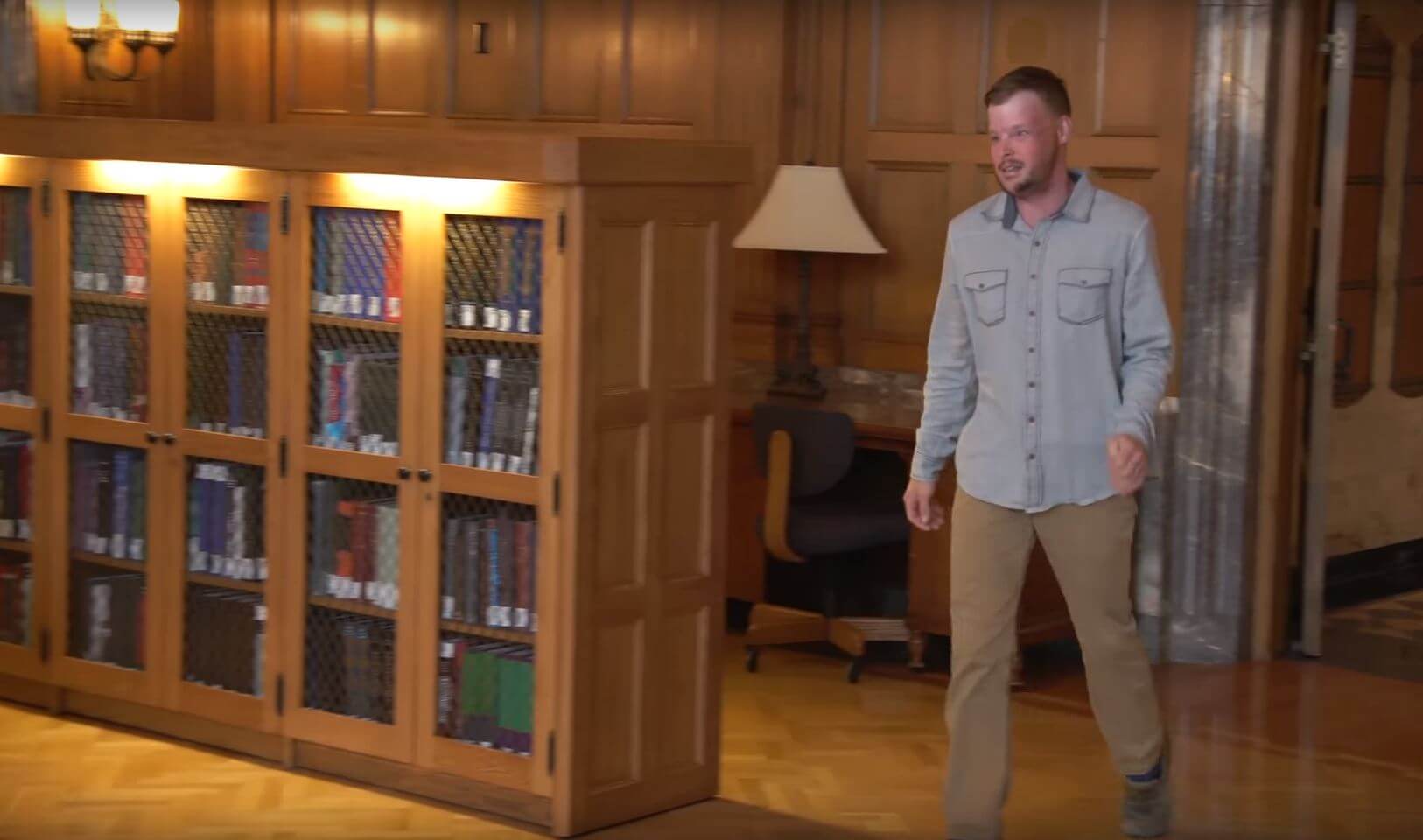 At first, Lilly thought she won’t be able to bear meeting the man who received her late husband’s face. She thought she will see her husband and painful memories might pour.

Andy was obviously also nervous in meeting the widow of his face donor. 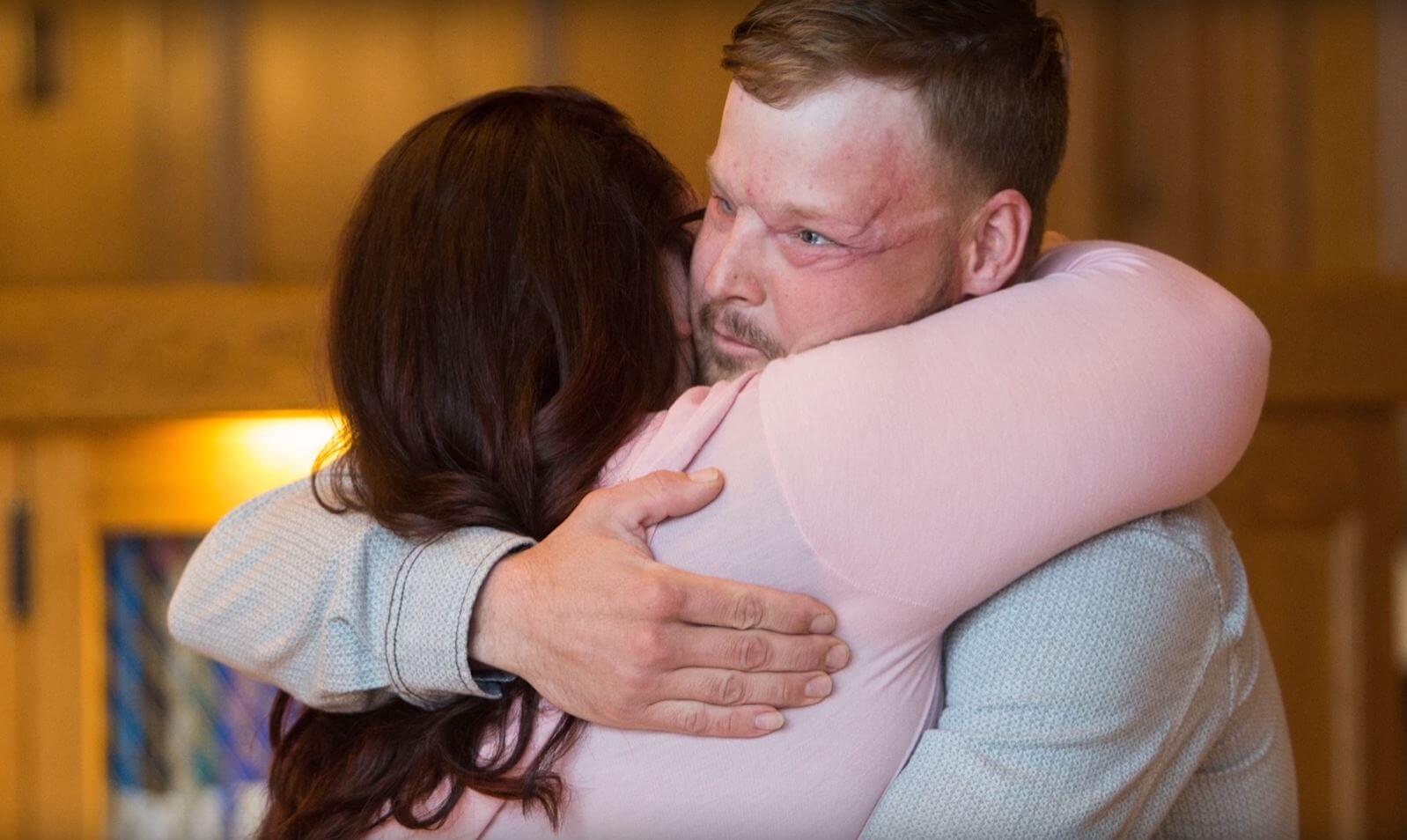 But the moment they saw each other, they broke into an emotional hug. They broke away only to hug each other again. 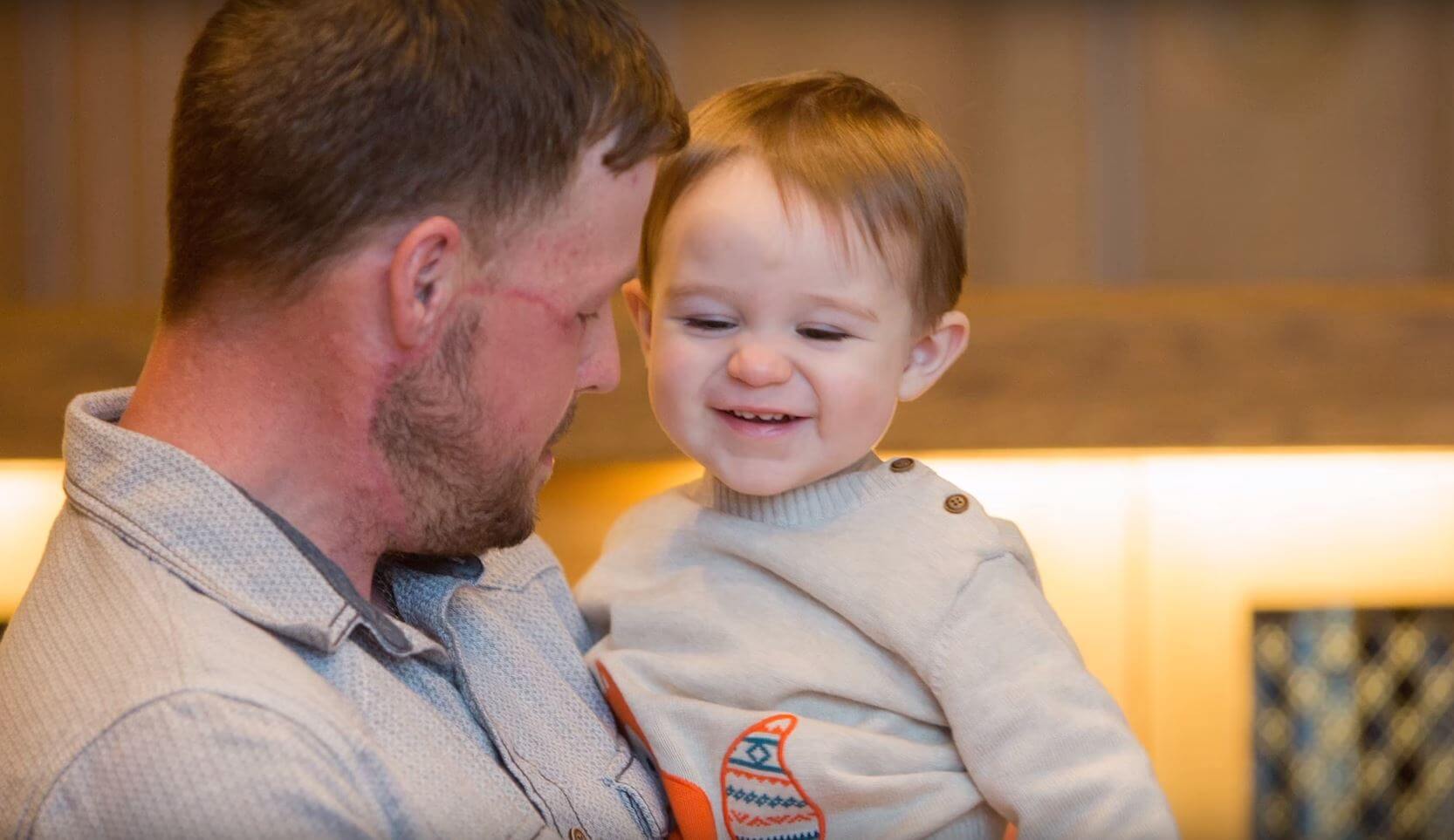 The wonderful moment when Andy met the son that Rudy never met was both priceless and emotional. 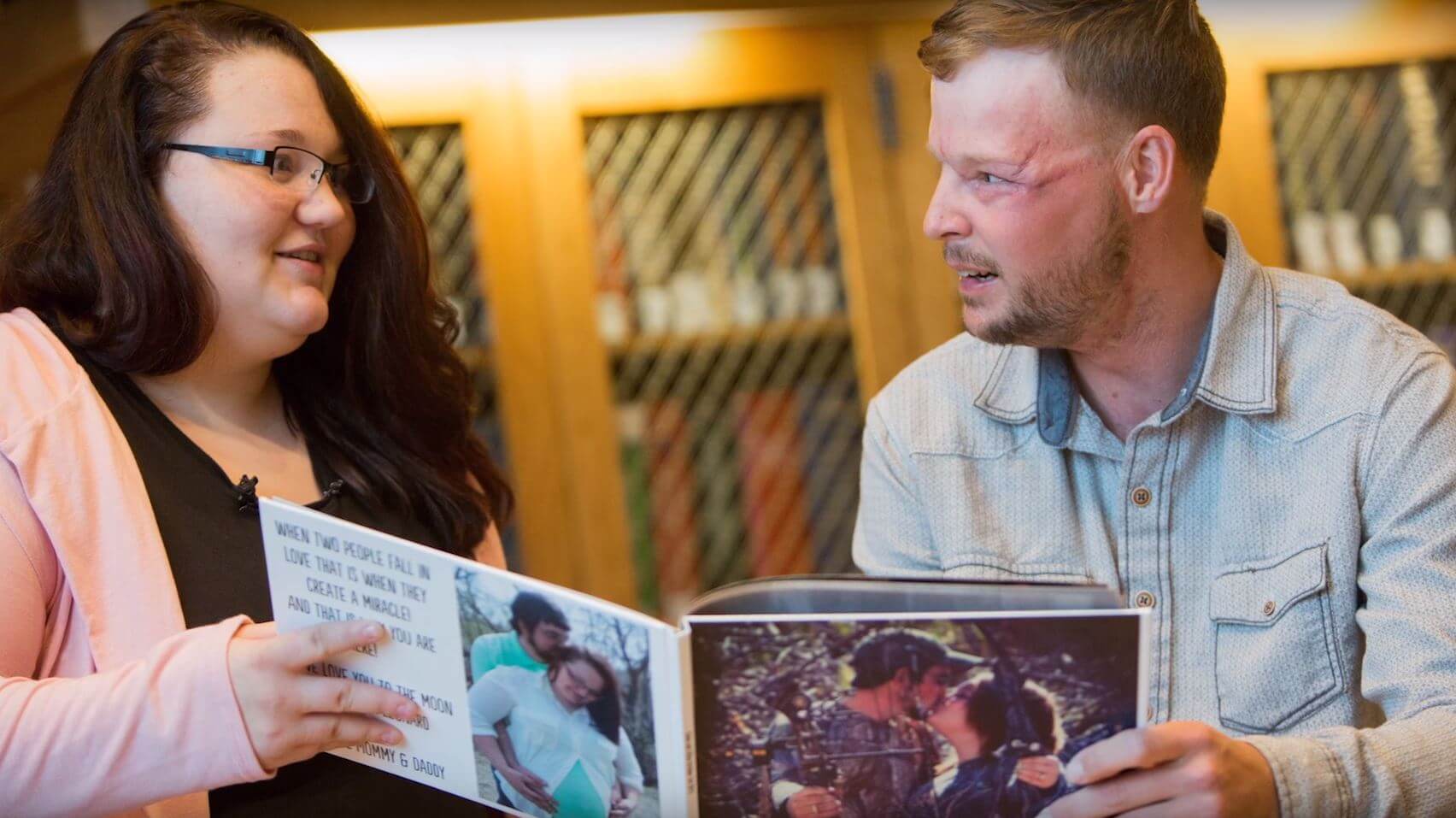 Lilly also brought albums of their past photos so she could show Andy what her husband was like. Hoping to let the two men “meet.” 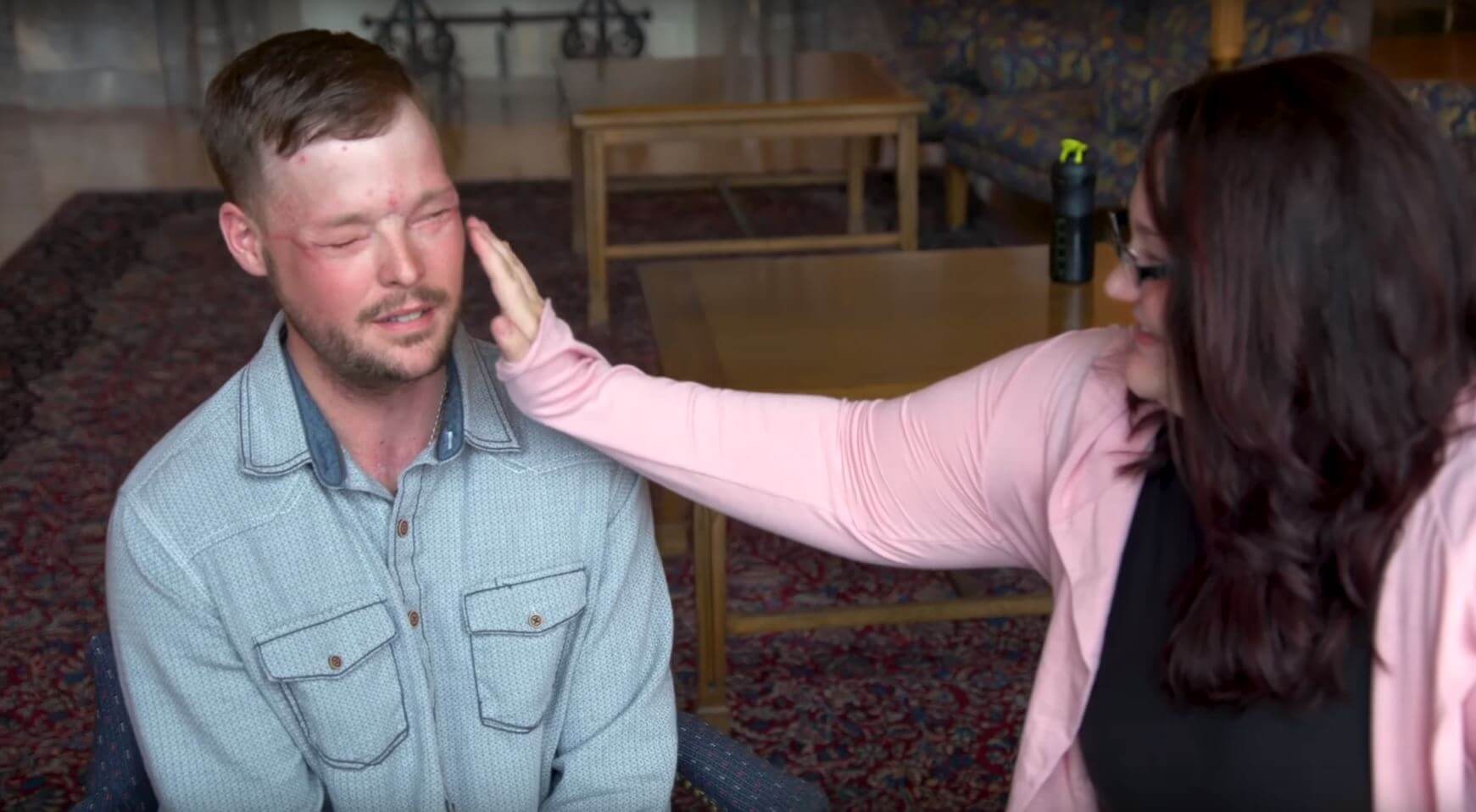 Before the meeting ended, Lilly had one request. She asked if she could touch the face of her husband, to which Andy readily agreed.