An adorable tortoise goes viral for playing football – and its videos have taken the internet by storm! Amid the boredom that people feel due to the lockdown or enhanced community quarantine at their respective areas, it is nice to see something that brings a sure smile to our faces. 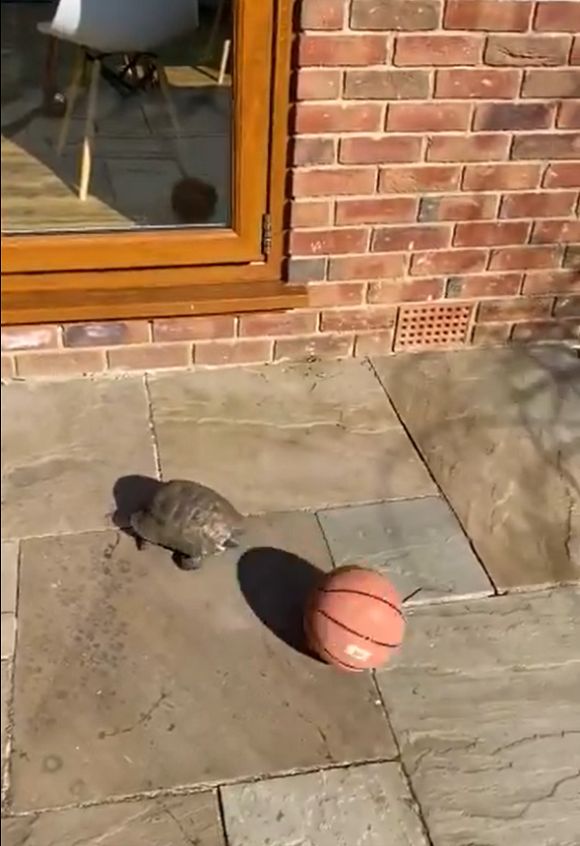 That’s where Hurricane comes in, with the playful tortoise brightening up everyone’s day with surprising videos of it playing football. Can you believe that?

It all began when Hurricane’s bored owner Patrick Ottley O’Connor put a ball in front of the tortoise, just to see what the animal would do. But quite surprisingly, the tortoise ‘kicked’ (well, ‘pushed’ would be more appropriate term) the ball using its head! Wow.

Amazed by his tortoise’s talent, Patrick took a video and shared it on Twitter.

“5 days out of his winter hibernation & Hurricane is getting into his garden lockdown football exercise this morning…he’ll be posting his boxercise routine & tomorrow! 😂🐢 #teacher5aday #exercise #notice,” Patrick wrote. 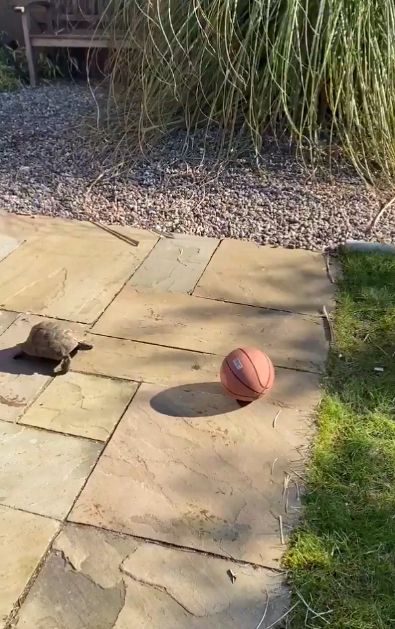 Much to his surprise, the video took off and would soon reach over 1.8 million views! A lot of people were just as surprised as Patrick that the tortoise would actually enjoy playing football.

In the video, the tortoise did not just ‘kick’ the ball once but actually followed it around the yard, repeating the action several times. This simply shows that it was actually enjoying the sport, as slow as it might be in moving to reach the ball. 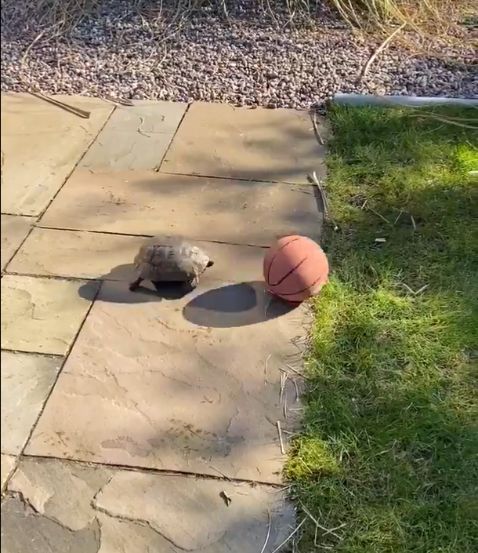 While it certainly won’t win a game with a faster pet, such as a dog, it was cute that this tortoise could actually do this. Check out this impressive video:

5 days out of his winter hibernation & Hurricane is getting into his garden lockdown football exercise this morning…he’ll be posting his boxercise routine & tomorrow!
😂🐢 #teacher5aday #exercise #notice pic.twitter.com/xUMGL6h5ya

Difference Between Tortoise and Turtle

Closely related, the tortoise and the turtle are often mistaken to be the same by most people. But tortoises are land-dwelling reptiles while turtles mostly spend their time in the water. Tortoises have a rounder, bumpier, heavier shell than a turtle. They also have short, sturdy legs while turtles have softer legs with webbed feet, adapted for swimming.