For no apparent reason, a pedestrian made angry gestures at the driver of a car approaching an intersection but karma would be quite instantaneous for this man!

What’s even sweeter is that everything was caught on video from the car’s dashboard camera. As expected, the footage quickly went viral on social media. Ooooops.

It all started with the car approaching an intersection. But even when the car stopped several feet away from the pedestrian lane, a man who was crossing the street with his dog got so angry at the driver that he began shouting at the driver, waving his fists in the air for emphasis.

Whatever it is he was telling the driver was lost in the air as this was not heard in the recording. Of course, the car driver didn’t seem to be afraid one bit about this angry pedestrian. Plus, the car driver had really done nothing wrong, so he had nothing to worry about. 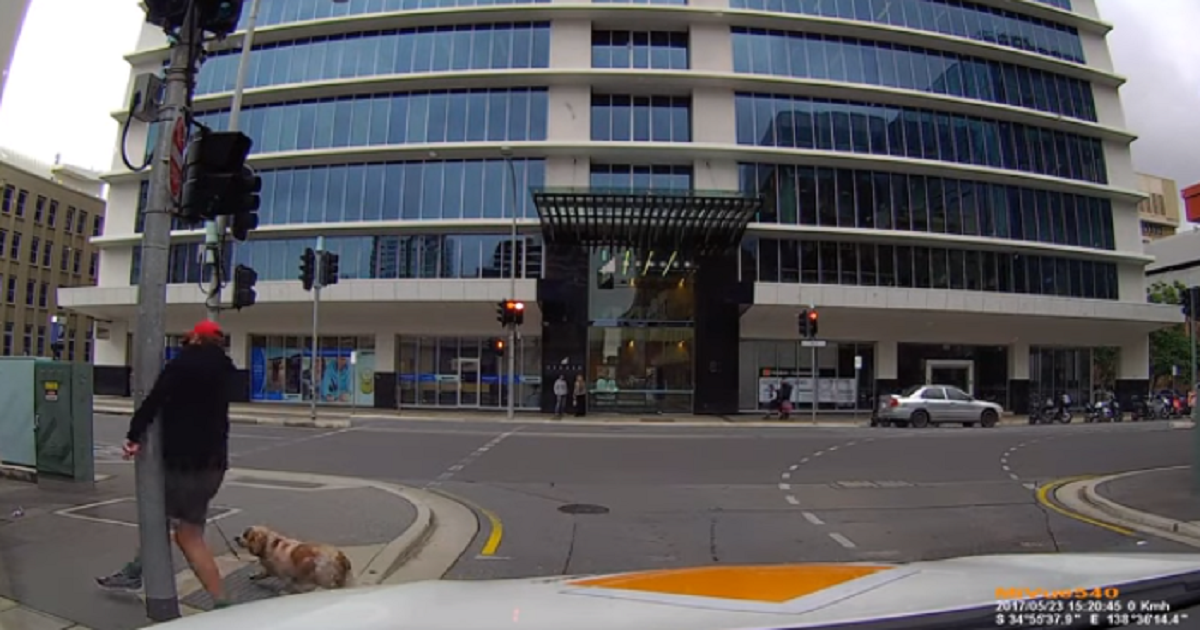 But the angry pedestrian was still berating the car driver as he crossed the zebra lines! Hmmmm. This is one really angry man.

In his anger, he forgot to check where he was going. As he continued to angrily rant at the car driver, he went straight into a pole at the side of the street! Oooooops.

Seeing this, the car driver laughed real hard but the man was so embarrassed that he angrily tried to pick a real fight with the driver, getting closer to the vehicle. Hmmmm. But the driver didn’t mind him at all and he went back to where he was going.

This should serve as a lesson to everyone. Don’t be too focused on your anger. Smile!