Home
Videos
Viral Videos
Clingy Cat Refuses to Let Go of Dog, Even Joins Him in the Bath

A clingy cat is making waves online for constantly refusing to let go of her dog BFF – she’s so clingy, in fact, that she even joins the dog for a cuddle while taking a bath! LOL

There’s this expression about being “like cats and dogs” – and it’s not exactly a good thing. It’s an expression that means people or animals who don’t get along and are always fighting.

But one clingy cat is changing all that because its best friend is a dog. 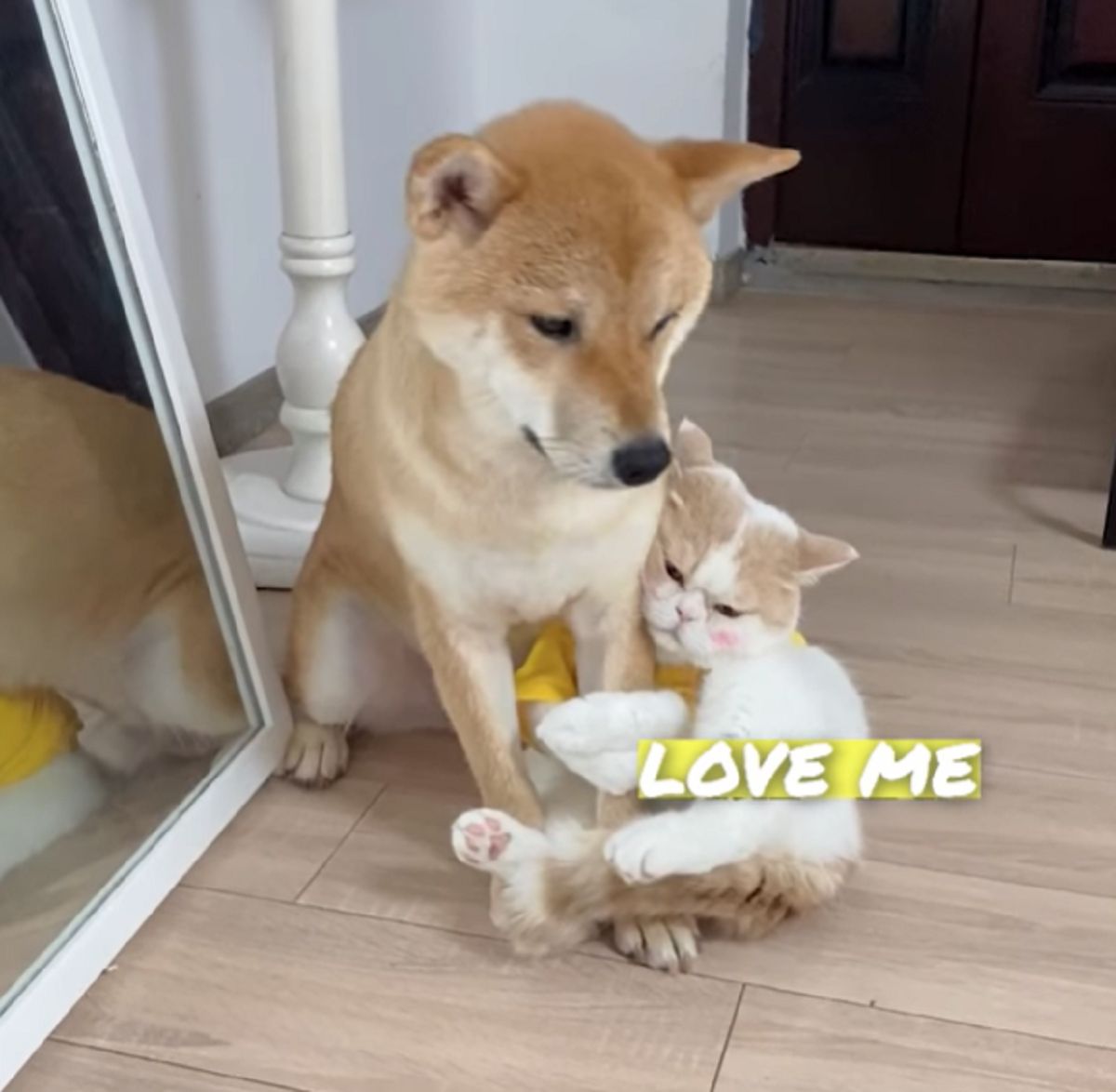 In a video shared by Facebook page Woof Woof, the cat can be seen hugging her best friend dog’s leg and refusing to let go.

The cat’s name is Ah Q while the dog is named Peas.

According to the descriptions in the video, the clingy cat loves her dog brother so much and they’re really inseparable. In fact, they hate being far from each other that they even share a bath. 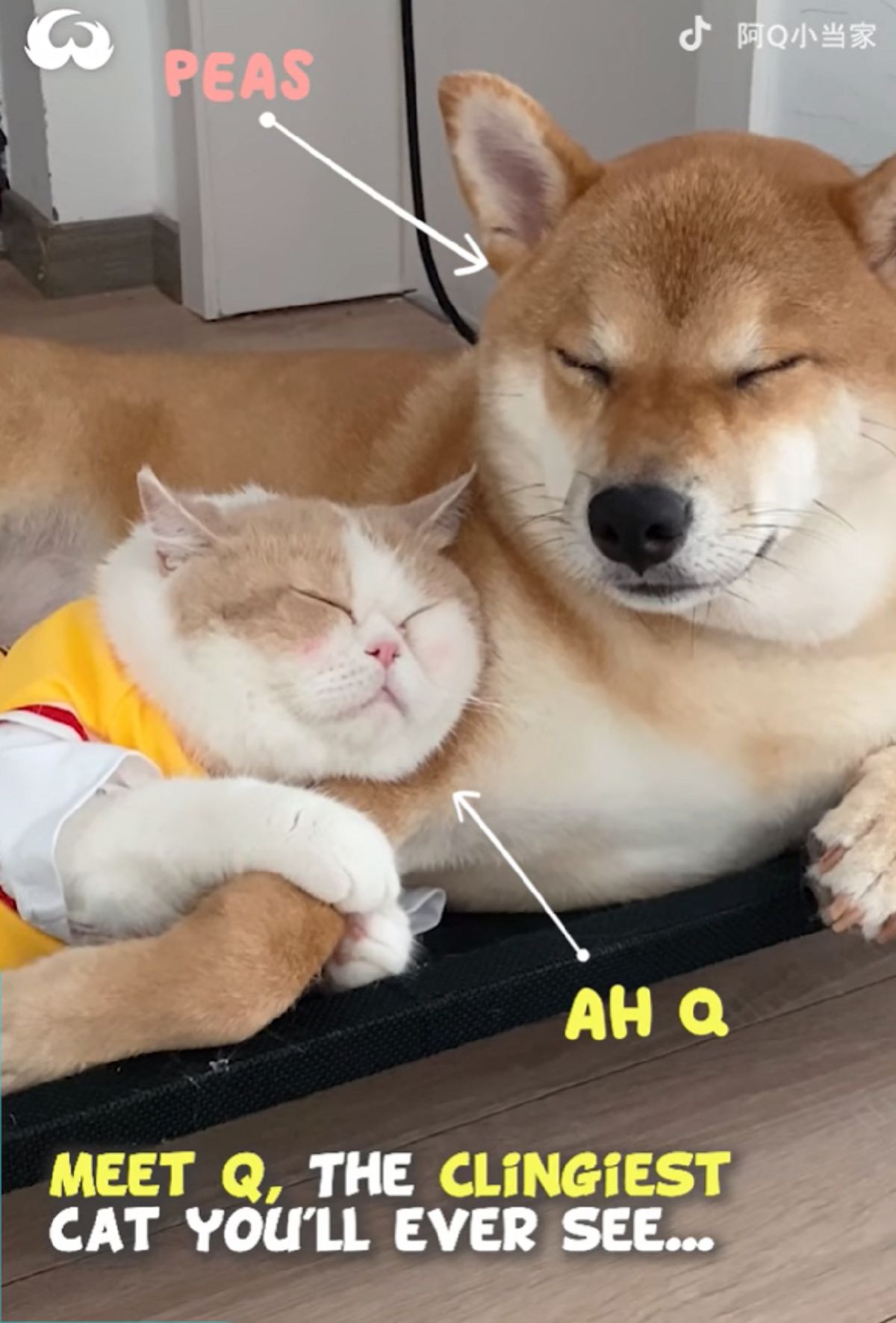 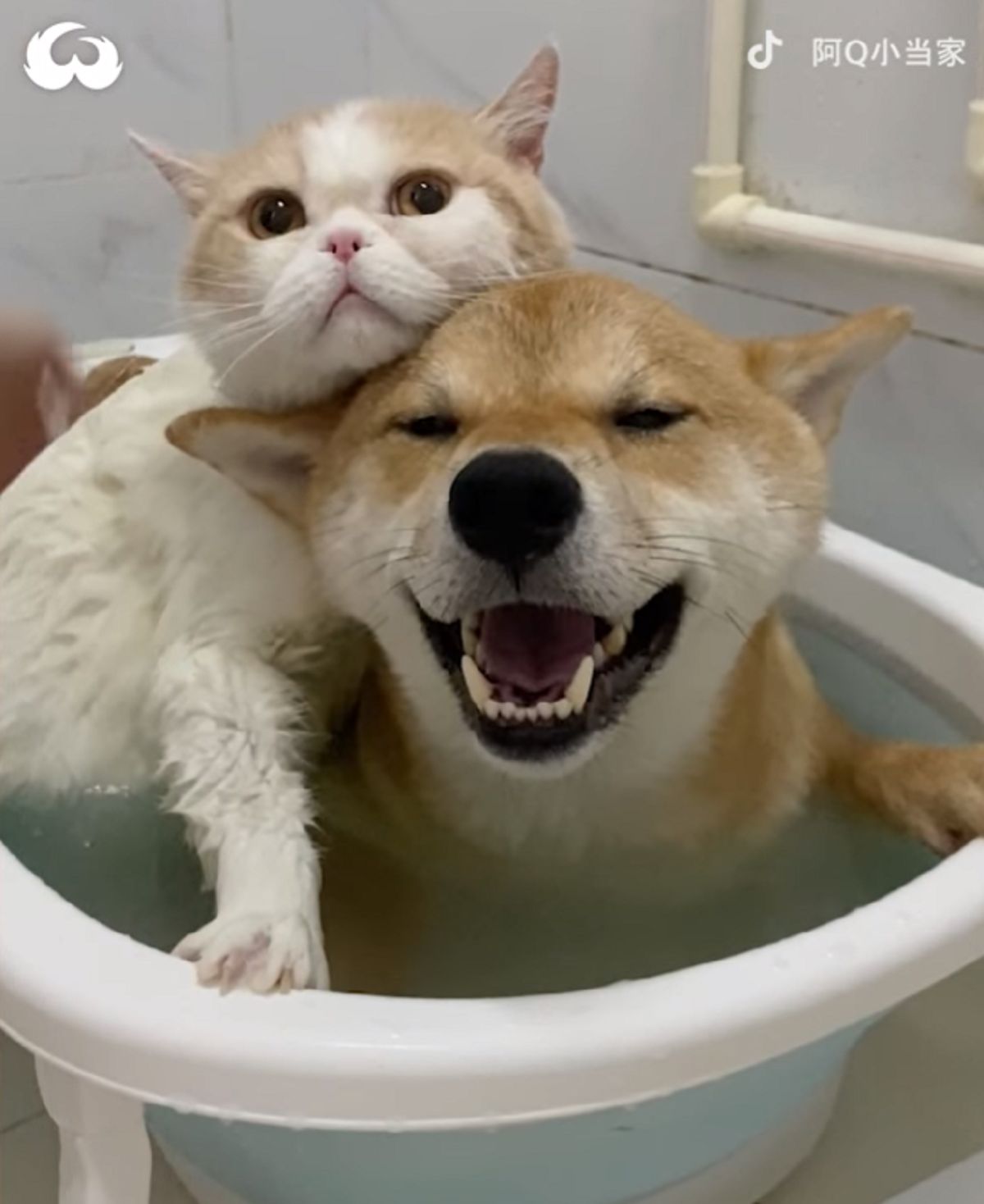 Now, cats are known for their aversion towards water, but Ah Q appears to enjoy taking a bath (or tolerates it, anyway) just to continue cuddling with her brother. Aren’t they cute?

The video didn’t explain how the two learned to get along so great, but some netizens are theorizing that they met as a little puppy and kitten. They bonded easily because they were small and grew up together. 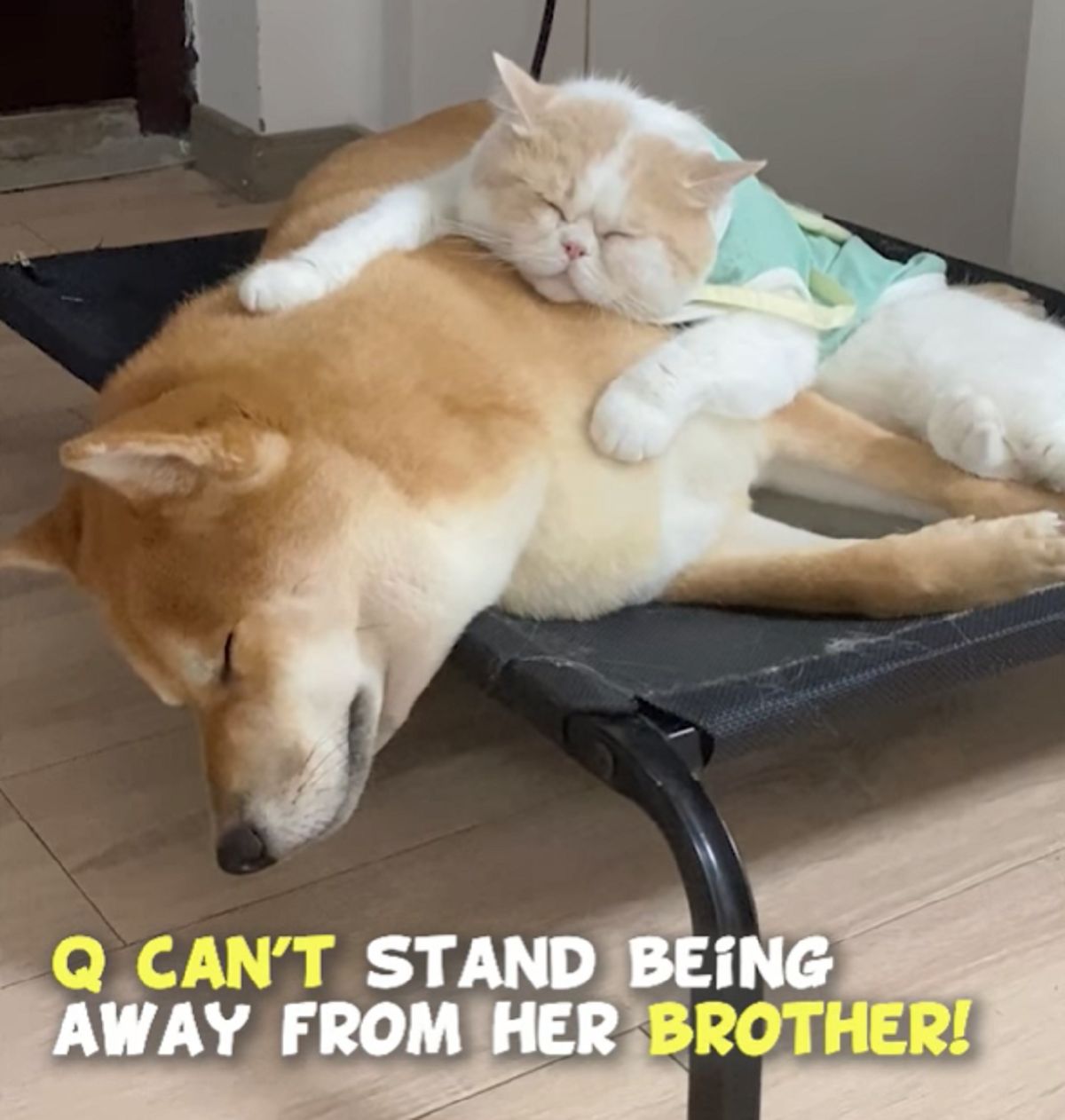 No matter the reason, many netizens agree that these two are the cutest pair of best friends they’ve ever seen – and that Ah Q is truly the clingiest cat on the internet.

But there were also netizens who doubted the authenticity of their friendship, commenting that the cat looks drugged and their poses look staged. Do you agree? 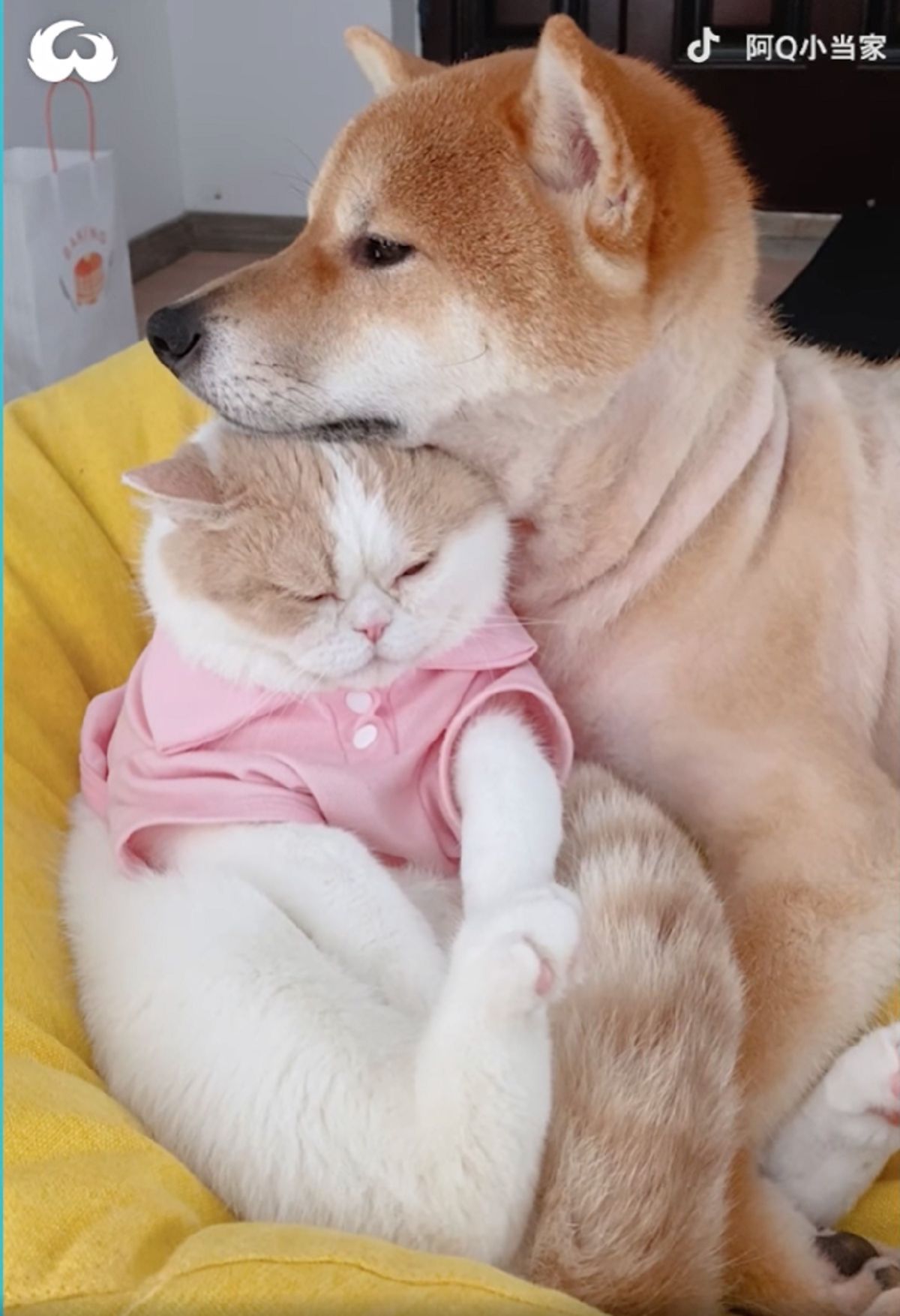 Can Animals Get Sedatives?

Yes, sedatives are routinely given during some veterinary procedures, but there are also behavior-modifying drugs given to pets to reduce their anxiety.