When it comes to having twins, you might get double the trouble when they are growing up – but you’ll also get double the fun! And a pair of twins in Sipalay City, Negros Occidental in the Philippines has proven that it is also possible to get double the achievements!

According to the twins, the course was not their first choice in the state college as they both wanted to take up Education and become teachers; however, due to financial constraints, they both decided to choose the Office Administration course and learned to love it along the way. 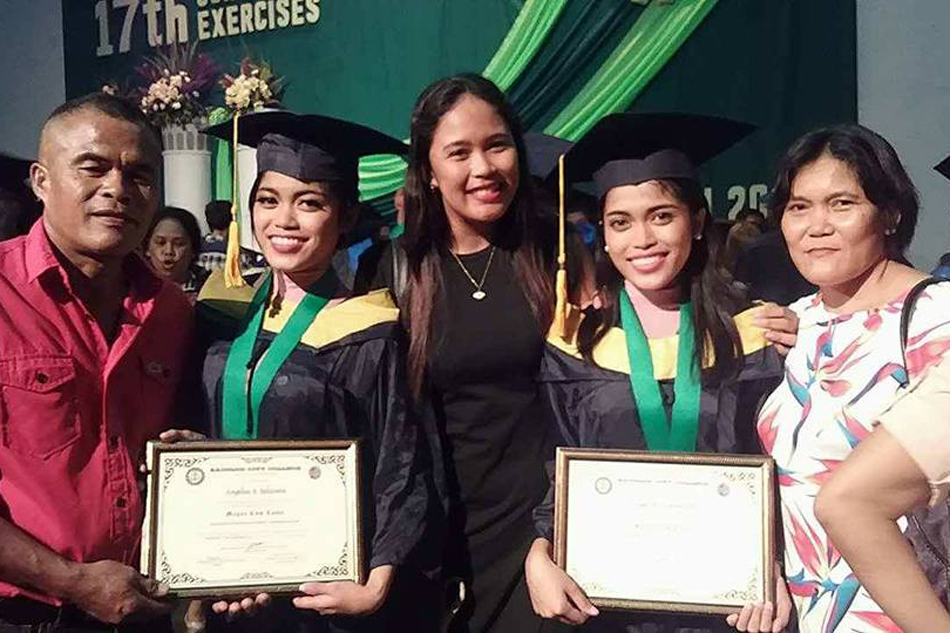 Being twins helped them a lot in their studies, especially because they can maximize their study time by sharing notes and helping each other work on projects and assignments.

While they did have some sibling rivalry between them, their love for each other as twins prevailed – and they made sure they didn’t fight over petty things but helped uplift the other.

Aside from having each other as inspiration and motivation to work their best, the twins also revealed that they want to make sure they finish their studies on time, to give back to their elder sister who had to sacrifice her own studies so they can finish theirs.

Ma. Blezil had been a nursing student when she had to quit school and become a call center agent after their father was terminated from his job overseas. Their mother couldn’t also work because she took care of their sick brother.

Aside from sending the twins to school, Blezil also had to provide for the family’s food and other needs. But she said she doesn’t mind doing this, especially now that the twins graduated with flying colors! It certainly was worth her sacrifice!

The two plan to apply for a job at the Hall of Justice in Bacolod City after graduation.

What is a Hall of Justice?

While the “Hall of Justice” is the fictional headquarters of the animated heroes Super Friends, the place is a judiciary building or a complex of courts in the Philippines.