A glass walkway suspended 3,500 feet in the air suddenly cracked while tourists were walking across it.

Reports claimed that a tourist allegedly dropped a stainless steel causing the Yuntai Mountain Walkway to shatter beneath the tourists’ feet. Fortunately, no one was harmed from the incident as the glass walkway features layers of 2.7cm-thick glass. Each glass can support 800kg per square meter. 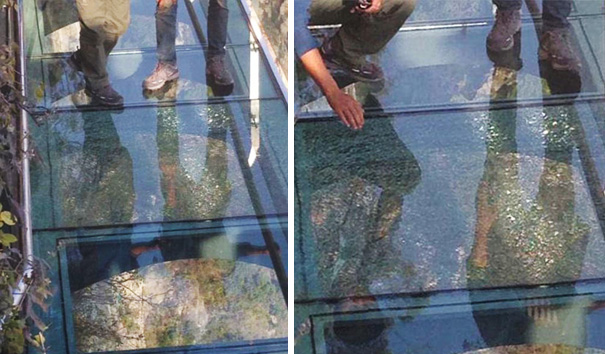 According to the company who built the walkway, the safety of the bridge was not compromised because of the several layers of glass.

Petrified tourists rushed to get to the other side of the walkway for safety. Many of them shared the horrifying experiences on the social media site Weibo. 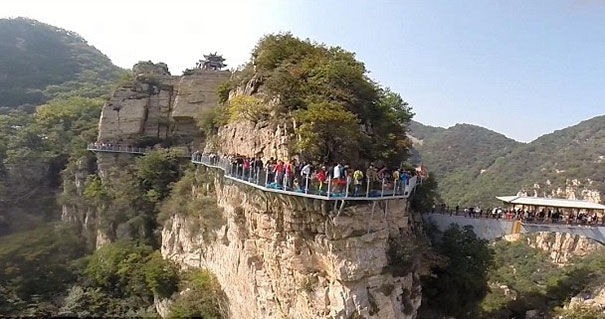 “Suddenly I heard a loud ‘bang’ and the path under my foot started shaking. I looked down under my foot and one piece of glass was broken,” said one of the tourists.

Currently, the walkway has now been shut off from the public as it undergoes repairs. There is no information as to when the walkway will open since the glass plates were custom built.

The glass walkway, which is suspended 590 feet above the ground, is made of double-layered glass that is 24 mm thick. Reports claimed that it is 25 times stronger than regular window glass.

Connecting the two peaks of Stone Buddha Mountain, the glass walkway dubbed as the “Hero Bridge” was previously made of wood. To have it converted to glass, 11 engineers worked 12 hours a day.