Life might be difficult for brothers Marlon and Melvin Mendoza but this does not stop them from trying to work their way to reach their dreams, no matter how out of reach and challenging those dreams might be in their current condition.

You see, Marlon and Melvin literally juggle studying while they try to help earn a living for their family. Life wasn’t this difficult in the past for the two brothers because their father had been the one earning a living for the family but when he got jailed for using and allegedly selling drugs, the family had to cope with his absence.

Living under a bridge near their school in Brgy. San Antonio, Quezon City, the boys commute with their mother, Rochelle, to the footbridge near two of the malls in QC North Triangle so they could sell sampaguita. Since they no longer have time to work on their assignments at home, the boys simply work on those while selling the flowers. 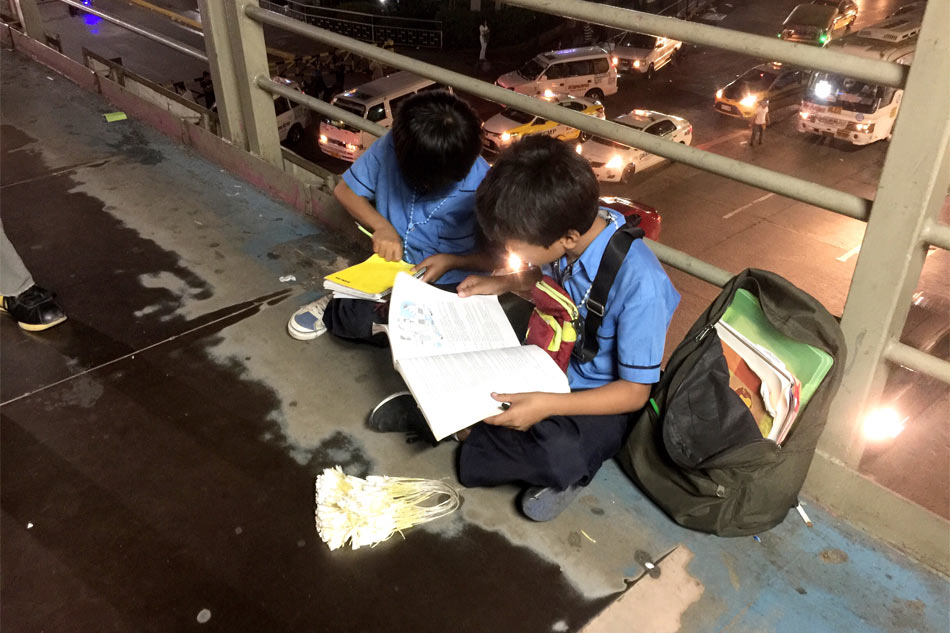 When their plight went viral, many netizens took to giving them food and also buying their sampaguita to help them sell their quota for the night and get back home early.

According to their mom, she did not force the kids to help her sell sampaguita but they volunteered so they can have more money to meet their needs. They get around Php50 for the Php300 worth of sampaguita they sell every night.

Their mom revealed that while their livelihood is dangerous for the kids, they have no choice because they have no other source of income especially because they are not part of the government’s 4Ps. After learning this, concerned citizens contacted the Department of Social Welfare and Development (DSWD) who promised to look into the family’s plight.

While the DSWD initially wanted to take the kids and move them to a more stable shelter than their house under the bridge, their mom refused because they are living near the school and the kids want to continue their studies there.

Amazingly, Marlon was in his class’ top 10 last year – and he hopes he could still be in the top 10 this year. He also hopes to become an accountant someday so he could help his mother earn more money than what they are getting now while selling sampaguita.

Known simply as the 4Ps, Pantawid Pamilyang Pilipino Program (Bridging Program for the Filipino Family) is a conditional cash transfer program of the government that aims to help poor Filipinos.