After several reports surfaced that his fight with Manny Pacquiao has been finalized, Floyd Mayweather dampened fans’ spirits by posting a vacation photo on Instagram.

Relaxing in a hammock in a beach somewhere in Jamaica, the boxer cleared up the reports and said the fight was not made yet.

Laying back, relaxing, enjoying good weather, palm trees and piña coladas. While they continue to lie about making the fight… I’m just going to continue to travel and explore the world on my private jet. #FightNotMadeYet #Jamaica

Laying back, relaxing, enjoying good weather, palm trees and piña coladas. While they continue to lie about making the fight… I’m just going to continue to travel and explore the world on my private jet. #FightNotMadeYet #Jamaica

The post clearly shows he would rather explore the world on his private jet than fight Pacquiao. Of course, this is not surprising news to many Pacquiao fans who have long called Mayweather a chicken or “Gayweather” because of his apparent fear of getting in the ring with the Pacman.

So, what were Mayweather and Pacquiao discussing when they met at Pacquiao’s hotel suite after the much talked about chance encounter at NBA game between the Miami Heat and the Milwaukee Bucks? That meeting had gone on for an hour yet they were not discussing details of their fight?

This brings back memories of the many excuses Mayweather had set in the past just so he could avoid a fight with the Pacman. [Read Mayweather’s 5 Top Excuses to the “Fight of the Century” with Pacquiao]

Fans went wild when Mayweather challenged Pacquiao to fight him on May 2, 2015, yet the excitement quickly died down when it soon became apparent that the challenge didn’t have much substance. The Pacquiao camp did not immediately jump on the challenge, saying Mayweather should first sign the contract before they will believe the undefeated American boxer’s words.

Pacquiao is so skeptic about the challenge that he issued an ultimatum: Mayweather should sign the contract by the end of January or the fight deal is scrapped. As expected, Mayweather only laughed at this deadline.

As the deadline loomed ahead, several sites reported that the fight deal is closer to becoming a reality and that the world should expect an announcement really soon; however, Mayweather’s recent Instagram post effectively shuts these talks down. 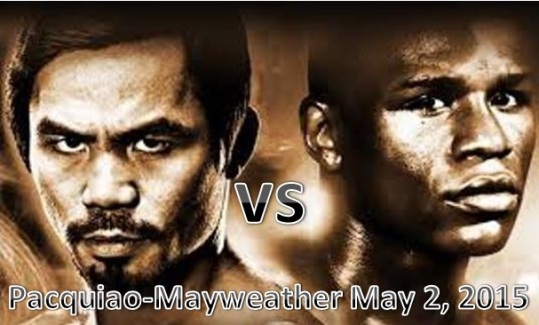 Of course, the recent “negotiations” are not the first time for the megafight between Mayweather and Pacquiao. There were several similar negotiations in the past years, the first of which was in 2009.

News sites reported about the detailed 8-page contract which included who would be introduced first, who would enter the ring first, and who gets to choose his locker room first. The contract even included stipulations on Olympic-style drug tests for both boxers. However, both camps later denied there was ever a contract signed between them.

Over the years, similar negotiations surfaced but the fight never came to fruition. With Mayweather’s latest post, it seems that the much-awaited megafight will NEVER EVER HAPPEN!