We’ve always been reminded not to leave the kids unattended, especially if there are water bodies nearby – because kids can actually drown even in water that is 1 inch deep!

One family in China nearly lost their child after leaving him unattended for a few minutes at the Leyou Baobei swimming center in Zhaoyuan City, eastern China. Perhaps they were confident to leave the toddler alone because he was wearing a swimming ring and that he was in a small pool, anyway.

But they would soon learn a lesson that they aren’t likely to forget for the rest of their lives – or so we hope! 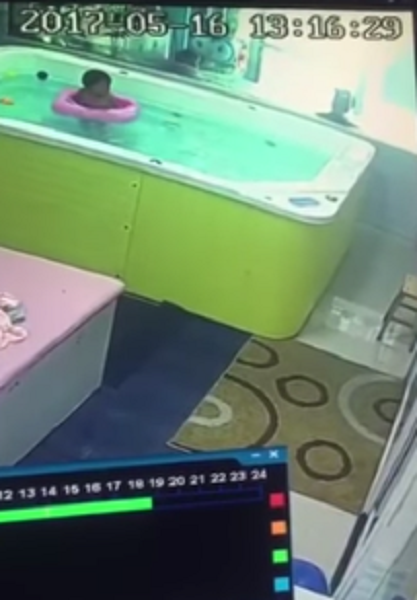 CCTV footage from the swimming center shows the kid swimming in a small pool by himself, without any adult in sight. Well, there was a person in the room at first but the woman had gone out. It is unknown whether the lady was the child’s mother.

Just a few seconds after that lady went out, the child who was just peacefully playing by himself and seemingly safe in the inflatable ring suddenly goes upside down. In a bid to save himself, the kid could be seen kicking his legs to right himself but because of the inflatable ring, his efforts were futile. 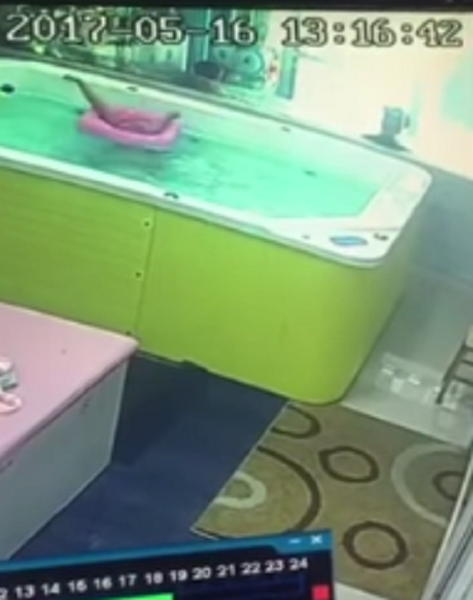 While the kicks were vigorous at first, the disturbing video shows the kid slowly becoming tired. His kicks became sparse and he would soon stop moving! He was upside down for a total of 72 seconds!

Thankfully, someone passing by saw the upside down kid and quickly ran inside to pull him out of the pool. Another person also helped save the kid.

According to reports, the child survived the ordeal but it was definitely quite traumatic for that young kid. Let’s hope this video becomes a lesson for everyone…