The ‘Spoken Word Poetry’ contest piece of an overseas Filipino worker’s (OFW) daughter has won a contest held for Buwan ng Wika – and it’s going viral on social media, touching the hearts of many families…

In her contest piece, Elijah Faith Respicio tackled issues that most children of OFWs experience. 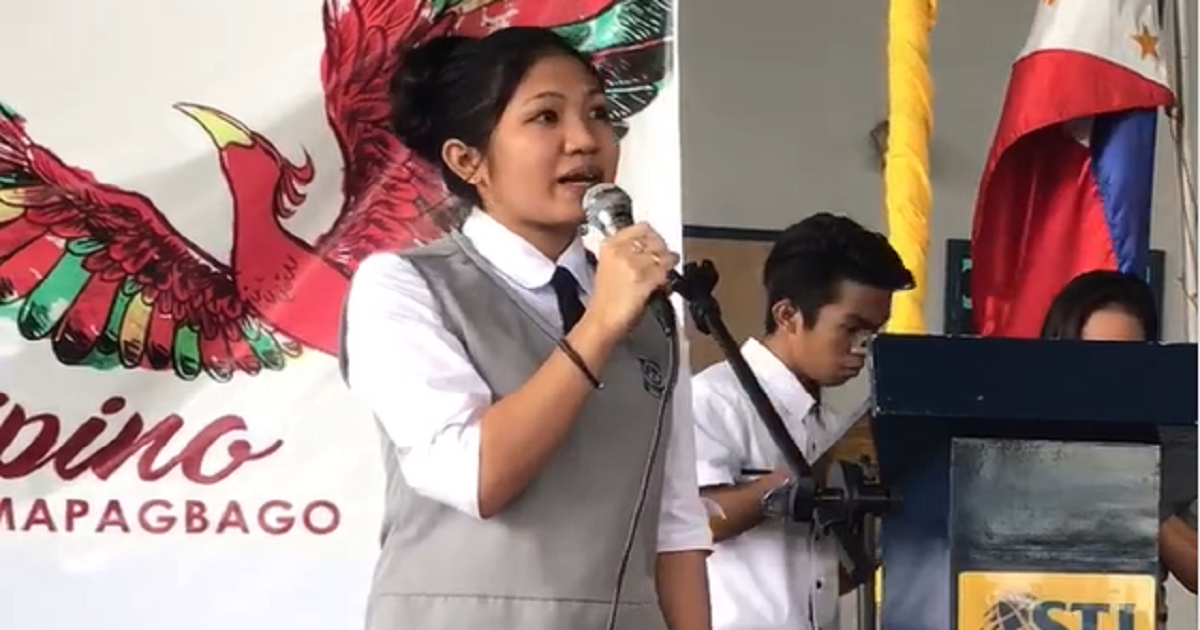 While many people have this notion that OFWs have a lot of money, enjoy traveling to many places, and have lots of fun outside the Philippines as they escape the mundane life in their home country, the reality is grim in many cases.

A lot of OFWs are not really paid well, with many even abused by their employers and not given the right wages. Others might seem to be having lots of fun visiting tourist spots in the countries they live in but many of them would rather live in the Philippines, if only there were more opportunities available for them there.

And a lot of nannies and domestic helpers are taking care of other kids and making sure their employers’ households are in order but they actually wish they were back home, taking care of their own families instead.

Of course, most of them would rather keep these longings to themselves, showing only the fun parts and always trying their best to give money to their families even if it means living as frugality as possible.

Meanwhile, their children might be living comfortably due to the monthly remittance they receive from the OFW but a lot of them learn to resent their OFW parents, also wishing they were physically present instead of just sending money to fund their needs.

Respicio addressed her mom on her speech:

But Respicio understood her mom. She ended her piece with a commendation to the sacrifices made by OFWs, dubbed as modern day heroes…