A person’s survival instinct always puts himself in front of others when it comes to emergencies. Except when the person involved is a family member or your child, it is natural to put them first.

However, it is not easy to put your life on the line for someone you don’t know. But some admirable people still do, without second thoughts.

The police force is one of the few bunches of people who spend their daily lives putting their lives at risk for the safety of other people.

One policeman from China showed how serious he was in giving service to the people he serves. At around 4 am last March 4, 2018, police officer Abdusalam Abulati was doing patrol duties with his fellow policemen when they chanced upon a suicidal woman.

It was reported that the woman, whose name was not included in the reports was fighting with her husband. Not willing to take it anymore, she decided to jump from their first-floor window.

At first, she was just sitting on the edge of the window but in one split second while the policemen were on their way to go near her and talk to her, she jumped!

Without having second thoughts, the policemen anticipated what will happen and used his body as a shield to her fall.

The policeman tried to catch her by hand but the momentum and the intensity of her fall brought them both back towards the pavement.

The fall resulted in the policeman having a spinal compression fracture, while the woman was safe from any injury. 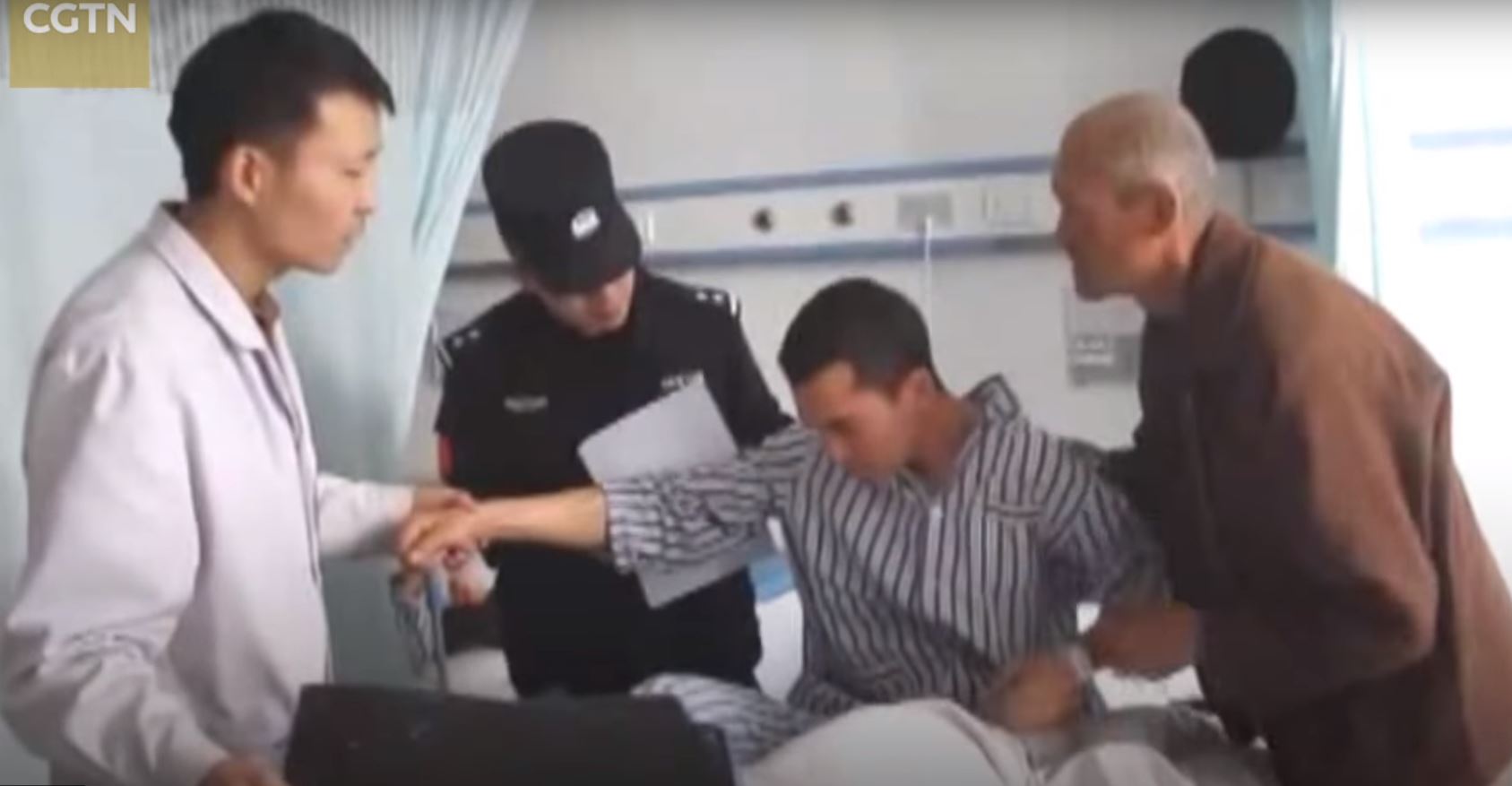 Hats off to Abulati who was dedicated to helping others, but may this serve as a lesson to the woman also. The next time that they start a fight, she might as well think twice before attempting to jump again.

Share this:
Tags:good policeman, OFW jumps from saudi building, policeman, Policeman caught a woman who jumped from a building with bare hands, Woman jumps from building