In the last week of 2017, Filipino netizens were abuzz over photos of faceless Php100 bills that one person withdrew from a local bank. A week later, someone finally ‘found’ out where Manuel Roxas went: to the mountains! LOL

When netizen Earla Anne Yehey posted photos to complain about the faceless Php100 bills she got from a BPI ATM, a number of other netizens joked that she should not be angry because Roxas was just taking a vacation. After all, it’s the holiday season and everyone was going off to some vacation some place or home for family reunions. 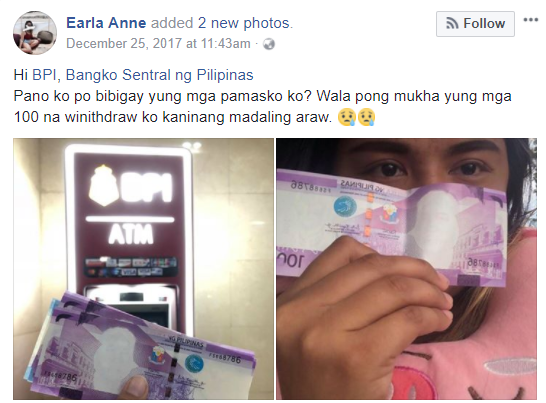 Of course, such were just jokes because how could the hero in the paper money travel, eh?

Well, one netizen posted the answer to that question – he found Roxas on his paper bills, ‘hiding’ in the mountain! LOL.

Remember that the back of the Php100 bill is printed with a sketch of the majestic Mayon Volcano on the right part and a whale shark at the center bottom part.

Emmanuel Claudio Constantino posted photos of the paper money, this time with Roxas’ face on top of the mountain part. He joked that the reason why the Roxas head wasn’t in the money that went viral because it went to this bill – and he might actually be right. 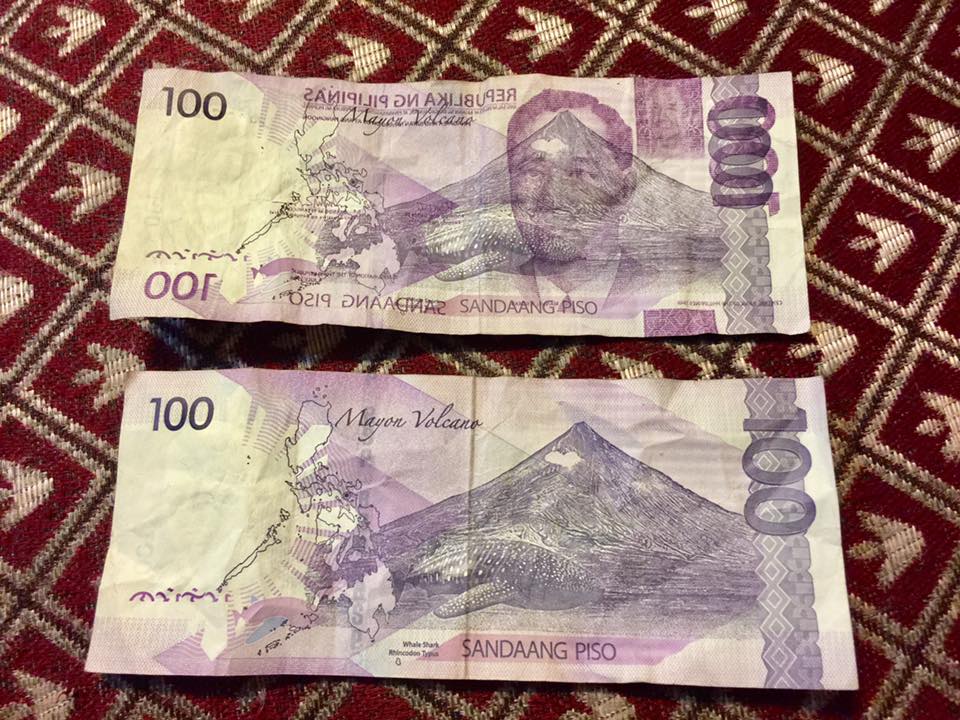 But other netizens could not help but express their joy at finding Constantino’s post, saying they were right all along that the hero was just going on a trip and should be allowed to rest for a while so he could relax with his friends. LOL.

Of course, the explanation here is that this is another misprint. It is still legal tender but Banko Sentral ng Pilipinas (BSP) had urged netizens to stop using misprinted money and just have it changed at the bank; however, others have suggested for these people to keep the bill as these could fetch good money from collectors.