A man who recently claimed that he is from the year 2030 reportedly passed a lie detector test while revealing weirdly specific predictions that may happen to the humanity in the future. The self-styled time-traveler, who introduced himself as Noah, begged to stay anonymous and claims that he might get assassinated if he will reveal what the future will hold.

In a Youtube video, Noah, whose face and voice have been distorted to hide his real identity due to his fear of being assassinated, making a number of claims.

Among his claims include current United States President Donald Trump to win a second term in the White House and to get re-elected in 2020. He also predicted another future leader, who will be a US president in 2030, by the name of Ilana Remikee.

According to him, there will be powerful computers that will be worn like Google-style glasses and a revolution in Artificial Intelligence. He also claimed that humans will reach the planet Mars in 2028, the same year when time travel will be discovered. 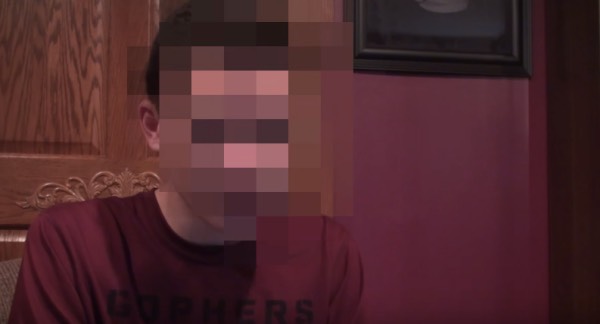 To prove his claims, he agreed to take a lie-detector test, where the machine verified that his predictions are all true. He also claimed that he has “hard evidence” to back up his predictions. Noah says that his mission is to tell everyone in the world about what will happen in the future and that he is risking his life to travel back in time. According to him, he’s 50 years old but he took an age-reversing drug to make him 25 years old again.

I want to be clear.. my sole objective is to prove to you that time travel exists.

In fact I, myself, am a time traveller. 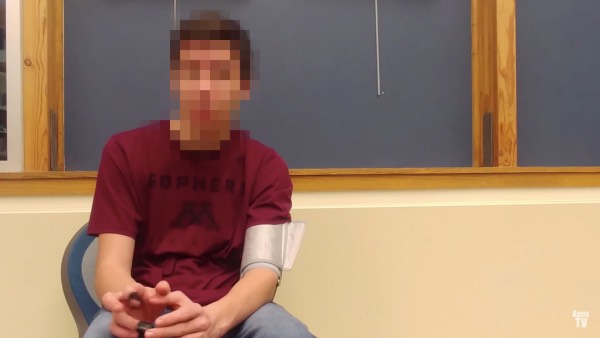 The test states that he is telling the truth. [Image Credit: ApexTV / Youtube]

Meeting Himself 40 Years in the Future

Noah also claims that the person he is meeting is a version of himself from the year 2070 as shocking evidence proved that they are both the same person. According to him, the person showed a bunch of personal information, things that he did, and all the sequences of events.

He showed a bunch of personal information, he said a bunch of things about what I did, he said all the sequence of events and stuff since I came back from 2017.

He said everything that I did, and this is the type of stuff that someone would have to stalk me for my whole life to figure out.

Obviously it would be really hard for him to figure out all of this information.

There is no way that he could figure all this out unless he stalked me from the very beginning.

I believe he is me from the future. 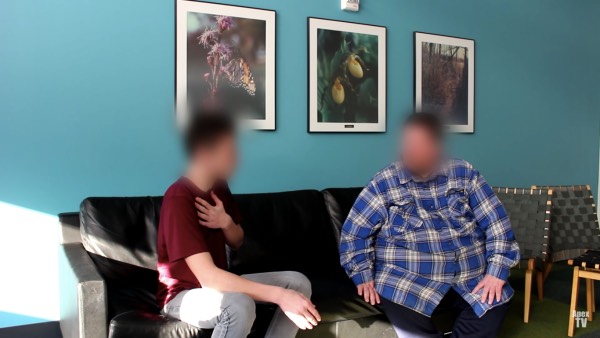 Noah claims that the person he met is him 40 years from now. [Image Credit: ApexTV / Youtube]

Noah from 2070 said that future cars will be able to take people to destinations almost instantaneously and satellites will be used to wage wars. However, he was unable to disclose what countries are involved in the space war. Per him, he cannot disclose the information as it could lead to a time paradox. He also has a microchip inside him that prevents paradoxes so they don’t stay out of order.

You may watch the video of the meeting here:

What do you think about this? Do you think these claims might happen in the future? Let us know in the comments section below!