It happened in broad daylight. At around 3:50 PM last April 18, 2015, a man was randomly scratched several new cars at a parking lot just outside Robinsons Supermarket at the South Central Square in Barangay Lawaan, Talisay City in Cebu.

CCTV footage shared by Teddy M Ticar shows the man parking at a spot in the parking lot, then scratching the passenger door of an adjacent car even before he had fully gotten off his own vehicle. The passengers inside the parked car were too terrified of him to get out and confront him.

After he did the atrocious act which later cost owner Nilo Almarez around P21,000 to repair, the suspect backed his car out of the spot, and parked it perpendicular to the cars across his first victim. He then got out and scratched two more cars using his keys before speeding away.

Talisay City police chief Supt. Germano Mallari revealed that the suspect has been identified yet refused to release his name unless there were formal complaints filed against him, reports Sun Star Cebu.

According to Mallari, this was not the first time this suspect randomly scratched cars because two years ago, he had done the same thing at the same parking lot; though the victim did not pursue the case as he was paid by the suspect’s parents for the car’s damage. Mallari said the suspect had psychological problems. 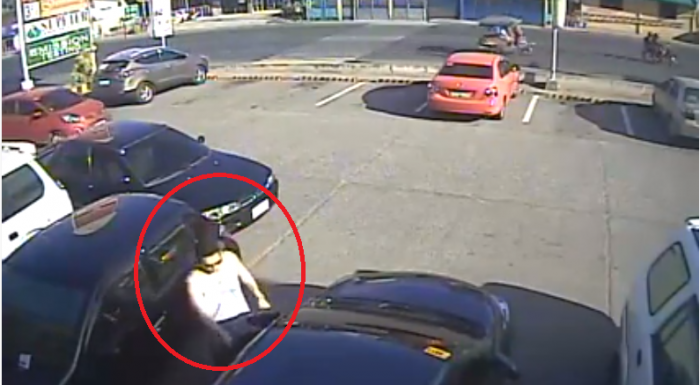 Meanwhile, Danilo Lim, the supermarket’s manager, said security was intensified at the establishment but the incident had been “too sudden”.

The same news report mentioned an advice from the region’s LTO chief that bothered netizens, leading to some angry remarks at the report’s comments section.

To avoid similar incidents, LTO 7 Director Arnel Tancinco advised car owners to avoid parking their cars anywhere. He also advised motorists to avoid bringing their cars if the occasion doesn’t call for it.

What do you think of this incident and the LTO Chief’s remark?