Home
News
News & Culture
This Famous Chef Was Snobbed in Isuzu Bacolod. He Leaves the Showroom and Gets Mitsubishi Strada Instead

All Chef Jun Celis ever wanted was to purchase a D-Max truck from Isuzu. Although he had the money and proper documents to buy one, he failed to take home his dream car for some strange reason: he was wearing a simple clothing.

According to a report by The Daily Pedia, the famous chef from Bacolod and the owner of Virgelio’s Grill chain of restaurants was ignored by salespeople in Isuzu Bacolod because he wasn’t wearing an impressive clothing. Clad in simple shirt, shorts, and slippers, Celis was not entertained by the salespeople and was passed from one agent to another. 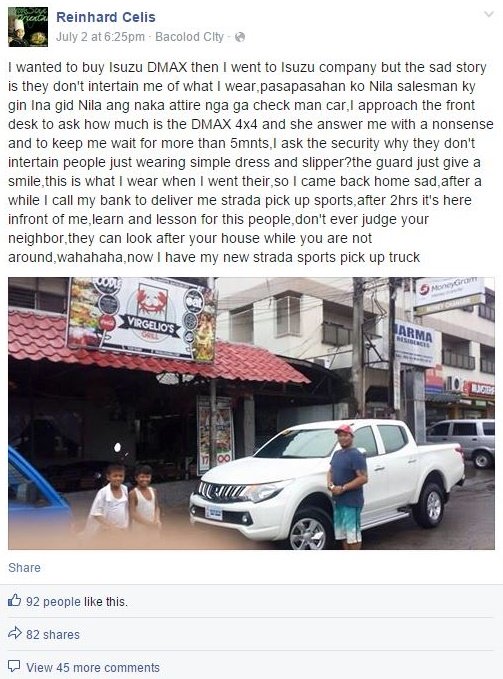 When Celis tried to ask for the price of the Isuzu D-Max, the front desk officer even gave him a rude answer and made him wait for five minutes.

Clearly, this is not the exact treatment any customer would expect from salespeople.

Disappointed by what happened, Celis decided to go home and call his bank to order a Mitsubishi Strada. Two hours later, his new car was delivered at his doorstep. 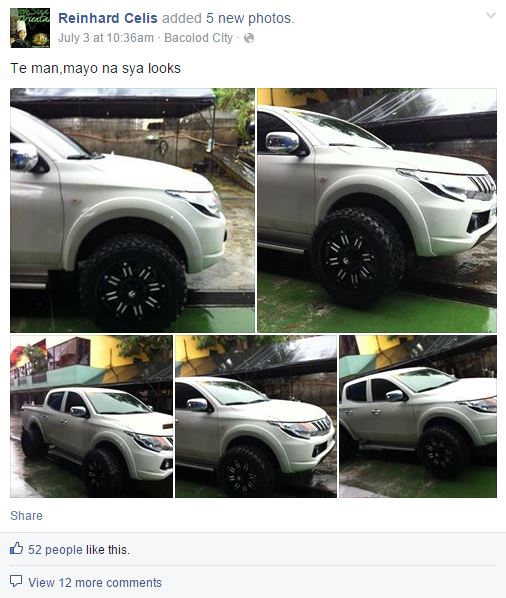 Chef Celis’ story should serve as a reminder to everyone not to judge a person based on his or her appearance.

Man dumped by former girlfriend for being poor books movie theatre for $40,000

In 2007, Hu Xiaoyun got dumped by his ex-girlfriend for being poor.

At that time, he couldn’t afford to purchase two movie tickets. In order to prove his ex-girlfriend that she made the wrong decision, Hu Xiaoyun decided to book four entire IMAX cinemas for the first-day screenings of the latest instalment of the Transformers movie.

“I have been working hard for the past seven years because of that sentence and today I spent half my monthly income to book all the seats in Beijing’s IMAX cinemas on June 27,” he said.