Have you ever wanted to beat a claw machine and get a stuffed animal, a bunch of candies or a watch? The possibilities of the prizes you can get from a claw machine are endless — but getting the prize you are eyeing may not be easy and may cost you a lot of money too.

Unless you are small enough to climb inside and grab the prize, beating a claw machine can be really tough, but that is what a thief in Taiwan tried. The 34-year-old woman with last name Tsai has managed to squeeze herself into a claw machine in an attempt to steal more than half a dozen toys. 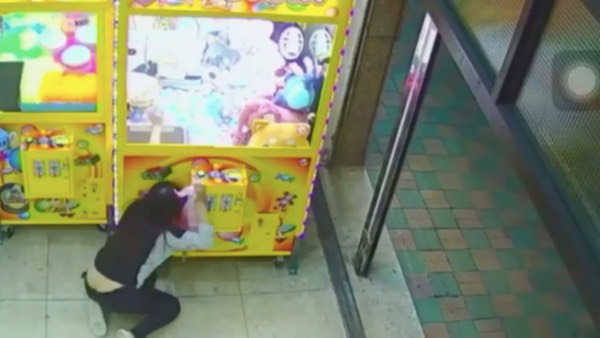 Footage from the business was handed to the police for investigation. Upon review of the CCTV footage, Miss Tsai was seen trying to knock down the prizes using a pink broom first. She tried sticking it into the dispenser so she can pull the stuffed toys closer to the chute. However, her attempt did not work so she tried reaching what she wanted with her hand.

The woman had been playing the game at the beginning. It seems that she got frustrated that she cannot grab a single teddy from the machine in Taichung, Taiwan that she decided to cheat and just grab anything that she wants. 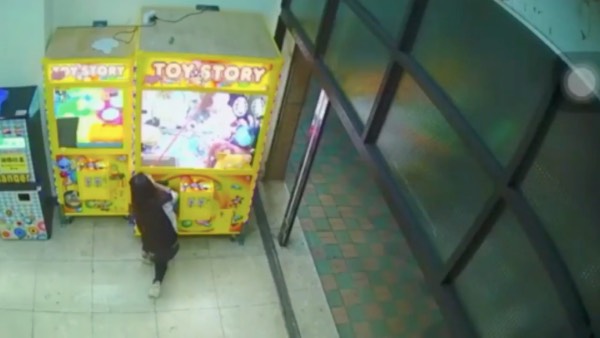 She managed to squeeze her upper body through the 25 cm opening to grab the toys inside. According to the police, the woman was able to steal seven toys in her half-hour stealing spree.

While in police custody, Miss Tsai told them that she had taken sleeping pills and other medicines and because of it, she had no recollection of her past actions. 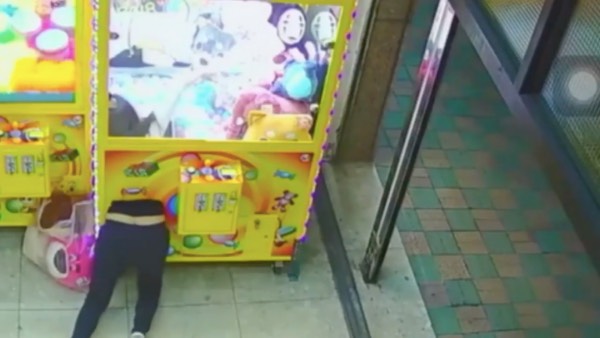 When the broom did not work, she squeezed herself in the machine. [Image Credit: louis rascasse / Youtube]

What Happened to the Toys?

Instead of keeping the toys to herself, Miss Tsai said she had given the prizes to the children living in her neighborhood.

The stuffed toys thief is facing theft charges and the investigation is still ongoing.

How to Beat the Claw Machine?

A Youtuber named Guava Juice shared a video on how you can win every prize in the claw machine. According to him, you need to find the keyhole on the machine first and hold it for three to five seconds until it pops out. Turning the knob will make the machine think that it is time for maintenance.

Although there is no assurance that this will work, it is definitely not worth a try. You would not want to go to jail, right?