One student who was stuck on the subway was given an impromptu ceremony by other passengers after the train delay had him miss his own graduation ceremony.

In a post that has gone viral on social media, netizen Nadiya Afzal shared, “Poor kid missed his graduation because of the train delay this morning….so we threw him a graduation on the train.”

The post has since received over 2.1 million views, with many thanking the train passengers for making this kid’s day still wonderful despite the train delay that had him miss one of the most important milestones in his life.

Many people commented that the train company should give the kid free passes for at least a year for the trouble they caused him. A lot of netizens were also thankful that the passengers gave this boy something that he would never forget for the rest of his life. 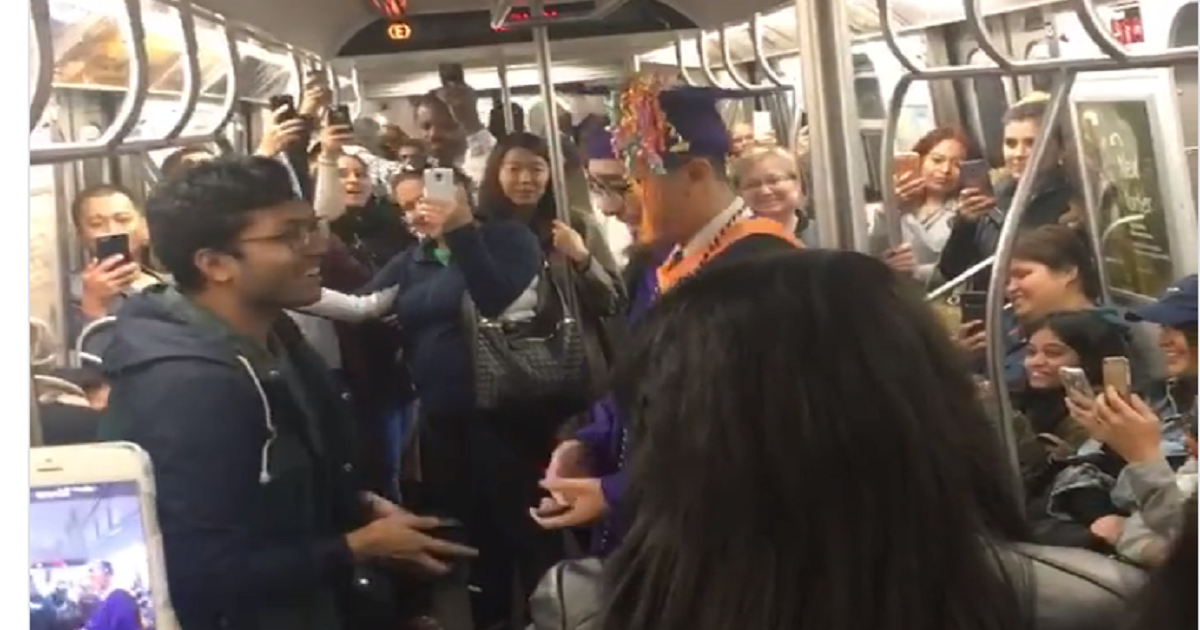 We aren’t sure what happened to him afterwards and whether he still managed to attend part of his graduation but what we know is that this day was extra special! With the post going viral, his teachers have not reason to admonish him for not attending the ceremony.

Plus, he’s probably famous in his school now for the impromptu graduation ceremony. How cool is that?

He was later identified as 22-year-old Jerick Alcantara from Queens, New York.

A subway train is a type of rapid public transport located underground. It is typically found in urban areas.