A sneaky but adorable dog turns an electric fan to face its cage on a hot day. The cute dog’s trick went viral, especially because the family was surprised with its moves. What a clever animal!

Dogs have long been known as clever animals that can easily learn a trick, either through training or even just by observing what people and other dogs do. There are even many dogs that can do things that people don’t expect them to do, such as thinking about turning lights on or off on their own! 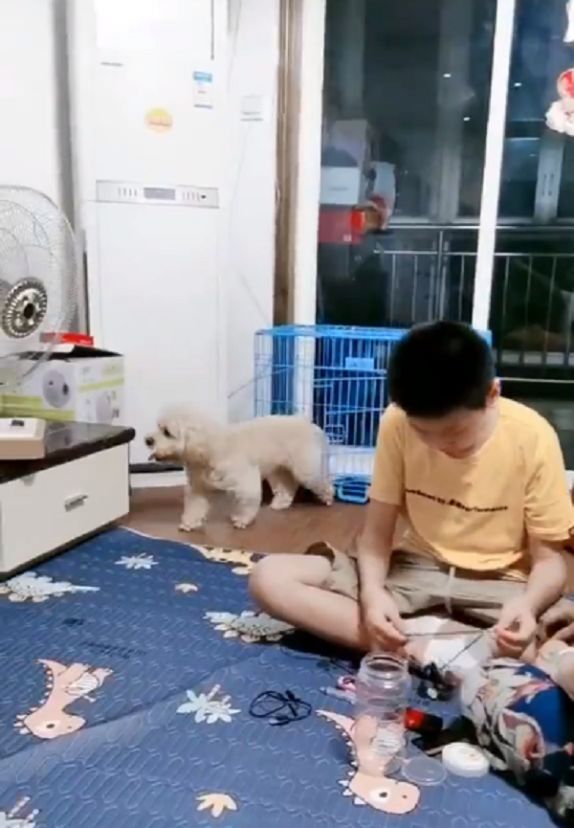 Recently, a small dog went viral for being so sneaky after it moved the electric fan to face its cage during one particularly hot day.

In a video that has gone viral on Twitter, user Yang Yu wrote, “Can’t believe this is a dog 😂.”

The clip shows a family squatting on the floor, busy doing something on the carpet. It must have been a hot day because the dog went out of its cage and moved to the desk fan set on top of a low table in the room. Apparently, the dog felt that it was too hot and that it needed the fan more than the family. 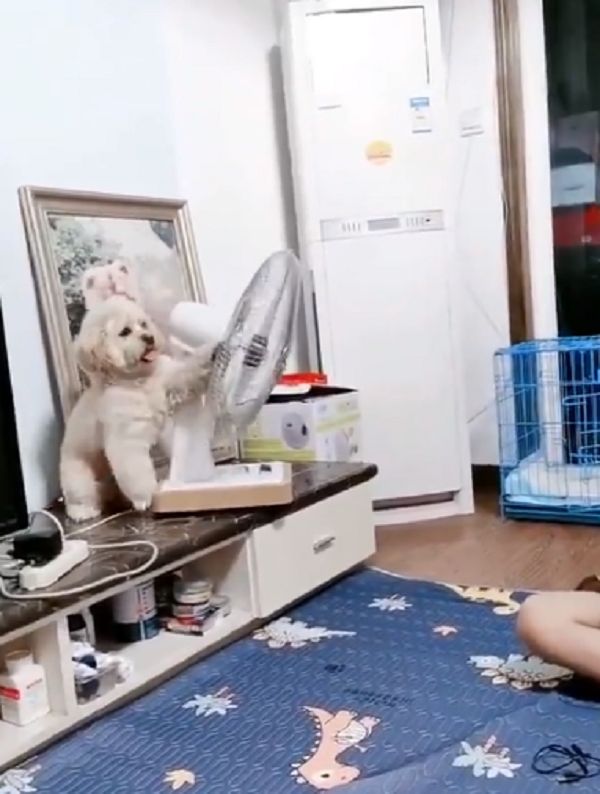 So, it pushed the fan’s head towards the direction of its cage before hurrying back, perhaps hoping that they would not notice!

What’s so hilarious is that the dog even hurriedly closed the cage door and tried to act like nothing happened as it pretended to lounge in its cage. LOL. 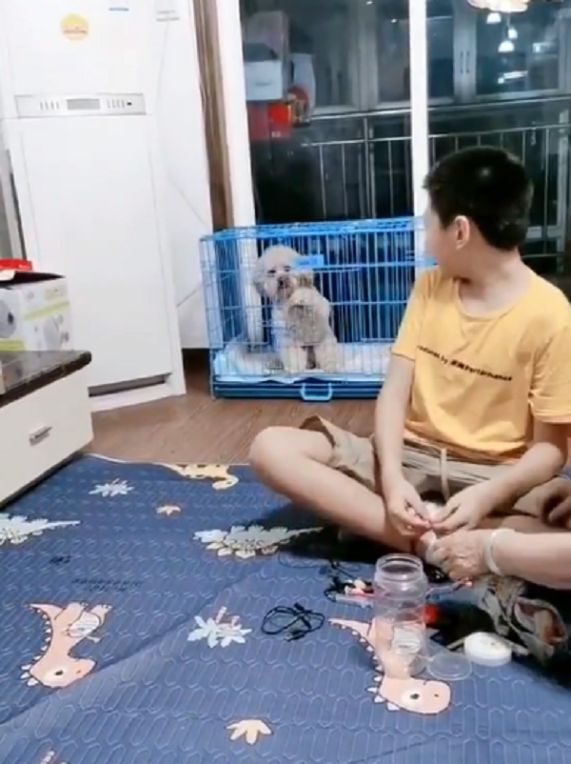 It is clear that this is not the first time this sneaky dog did this because another family member was already ready to capture it on camera. What a sneaky but adorable little dog!

Can't believe this is a dog😂 pic.twitter.com/FZRiX6lEUh

Just like human children, young puppies are playful and have a short attention span. It might be difficult to train them at a very young age, but there are some that can already understand basic commands like “sit” and “stay” as young as 7 or 8 weeks of age.

However, formal dog training usually happens after 6 months of age.