Jessica Cox, record-breaking Filipino-American (Fil-Am) pilot travels the world to share her inspiring message. She believes that never giving up is the key to reach one’s dreams. You see, Jessica was born without arms. She had an atypical non-genetic birth deficiency but this has not let her disability get in the way of her achievements.

While growing up, Jessica did all activities normal girls her age did. She was into modeling, swimming lessons, tap dancing, she joined the Girl Scouts and even took up Taekwondo. She got her black belt in Taekwondo at the age of 14. Jessica said that her parents encouraged her to do many activities and learn after school. She was presumed to do things like any girl her age in her own way, which she was comfortable with.

Jessica said she never dreamt of becoming a pilot. She was only motivated to conquer her initial fears. After riding a single engine airplane together with a fighter pilot, she started to learn how to fly a plane with the use of her feet. Jessica says that when she is up in the air flying a plane, she is challenged to overcome her fears and she liked that feeling. 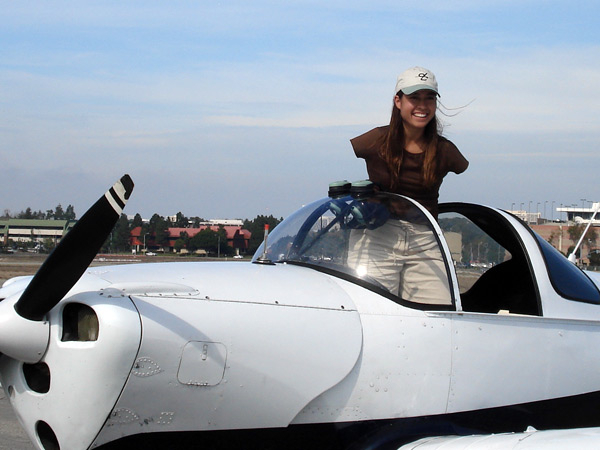 Jessica has travelled to 20 countries in 6 continents to deliver her inspiring message.
Photo Credit: Jessica Cox

After comprehensive training, she received her Light Sport Pilot Certificate in 2008. In 2011, she won the record for being the “First Armless Person in the World Ever to Have Obtained a Pilot’s License” in the Guinness Book of World Records.

Jessica has also received numerous international awards not only as a pilot but Inspirational Awards as well in different countries. She also earned the title of the first person without arms to obtain a black belt in the American Taekwondo Association

Aside from the normal activities that Jessica does, she was also able to get married like most women her age do. She met her husband Patrick Chamberlain in 2010 in a Taekwondo class where Patrick was the instructor. They got engaged in 2011 and married in 2012.

Currently, Jessica has gone to 20 countries on six continents to share her inspiring story. According to Jessica Cox, anyone can outshine, despite any disability, with the right support and encouragement. 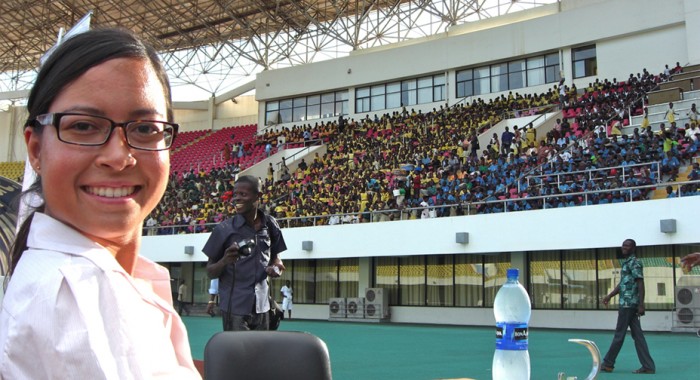 Jessica Cox once delivered a motivational speech to hundreds of students in Ghana in 2011.
Photo Credit: Jessica Cox

Jessica, who is currently based in Tucson, Arizona is the daughter of Ines Macabare, a Filipina who hails from Mercedes, Eastern Samar in the Philippines.

In 2014, Jessica and her mother Ines, visited the Yolanda-stricken typhoon victims.