A train station is definitely not the best place for a kid to be, especially one who is by herself and studying; yet for one girl in India, it was the best spot where she could get her assignments done for the night!

The unnamed girl was photographed sprawled on the dirty floor, barefoot and looking rather shabby as well but what amazed netizens is that she didn’t mind all that as she was busy making her assignment under the train station’s light.

It is a sad reality in India and in many parts of the world that homeless kids like this girl have to deal with a lot of problems, including not having light at home for them to make their assignments in the safe confines of their dwellings. 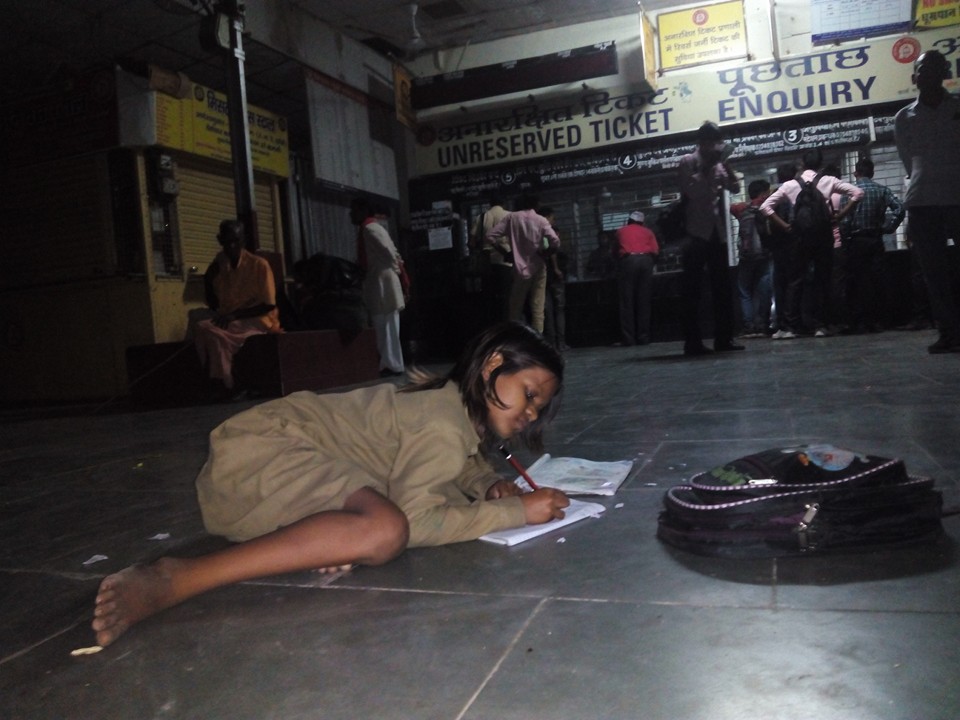 But this girl’s poignant photo touched the hearts of many netizens it would soon go viral. Some people who commented on the post made by the photo uploader, Rider Rakesh, mentioned that after the post went viral, people connected with the uploader and was able to provide her with some basic needs.

An emergency light is a battery-backed lighting device that can be recharged so it can provide light again after the battery is drained. While most of these devices can only be charged via standard power supply, some have options that allow the user to charge it using solar power.