Netizens are having a good laugh over photos of a car crash in Parchment, a city in Kalamazoo County, Michigan. The unusual car crash left a lot of people scratching their heads in wonder because the car appears to defy gravity!

In the photos, the white sedan appears to balance on just one corner of its body, but the vehicle was barely touching the ground. The rest of the car appears to be perfectly balanced and ‘floating’ up in the air. How did that even happen? 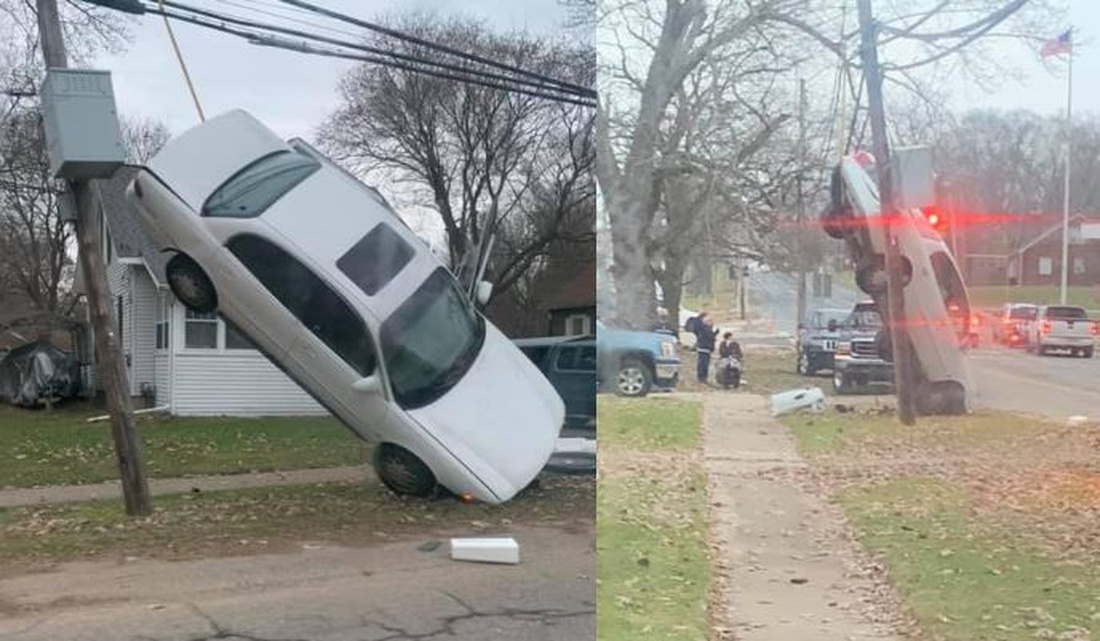 According to WKZO AM/FM), Kalamazoo County Sheriff deputies told reporters that a 51-year-old woman from Portage was driving along G Avenue near Riverview Drive on Sunday afternoon when her brakes went out. Somewhat panicking and too scared that she might crash into oncoming traffic, the old lady decided to reverse the vehicle in a bid to make it stop.

But the sudden acceleration in reverse made the car go up the guy wire supporting a utility pole. This led to her back tires flying up several feet in the area. The car is actually dangling on a wire connected to the utility pole but appears to be floating in the pictures. The front portion of the car was barely touching the ground.

Luckily, the car did not sustain much damage from the rather unusual crash. The woman was also quite lucky to have escaped the incident without injuries, but she was cited for the crash. Still, she was thankful that she only got a citation over the incident, not a huge hospital bill! Whew. 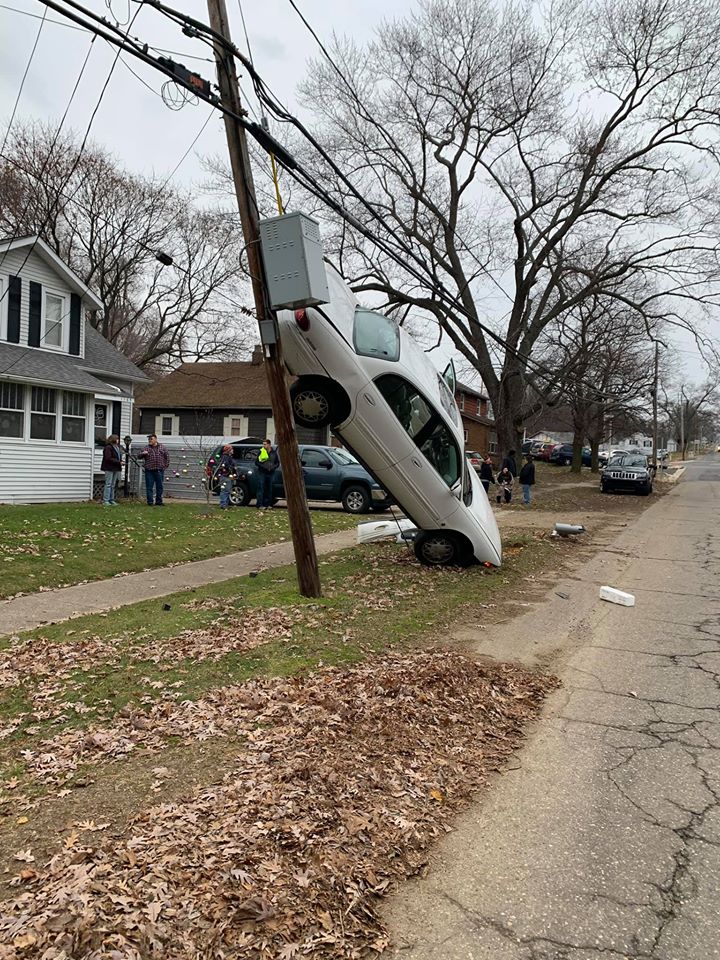 But photos of the car accident went viral, with netizens making fun of her ‘parking skills’ on social media.

“That’s not where you’re supposed to park!” someone joked. While another said that this woman actually had God-level parking skills. LOL. 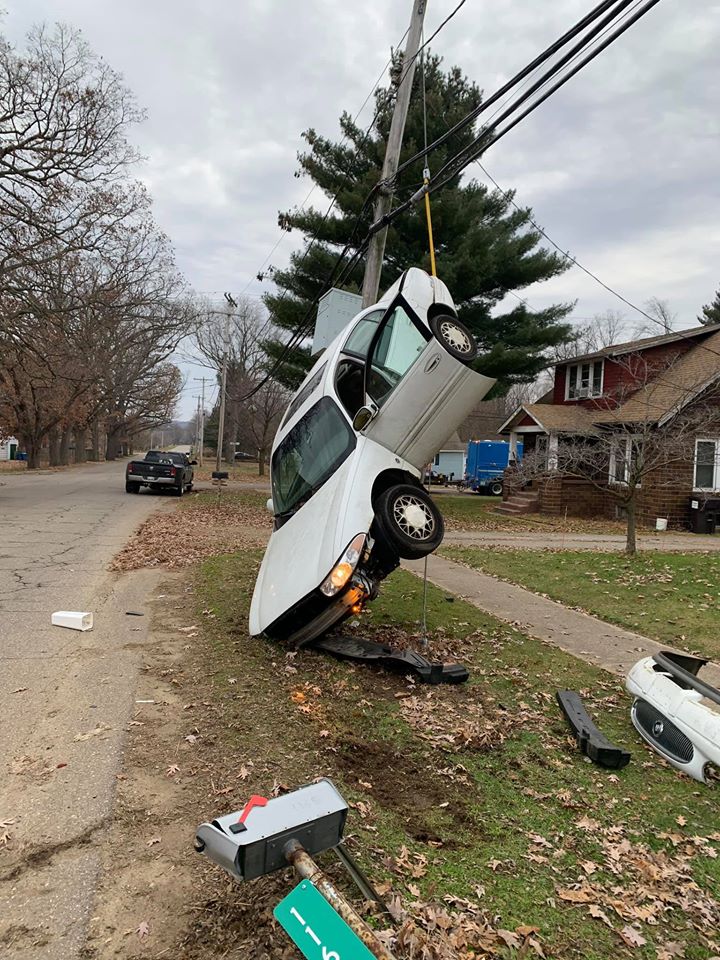 What is God-Level Skill?

Netizens rank things, be it games or skills or something, as Noob (beginner), Pro or Master, and God-level, with the last reserved to the most skillful of players or people. Those with God-level skills are the most impressive because they are able to do things that most people find impossible to achieve.