This year is no exception. In fact, 6 men from Narvacan, Ilocos Sur were caught on camera taking turns in indiscriminately firing bullets using handguns and rifles.

Their photos and videos originally posted by Facebook user Drew Lutchina on January 1 spread like wildfire on the social media enraging netizens. Lutchina’s post is already inaccessible as of press time. 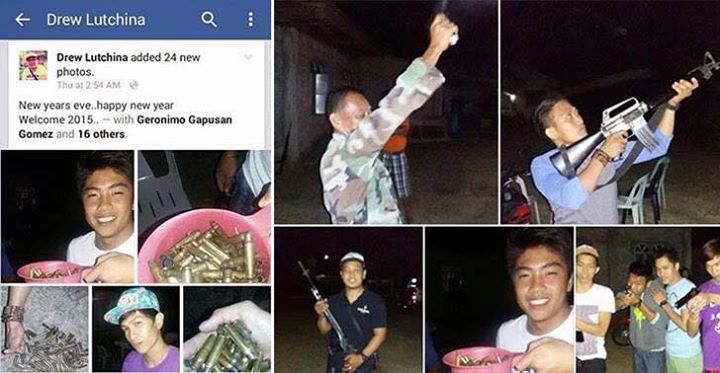 PNP Deputy spokesperson Senior Supt. Robert Po said they will be checking if the guns used in the incident are licensed via firearms license database.

“[But] whether licensed or not, the police investigation can be started by interviewing witnesses so that appropriate criminal charges will be filed,” Po added.

The PNP has released figures for the number of victims of stray bullet incidents between December 16, 2014 and January 4, 2015. According to their report, 43 were injured while one died. Most injuries reported were from the National Capital Region.

Jercy Decym Buenafe Tabaday, an 11-year-old girl from Abra, died after being struck by a stray bullet in the head.

The grade four student from Bumagcat Elementary school was outside their home watching fireworks  when she was hit by a 0.45 caliber bullet.

Her father Efren and four of his drinking mates underwent a paraffin test to rule out their probable involvement in the case.

In his interview with the Philippine Star, Abra police director Senior Superintendent Albertlito Garcia stressed that Efren is not considered a suspect in the case. He explained that the paraffin test is done to similar cases as part of a standard operating procedure.