Thousands of people die each year due to drowning accidents – and there were reports of strong swimmers also dying in the water due to failed rescue attempts on those who are drowning or because they were battered by the waves and taken by a riptide to deeper, more dangerous parts of the sea with no hope of getting back to shore without assistance.

At a beach in Buenos Aires, Argentina, a dramatic rescue was caught on camera.

It was easy to see on the video that the waves were strong and big that day. At a distance, several swimmers could be seen struggling to keep themselves afloat and were waving for help.

Immediately, a lifeguard swims towards the group bringing a floatation device. Two more lifeguards rushed to help the struggling swimmers but the waves were too strong for them to make quick progress. 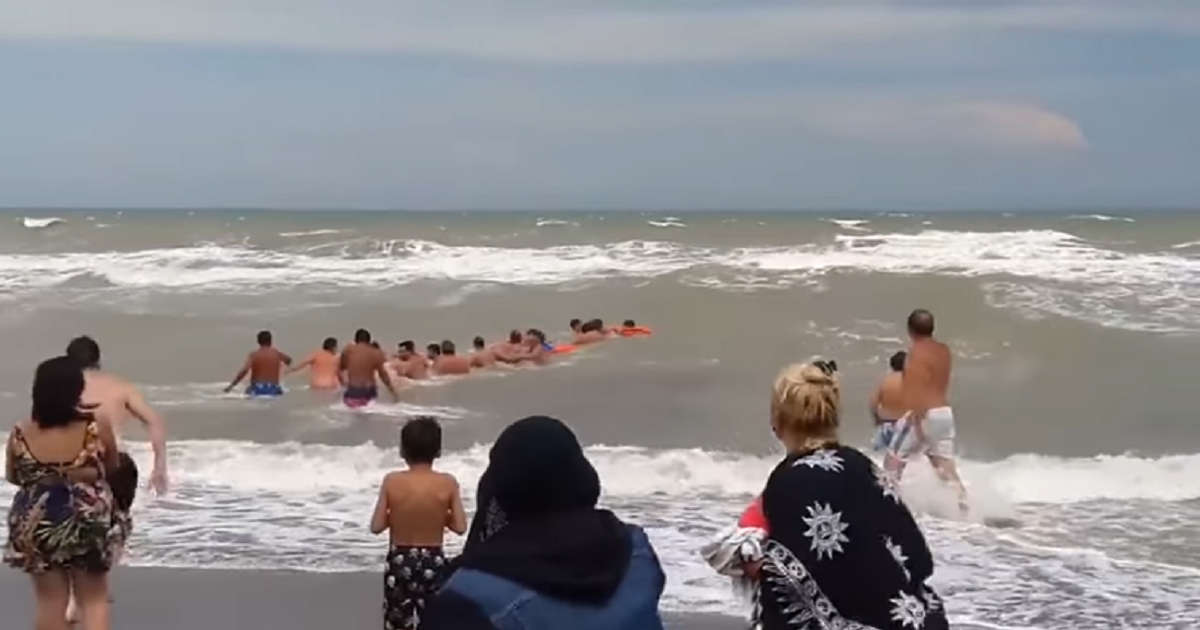 Soon enough, they were able to reach the group and help them back to shore but the going was slow. Even with three lifeguards assisting the group, it was soon clear that they are still struggling to bring the people to shore.

Seeing this, several beachgoers rushed to help the lifeguards save the group. They formed a human chain to ensure that no more people will get drowned by the huge waves.

Indeed, it was a heartwarming moment that proves us there is still hope in humanity – and that we still live in a world where people can care for strangers enough to risk their own lives to help them out.

Watch the heart-stopping moment in this video:

What is a Lifeguard?

A lifeguard is a person, male or female, who is trained to rescue people from drowning in water facilities like a swimming pool, river, water park, or beach.