A lot of out-of-school kids often have the same reason for quitting school: their parents are too poor to support them in their studies; thus, they turn to peddling or begging in the streets just to earn some extra cash for themselves or even for their own families.

So, it is with great joy that we share to you the success of two young men from two different families – poor families at that!

His proud father, Edwin, admits they were poor and he has to work extra hard for his son to finish school. Edwin felt wonderful that Erick has graduated from college despite the financial constraints, saying he was not expecting it but the medal was a welcome bonus. 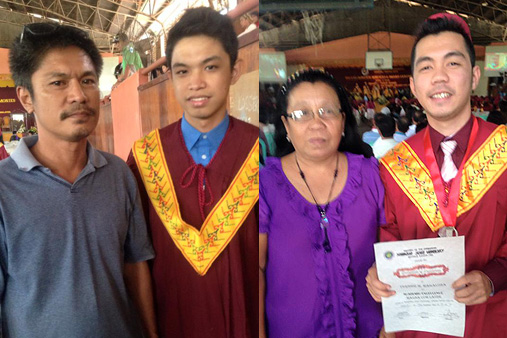