Adoption is a beautiful moment that many kids celebrate, especially if they spent a lot of time in a foster home or orphanage. It’s something that many kids look forward to, particularly in the US where there are roughly over 135,000 children getting adopted each year.

One of these kids is 5-year-old Michael Orlando Clark Jr. who was set for an adoption hearing last December 5, 2019. To celebrate the joyous occasion, the young boy invited his entire kindergarten class to the hearing – and their parents responded positively, with everyone allowed to go to court to watch the proceedings. 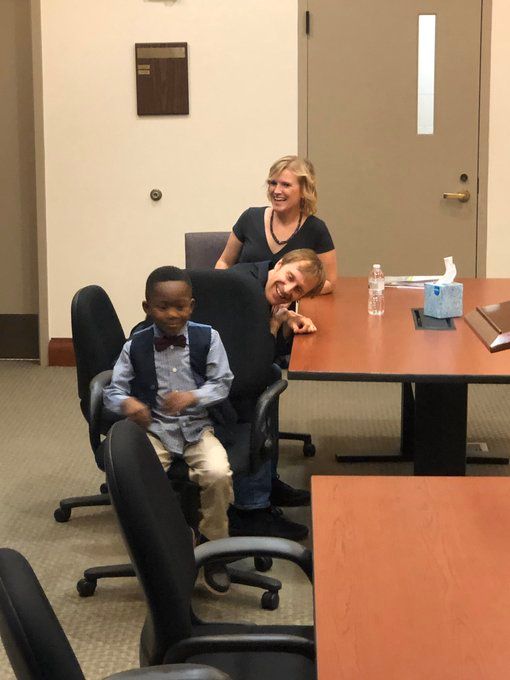 With red and pink hearts placed on sticks, the entire kindergarten class went to Kent County courthouse in Michigan to support their classmate. Michael was definitely over the moon as he gets welcomed into his new family, officially, while surrounded by his friends and classmates.

It was a sweet adoption party that got everyone in court crying tears of joy. 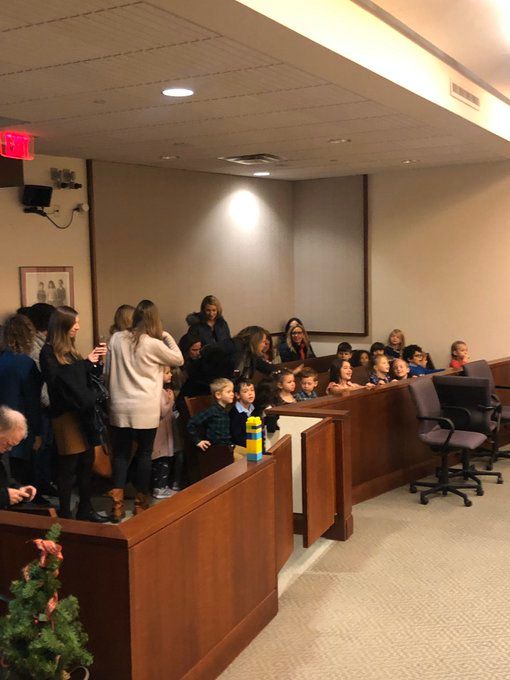 The story would quickly go viral, with a lot of netizens happily expressive support for this young boy and his new family. Many think that it was truly sweet of him to invite his entire class to the momentous event – and totally awesome for the entire class to actually go and support him! 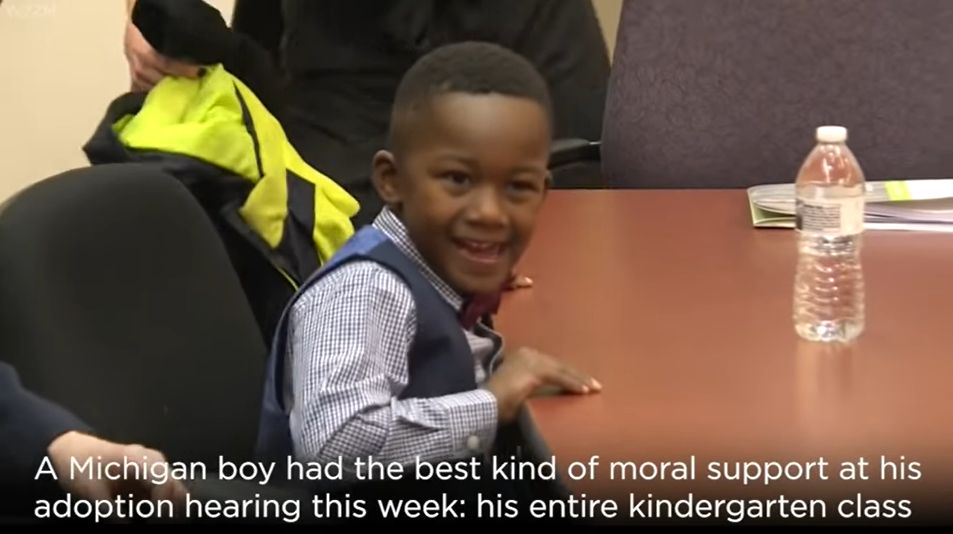 After the story went viral, even the Michigan Supreme Court congratulated Michael on his big day. 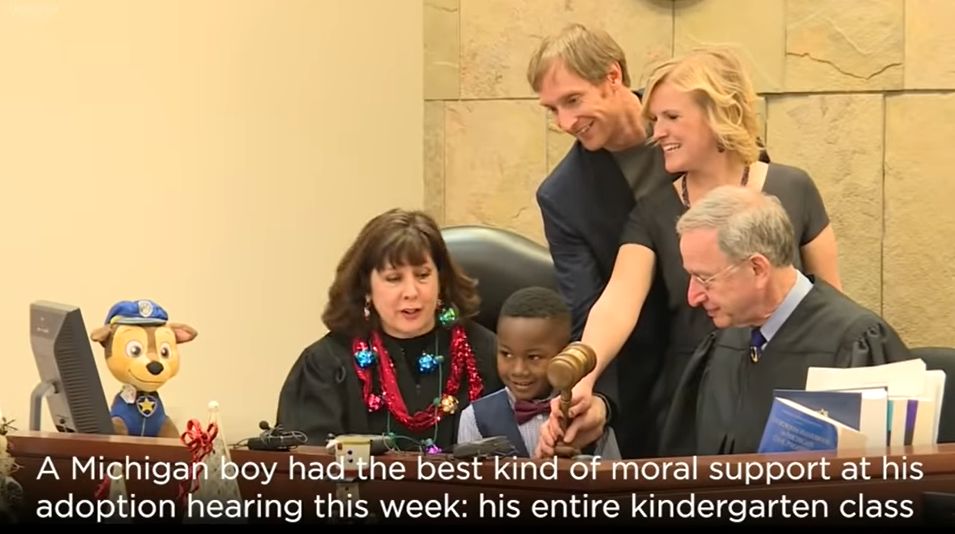 Grand Rapids-based reporter James Starks was also quite impressed by the events. He shared photos of the kindergarten class as they supported their classmate.

“Probably the cutest story you will ever see. A kid who’s being adopted invited his ENTIRE kindergarten class to attend his adoption,” Starks wrote on his Twitter account. He also narrated that there was no dry eye in the courtroom that day as the entire class cheered for Michael. 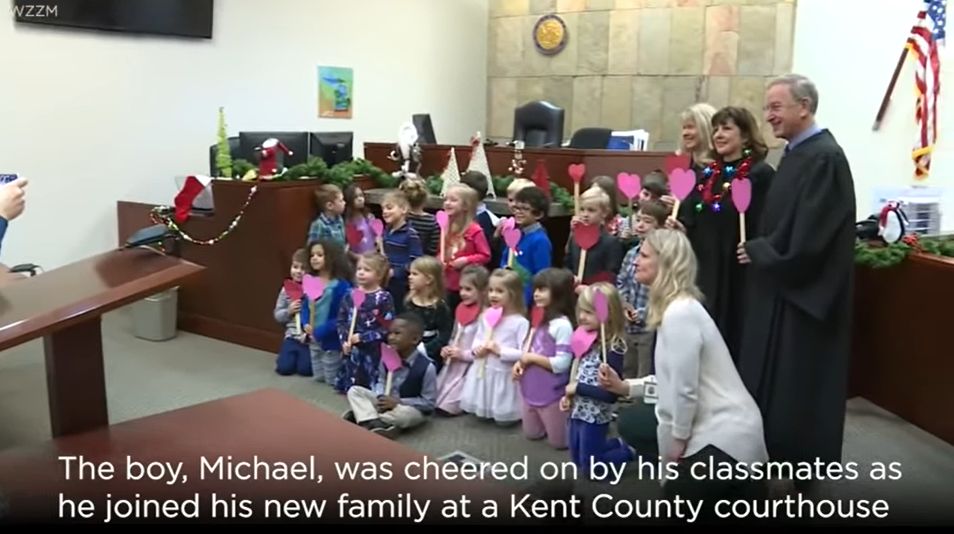 Adoption is the legal process in which a person assumes legal parenting of a person (or animal). Legal adoption permanently transfers all the rights and responsibilities, including filiation, from the biological parents to the adoptive parents.