A ‘guard dog’ was caught sleeping on duty! The adorable photo would soon go viral, with netizens sharing similar experiences with their ‘guard dogs’, too.

‘Guard Dog’ Not on Duty!

A lot of people don’t just get dogs to have some pets at home but also to have a guard that would protect the house from unwanted intruders. But things don’t always go as planned because the ‘guard dog’ might turn out to be such a softie! 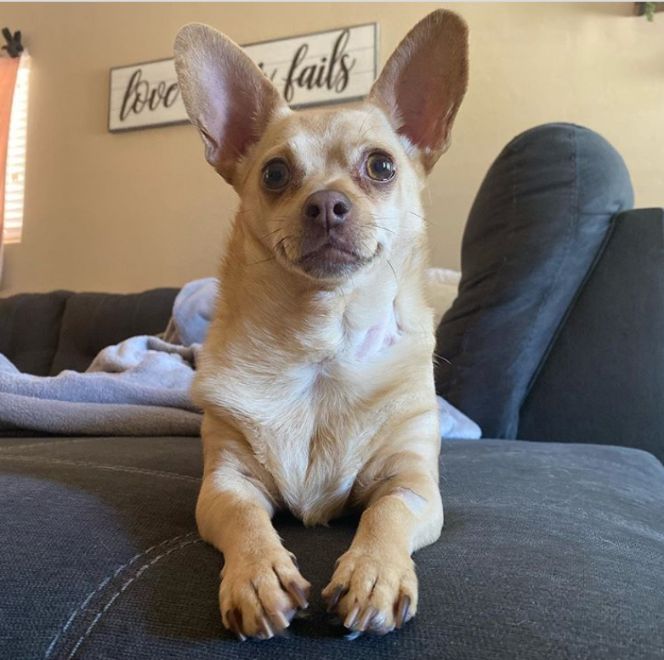 Take for example, Gracie, a Chihuahua that’s so different from your typical noisy little dog. While many already know that small dogs tend to be so noisy in something called “small dog syndrome”, Gracie is a big exception to that rule.

Instead of being a noisy ‘guard dog’, Gracie loves doing nothing at all! She simply loves to chill and doesn’t get worked up even when there are strangers in the house.

“She’s a complete opposite of a stereotypical Chihuahua,” said Scott Hubbard, Gracie’s owner. “She is the definition of chill. She’s the most relaxed dog I’ve ever met in my life.”

That simply means that Gracie is such a terrible guard dog. On a typical day, you could see Gracie lounging on her special chair, enjoying the sun and the breeze. She does not care if there are new folks arriving at the house she’s supposed to guard. Everyone is welcome to come and go! LOL. 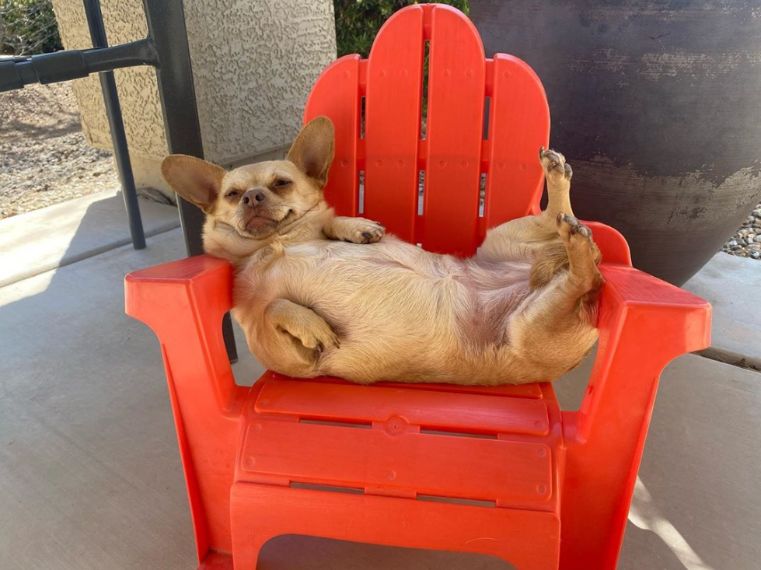 Scott explained that they did not adopt Gracie for the purpose of letting her guard the house, of course. But they all assumed that she would do that, anyway, just like what other dogs do on instinct.

The Hubbards did put up a sign that says “Beware of the Dog” at their gate, but that’s scarier than the actual ‘guard dog’ on duty. When asked to rate Gracie’s performance as guard dog, Scott readily replied: 0/10! LOL.

But what if there are intruders while Gracie is on duty?

“They would relax with her and have a drink together,” Scott predicted. LOL.

“She is extremely loving and happy. I never have to think, ‘I wonder what Gracie is doing?’ She’s in the same spot when we leave and when we get back. Her personality is exactly what you see.”

This is the type of behavior that makes small dogs noisier and seemingly angrier than big dogs. It is believed that small dogs do this out of fear and that they think this would make them bigger than they actually are.