A man from North Carolina just had the surprise of his life when the police recently arrested him for not returning a VHS tape he rented 14 years ago.

James Meyers, 37 years old, was driving his daughter to school one morning when Concord police asked him to pull over. Unexpectedly, the cops later said that he had a warrant of arrest – for not returning the 2001 comedy movie “Freddy Got Fingered.”

In an interview with WSOC-TV, James said “I thought he was joking,” referring to the cop who issued the arrest. 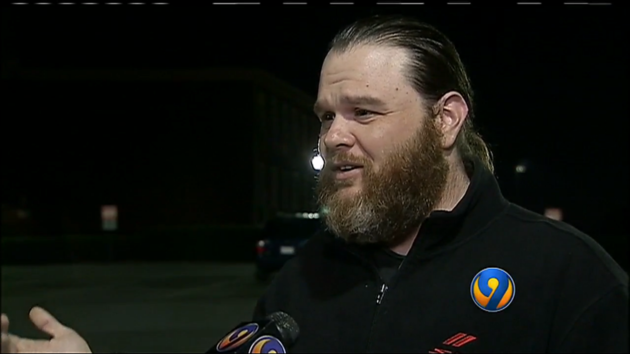 According to Meyers, he couldn’t even remember renting the film. Apparently, a warrant was issued back in 2001 upon his failure to return the VHS tape to the rental store.

When the police informed him about the arrest, Meyers requested that he at least be allowed to drive his daughter to her school under the promise that he would go to the police department himself later in the day.

At the back of his mind, Meyers thought things would get sorted out later on but he was shocked to learn that he had been charged with class 3 misdemeanor, an offense that is punishable with up to $200 fine. He is scheduled to appear in a court this coming April 27.

“For the first time, I got put in handcuffs.”

“It doesn’t matter what kind of warrant it is, if it’s a warrant we’re going to serve it.”

Meanwhile, Tom Green, the lead star of the movie, heard about the incident and tweeted about it last Wednesday night.

“I just saw this and I am struggling to believe it is real,” he said on his Twitter post.

Green eventually got in Meyers and told him he’d do his best to help him.

“If it’s 200 bucks, of course I’ll pay it for him, just for the principle of the thing,” Green said in an interview.