People usually think that diabetes is linked to eating sweets, however, a study revealed that eating potatoes can be linked to diabetes among pregnant women.

Take Laurie Finberg, a pregnant mother who went to the doctor because of a health concern. She never expected that she will be diagnosed with gestational diabetes. What was even more shocking was the cause of her disease. 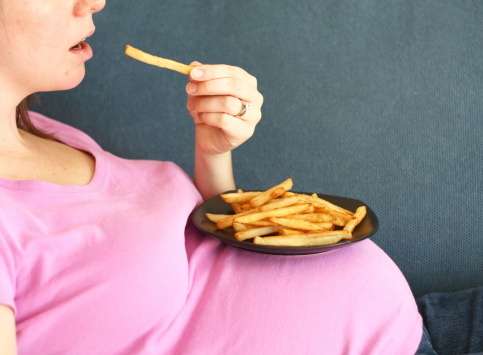 Laurie was a completely healthy woman. However, after the diagnosis, she discovered that potatoes were to blame for the high sugar levels in her blood. A food she had never thought twice about consuming before or during her pregnancy, was now the cause of this pregnancy-induced diabetes.

I had a pretty balanced healthy diet, before I was pregnant. Yeah, potatoes are part of my diet.

Starch from potatoes is quickly absorbed and causes a sharp rise in blood sugar. This produces stress on the pancreas to produce insulin which eventually causes Type 2 and gestational diabetes.

According to Dr. Aldo Palmieri, a researcher, potatoes raise blood sugar in people more than any other food. He says that mothers should eat potatoes in moderation or replace two of those usual servings with another vegetable like whole grains or legumes to decrease the chances of developing gestational diabetes.

However, the researchers of the study pointed out that eating potatoes does not necessarily cause gestational diabetes, and although there is a definite correlation, more research is still needed.

What is Gestational Diabetes?