A stray dog keeps taking a unicorn toy from a street vendor. Taking pity on the dog after intervening several times, the local dog pound authorities finally decided to just buy it for him! Isn’t that cute?

There are many reasons why people get a dog. The primary reason, of course, is that they love pets and enjoy having a fur baby at home. Other people have dogs at home to protect their household from bad guys who wish to enter and take their valuables.

But what if the dog is the one who takes the things? LOL 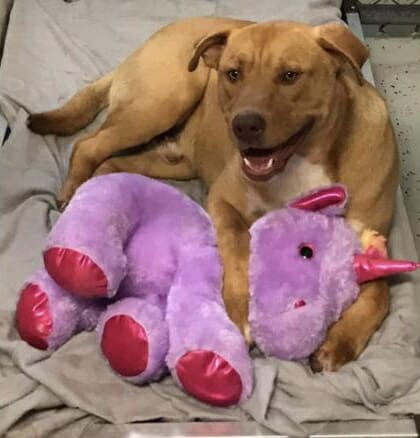 A male stray dog named Sisu recently went viral after he kept entering a Dollar General store in North Carolina, US, to get a unicorn toy that the store had on display. The staff reported that he entered the store five times to get the same unicorn toy!

Because Sisu appears to really like the toy and would surely not stop taking it from the store over and over again, the staff decided to call Duplin County Animal County for help. They knew that Sisu has to be rescued or else he would continue taking the stuffed toy from their store. Who knows if he’d try to take something else in the future? 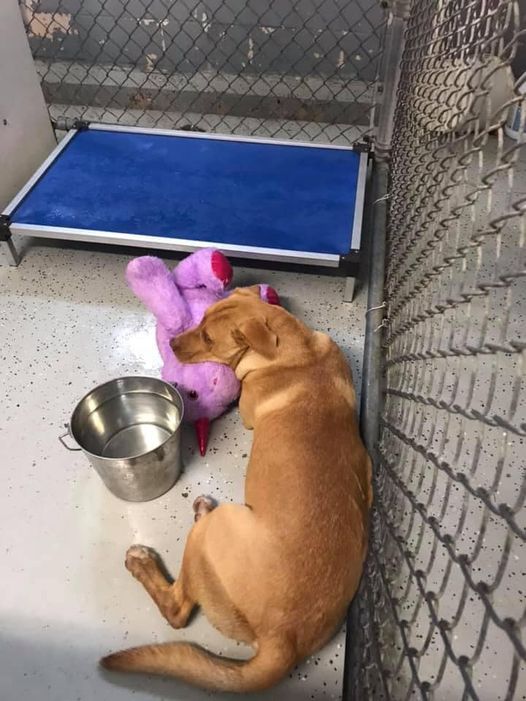 The dog pound authorities caught Sisu and ‘charged’ him for breaking and entering as well as larceny. LOL. The adorable unicorn-loving dog is now behind bars – at the dog pound, that is. But the kind officers who responded to the store’s call decided to buy the soft toy for him. After all, he must really love that unicorn to keep taking it from that store.

Larceny is a kind of theft that involves taking of personal property.