Every parent wants only the best for his/her children – even if that means sacrificing everything so their children are well fed and are able to go to school so they can have a better future! But there are many times that children misunderstand their parents’ intentions or simply want to enjoy life on their own.

In Shanghai, China, one dad known only as ‘Zhang’ discovered that his 14-year-old daughter has been secretly going out at night.

While he initially thought that she was sneaking out with her friends or possibly a boyfriend, he was shocked to discover that she was working as a hostess at one of the infamous nightclubs in the city!

The shocked dad managed to track down her daughter to the nightclub and was horrified to see her entertaining men at Mook, a nightclub on Nanjing West Road in Shanghai where Paris Hilton had once performed back in 2014.

Indeed, it was a father’s worst nightmare! It is difficult to imagine seeing your own scantily clad child entertaining men at a nightclub! 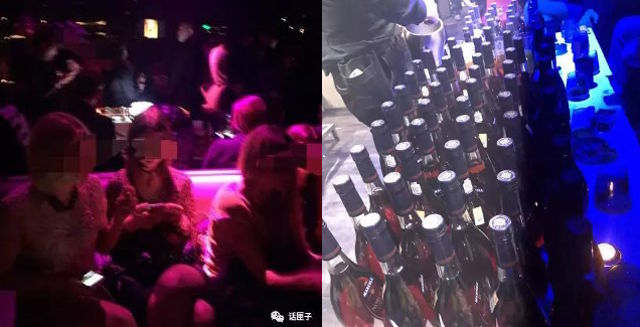 “I didn’t believe it at first until I saw her sitting behind the bar, wearing heavy make-up, cosmetic contact lenses and false eyelashes. Her cleavage was exposed, and I was scared to death when I saw her like that,” a still dazed Zhang told reporters.

According to reports, Zhang rushed to confront his daughter but the young girl managed to escape before he got close enough to talk to her. She also refused to answer her dad’s calls – and she hadn’t returned home since the incident.

In hopes of finding his daughter, Zhang appealed to the media for help. He also investigated the club and has alleged that minors just like her daughter were free to work there.

After public outcry over the incident, the local authorities began conducting raids and investigations at the Mook club and similar facilities to ensure that young girls wouldn’t be allowed to work there again…