Home
News
Weird News
Angry Bride Sues Runaway Groom for Not Showing Up on Wedding Day, But He Claims Dowry is ‘Too High’

An angry bride has taken her runaway groom to court for not showing up on their wedding day but his reason made netizens laugh: he did so because the bride’s dowry was too high for him to pay! Oooops.

The bride named Arunee Jaengkrachang, 24, was excited for her wedding with 26-year-old Boonyang Sawatdee of Sa Kaeo at her home in Khao Din village in Kabin Buri, Thailand.

As was the custom in the locality, Boonyang went to Arunee’s home, together with his relatives, to formally ask her hand in marriage. The two families agreed that the dowry will be set at 200,000 baht ($6,000) plus 5-baht weight in gold.

During the arrangement, the groom and his family had not said anything about the dowry being too high for them to afford. So, the wedding invitations were sent by the bride’s family as these were printed ahead of time. 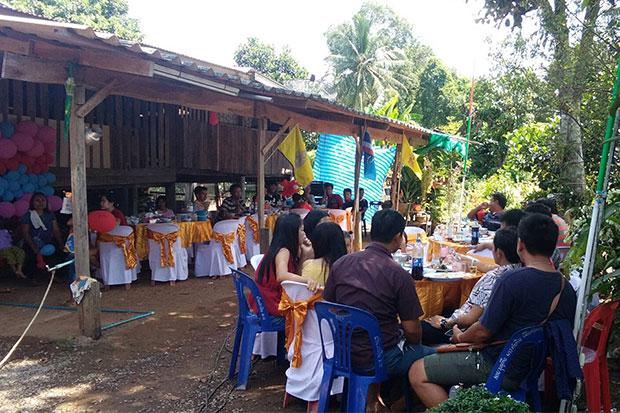 Chaowarit Jaengkrachang and his wife Sriprapa Phudbomuang, the bride’s parents, had shelled out 66,000 baht ($2,000) in the wedding festivities and other expenses.

The wedding was set at 6AM but the groom did not arrive. When the anxious bride called, he asked for more time, saying he will be there at 9AM; thus, the bride and her family waited but he still didn’t arrive at this time.

By 9AM, the bride called again but his number could no longer be reached. The bride’s angry family immediately went to the groom’s house at the next village but were told that the guy and his family had gone away in haste. The neighbors thought they were headed to the wedding but it turned out they were running away!

They would later learn that the groom was complaining because the dowry was ‘too high’ — but he could have told them about it, instead of running away.

Arunee is bent on suing her runaway groom for causing her much embarrassment as well as for the money she and her family spent on the wedding which didn’t happen because he never showed up! The case is now in court.