He may not have as much resources as his classmates or the rest of the exam takers for the Certified Public Accountant (CPA) Board Licensure Examination but COR Jesu College of Digos (CJC) graduate Kimjames Sarapanan Manalo proved that poverty is no excuse not to excel in life.

The son of a ‘puto’ vendor, Manalo did not have a lot of money throughout his life; thus, he walked to school and lived a frugal lifestyle, reading a book in the mall instead of going shopping when he has to go out with friends.

He graduated salutatorian from both elementary and high school from Ruparan Elementary School in 2007 and Ruparan National High School in 2011, respectively.

One of his high school teachers saw his potential, suggesting that he take accounting in college. He followed this advice. 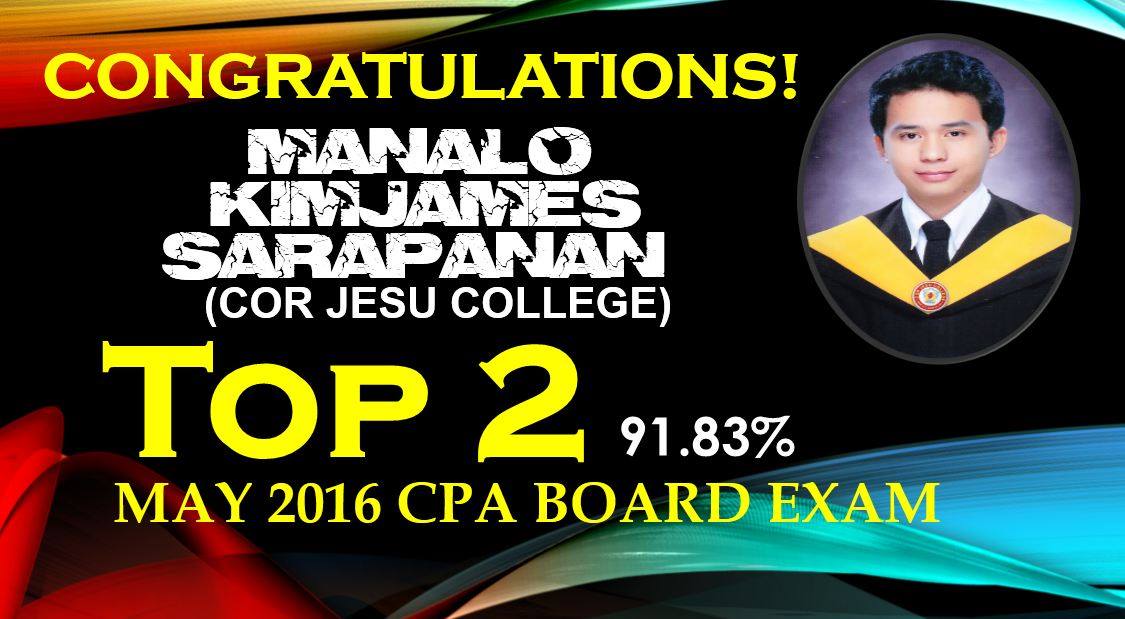 When Manalo graduated last year, one of his teachers at CJC, Edgel Earl Abear, encouraged him to take a year off for review instead of immediately taking the board exams since the latter believes he has the potential to top the board exams.

This year, Manalo finally took the exams but although he did not become the topnotcher, he did rank second! His score of 91.83% is just a few percentage points lower than the topnotcher’s 92.17%.

Manalo’s achievement marks the first time a CPA graduate of CJC ranked in the top 10.