Cops received praise for saving an injured dog found lying on the highway. Many netizens were happy that despite this being at a long stretch of busy highway and the dog being a stray, they still did their best to save it!

As Malaysia finally allows interstate trips again, a lot of people are driving back home or to their workplaces after getting stuck during the travel ban imposed to help stop the spread of COVID-19. 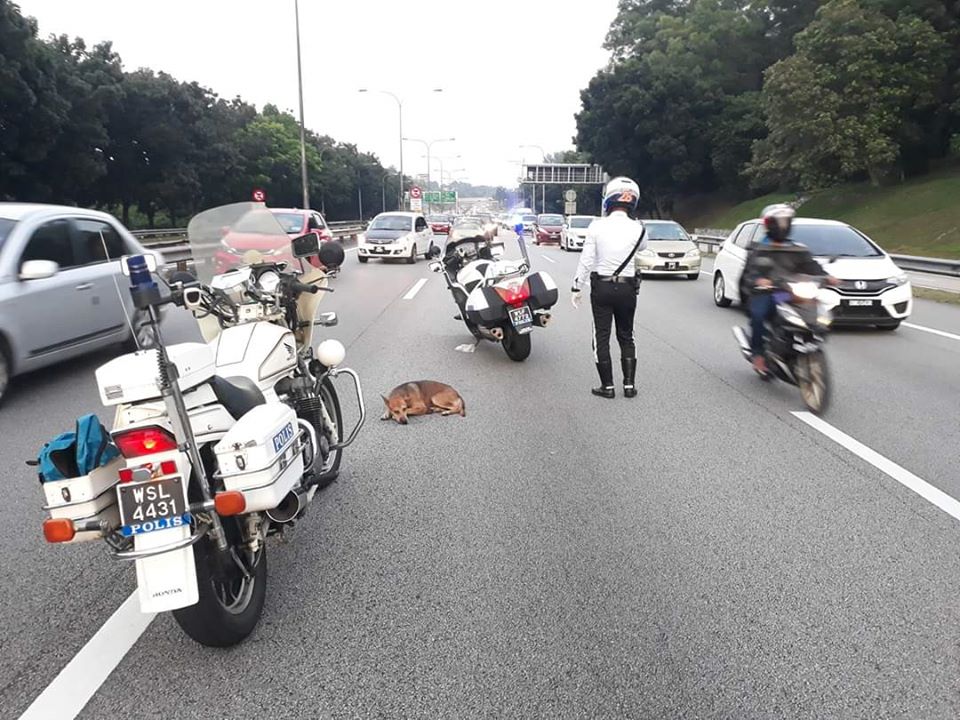 Sadly, in this rush, a number of animals were hit on the road since many of them have gone to the cities out of curiosity, venturing where they haven’t gone before because the roads are nearly deserted of the usual traffic rush.

Photos of the officers’ kind deed were shared, praising them for their kindness in ensuring that this stray dog is safe. The animal had ventured into the middle of a busy highway and had been hit by a passing vehicle. 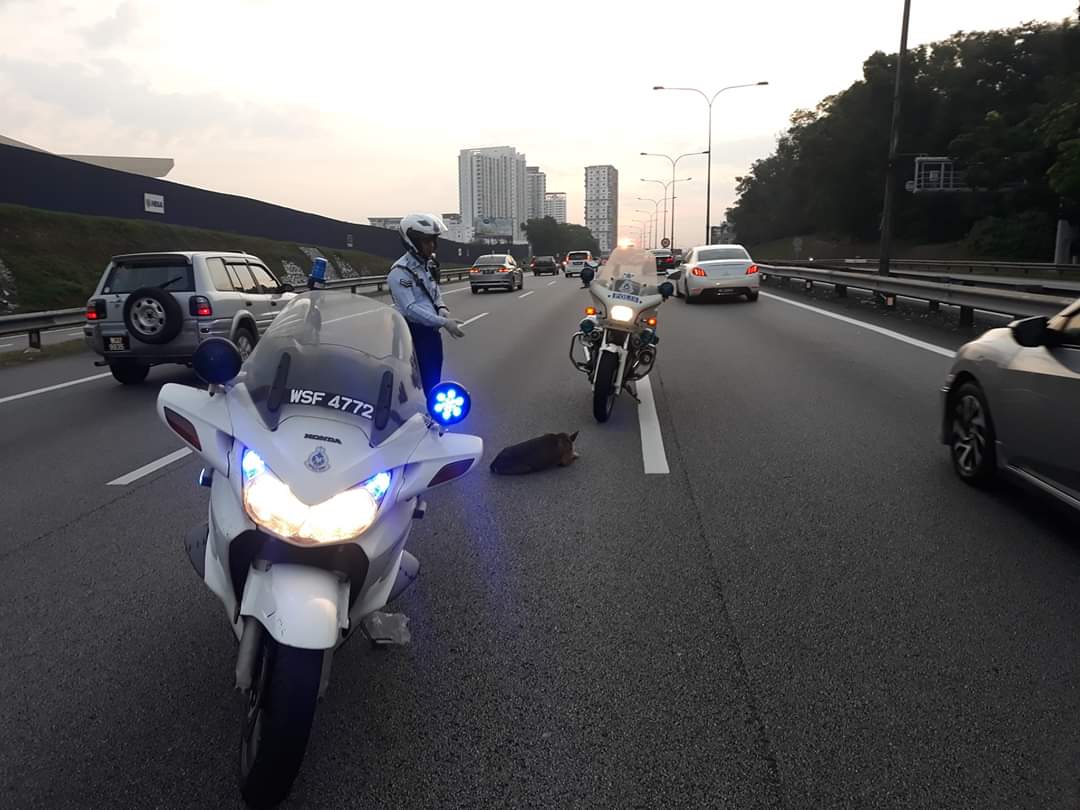 While this is a natural occurrence along many busy highways all over Malaysia and even the rest of other places in the world, the cops did not think it was a trivial matter. Instead, they swiftly created a makeshift road block and someone attended to the injured animal until it was able to walk again.

Netizens were swift to react to the post, with many praising the cops for their actions. Many also pointed out that all lives matter, whether that of people or animals. 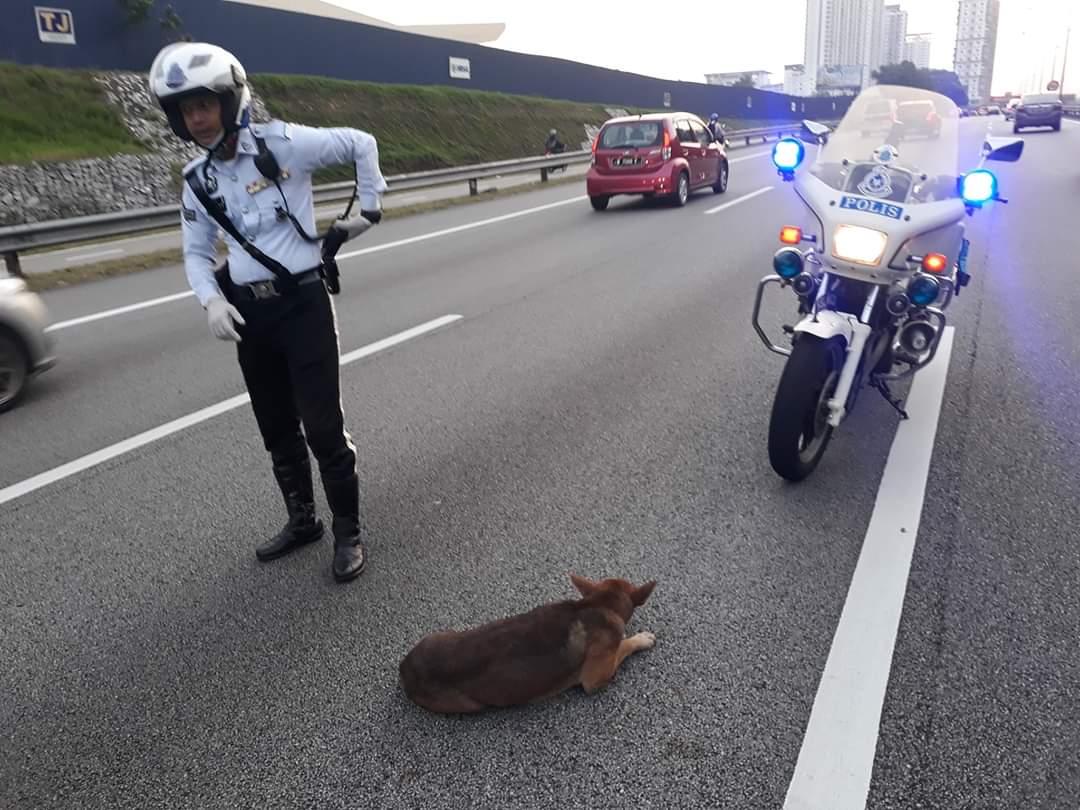 Different areas have different ways of dealing with stray animals. In areas where there are animal shelters, these creatures are often saved by volunteers and taken to the shelter where they await to be adopted.

But in most places where such facilities are not available, stray animals are left to fend for themselves. They only get lucky when animal lovers save them from the streets.