A domestic helper from Davao del Sur named Divina Gracia Pascua Dejos fell from her employer’s house in Kuwait about 8 months ago; but because she wasn’t immediately brought to the hospital for treatment, this led to her sustaining further injuries that led to her eventually being unable to walk.

Another OFW who was concerned with her condition shared her photos on Facebook, in hopes that the post will go viral and reach the proper authorities to help repatriate Divina as soon as possible. 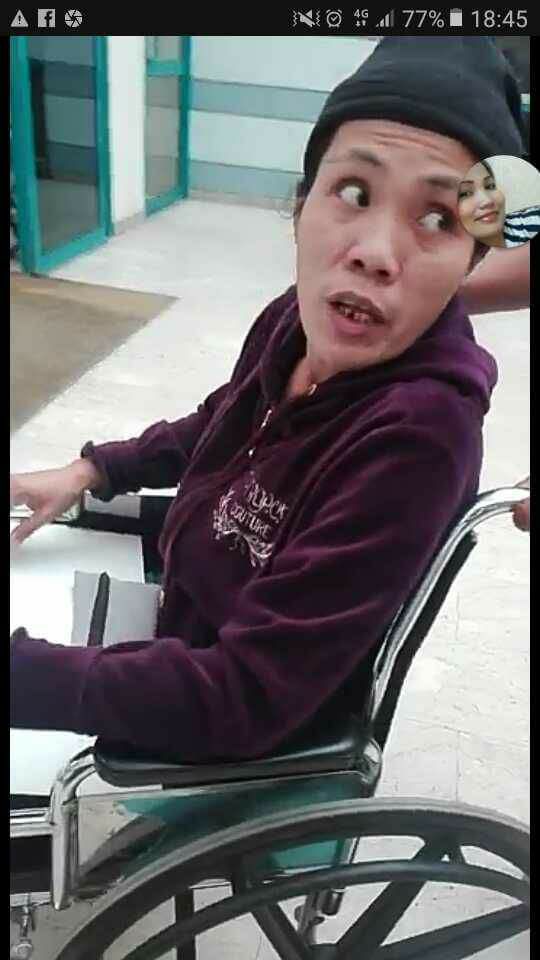 In the Facebook post dated February 20, Rufyen Mabida (@غثز غثز) shared that Divina needs help. It was clear in the video that the domestic helper was in big trouble because her legs just wouldn’t stop shaking.

While there was still no diagnosis at the time the video was taken, it was clear that her legs had sustained nerve damage.

After the post went viral, it reached Divina’s brother Christopher Pascua Dejos who commented on the post, thanking Mabida and the many people who helped saved his sister.

In one of her replies to the comments made by other netizens, Mabida revealed that the doctors who examined and treated the sick OFW said there was something wrong with her bones; thus, she could no longer walk and has been lying in bed for weeks. 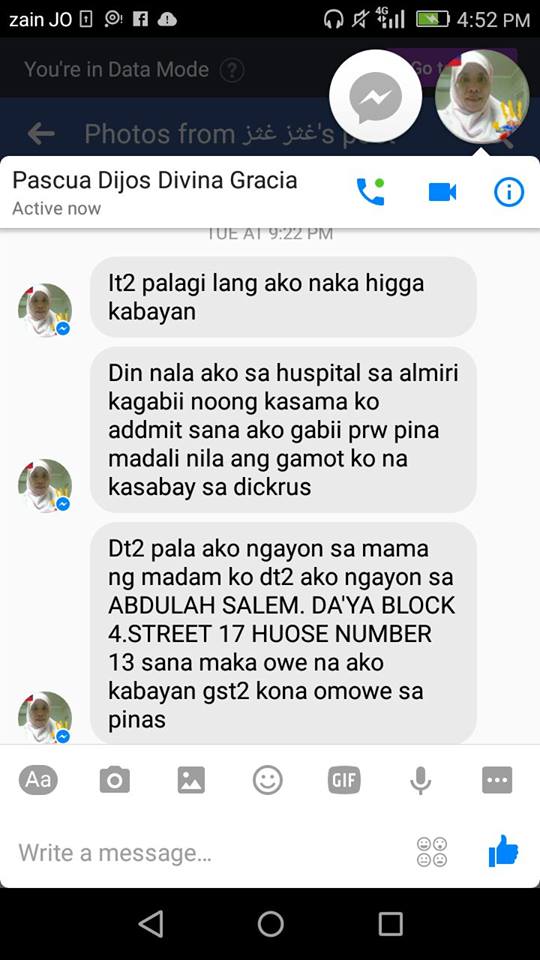 The stricken OFW was able to send her address to the concerned woman. Thanks to this, she was rescued and now among those who will be repatriated, revealed Mabida in a recent update. The sick OFW thanked her, saying the mother of her employer bought her tickets for home and promised to release her instead of waiting 15 days before letting her go. 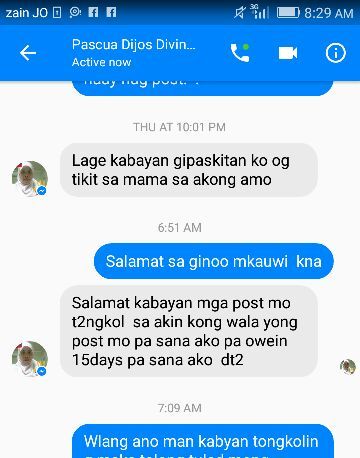 While it is possible that Divina might be paralyzed for life, we are still thankful she will be among those who will be coming home soon. We also hope she will still get well.