A smart goat gets help from a buffalo to reach food from a tree. The resourceful trick goes viral, with many netizens praising the goat for its clever mind and the buffalo for being a good friend…

Goats are farm animals that are not really associated with clever tricks but they are curious, playful creatures known to climb craggy mountains and even roofs of houses just for fun or to search for food! 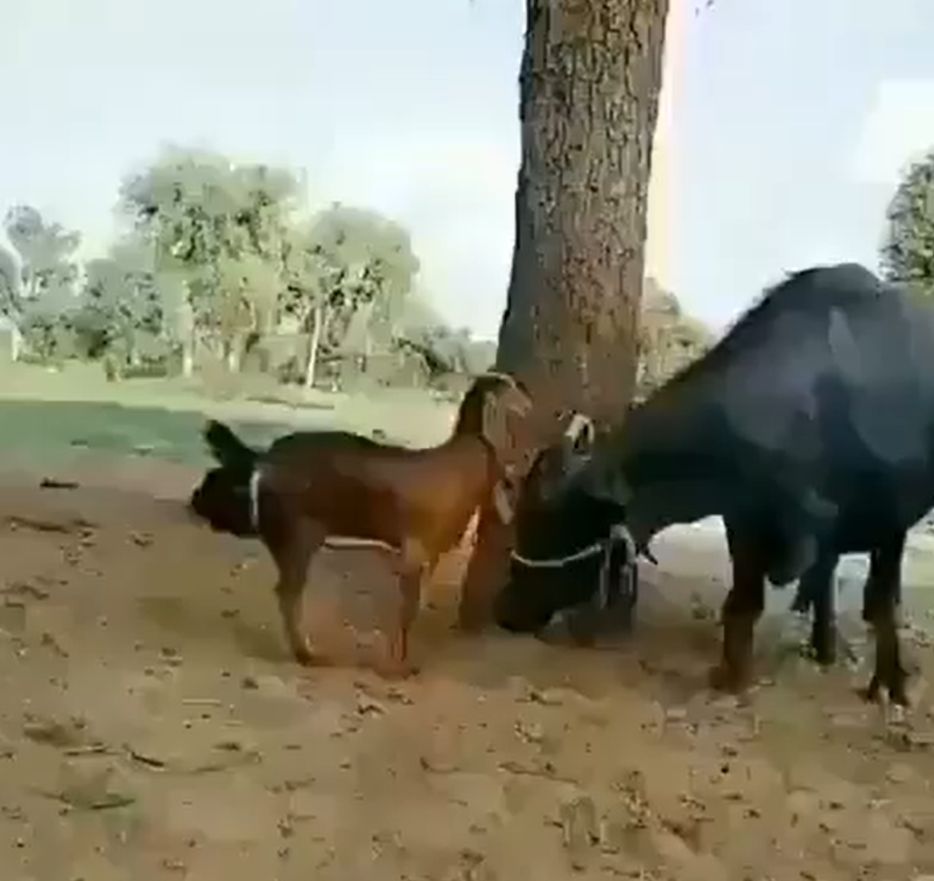 In fact, there are some goat species that baffle scientists because they appear to climb cliffs and still balance on nearly vertical ground without any problems defying gravity. Goats are really such curious creatures.

Recently, one has gone viral for the resourceful trick it did to get food from a high branch of a tree. Shared netizen Sudha Ramen IFS (@SudhaRamenIFS) on Twitter, the video clearly shows a goat jumping on a buffalo’s head so it could climb on its back. 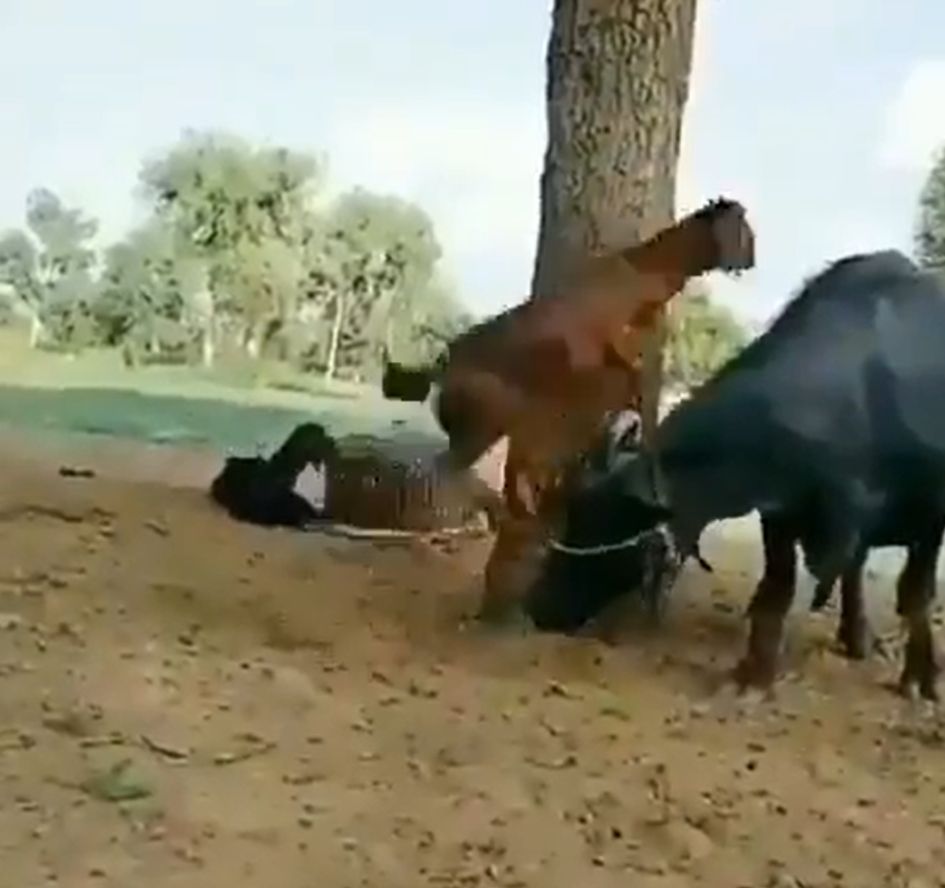 But the goat did not do that to get a free ride. Instead, it simply meant to use the buffalo as some sort of ladder or platform so it could reach the leaves of the tree near where the bigger animal was standing. The clever trick allowed the goat to reach the leaves, letting it enjoy the tasty treat! 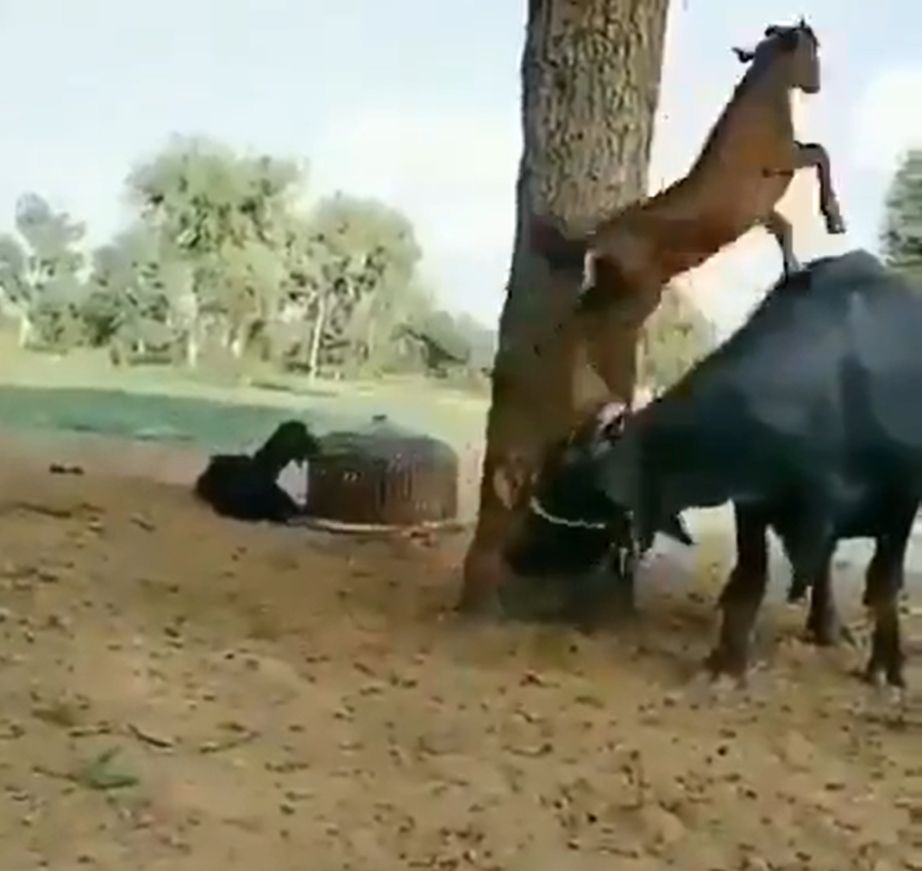 While there was clearly some grass at spots close to the tree, the goat must have thought that the tree’s leaves are tastier! Thankfully, the goat managed to estimate the buffalo’s height so it was able to climb up without a problem – and managed to reach the tree. 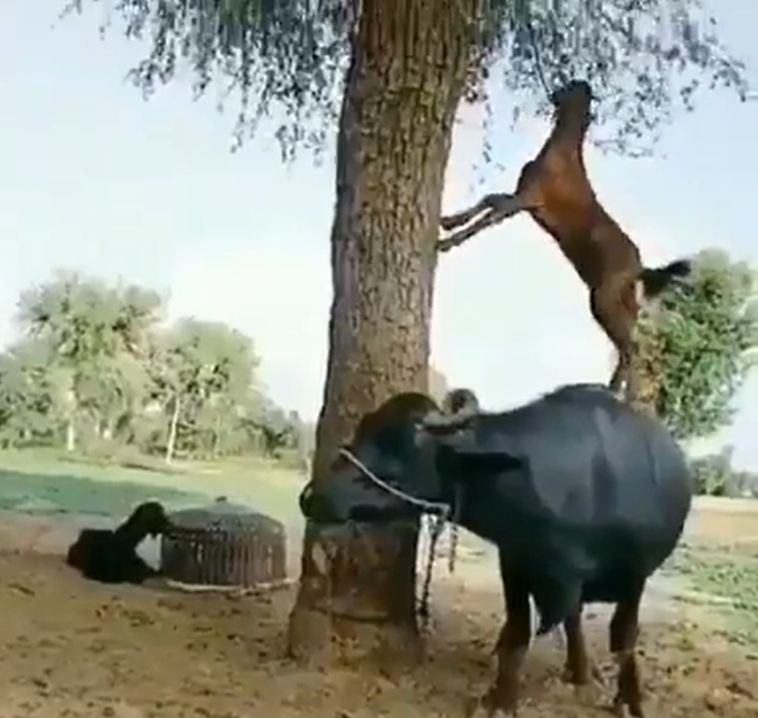 It is clear that the buffalo is the goat’s friend because it also helped the smaller farm animal climb up. It’s great to have good friends, huh? Check out this nice video:

A lot of people don’t believe this but scientists explained that goats have different hoof structures than other animals. Perhaps to adapt to their curious nature, goats have hooves with a hard outer case that lets them dig into nearly invisible ledges on these cliffs while the soft pads at the bottom contours to the cliff’s face like climbing shoes.