It seems that everyone wants to go to the happiest place on Earth in Shanghai, China that its first day tickets got sold out within hours of its sale. 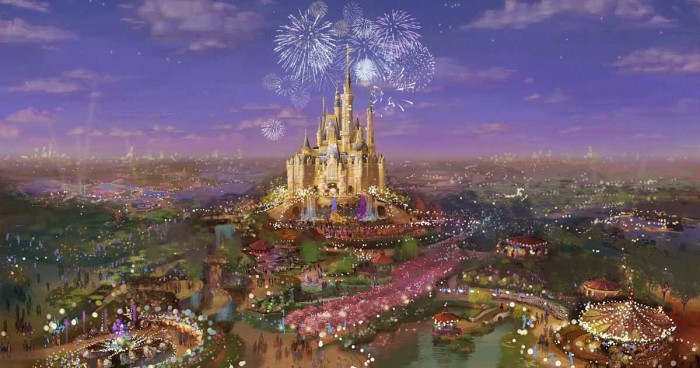 Li Jin, an analyst from Chang Jiang Securities Co., said that about 50 million visitors are expected annually. This volume could net up to 40 billion yuan (USD 7.2 B) every year.

Relying on the large desire for family-style entertainment and the rising purchasing power of Chinese consumers, Shanghai Disneyland is likely to set off massive consumer demand.

Shanghai Disney Resort is the first Disney theme park in mainland China, and the sixth worldwide. With about 963 acres in land area, Shanghai Disney is three times bigger than Hong Kong Disneyland. It was initially set up to open at the end of 2015, but was delayed, however, until the mid of 2016.

To prevent ticket scalping, it was reported that the tickets are tied to individual IDs. The rooms of the two on-site hotels have also been fully booked for the first two-weeks of the resort’s opening.

The First Disneyland Opens in 1955

The first Disneyland was opened on July 17, 1955 in Anaheim, California. It was not the happiest place when it was opened as thousands of uninvited guests were admitted on its opening day. It was not ready for the public at that time: food and drinks ran out; a woman’s high-heel got stuck in the asphalt of Main Street USA, and the Mark Twain steamboat almost capsized for taking too many passengers.

Disneyland was able to recover with its attractions such as the Castle, Mr. Toad’s Wild Ride, Snow White’s Adventures, Space Station X-1, Jungle Cruise, and Stage Coach. Special events continued to attract many guests of all ages. Currently, Disneyland hosts about 14 million guests every year.