A photo of a baby has recently gone viral for a very weird reason: it is alleged that this is a photo of the darkest baby in the world. According to Social Trends, the photo is allegedly that of a baby recently born in South Africa; though a second photo has surfaced showing a much older toddler with the same skin coloring.

Now, we are not being racist here but though there are black people who do have black skin, the tone/hue has never been as dark as this baby (or so the world thinks, anyway, as this photo has quickly gone viral on the web). 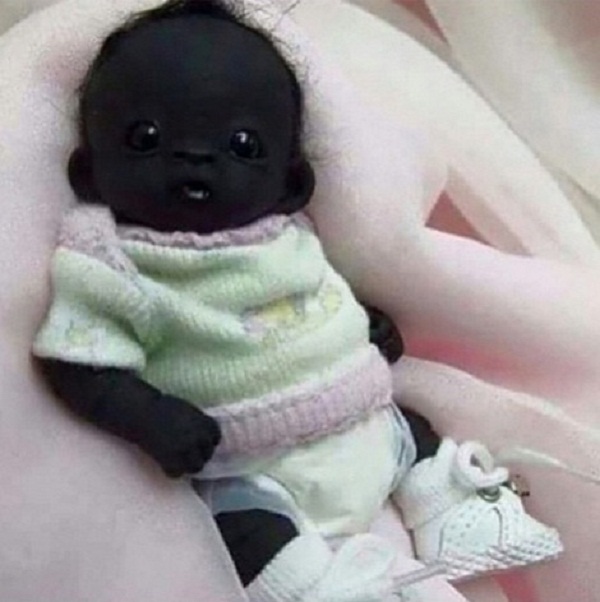 There are plenty of arguments on this case – as usual, a lot of people are screaming “FAKE!” or “Photoshopped”. Folks on Reddit, for example, mostly believe the photo was a fake; though there are others who believe it is for real.

So, who do we believe, anyway? It is hard to decipher whether the photo was fake or not but if you look closely, you might notice that the baby’s eyes appear to be all black, with no whites. How is that even possible? This baby is getting much weirder by the minute – and we could probably say this is a doll, not a baby. 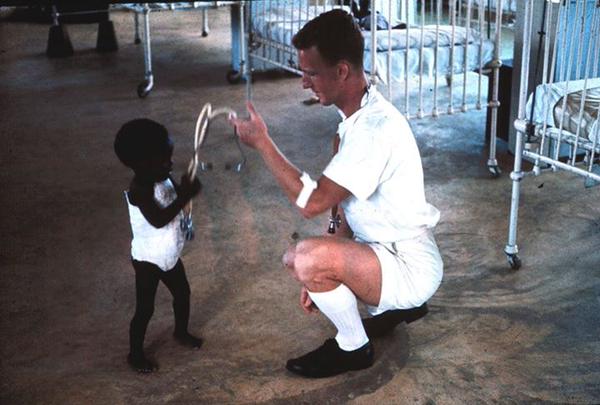 Well, unless the man in the second photo surfaces to tell us whether this baby was real or not, we just might never know the answer. The photo has gone viral yet we and Social Trends found no explanations about this black baby. I guess we have to accept this at face value.

It is widely known that photo manipulation software such as Photoshop can easily make a person darker or lighter with a few strokes. The software can even make a person more beautiful or look hideous – or just about anything there is you want to change in a photo.

You can also easily swap people’s faces or place people in different backgrounds or include them in photographs they did not originally belong to. Photoshop has changed the way we process photographs, making it extremely hard to really decipher whether a photo is edited or not unless we know the subject very well.

So, going back to the photo above, do you think it was fake or real?