Quite possibly, this old jeepney driver does not have a social media account – but he’s going viral on Facebook, anyway, thanks to his honesty. In a world where lots of people are trying to out-do each other and even steal from each other just to survive, it is still refreshing to learn that people like this guy still exist!

According to netizen Eliza Jane Cortez of Olongapo City, Philippines who shared the story on her Facebook page, her child had accidentally left her bag in the public utility jeep (PUJ) with body number J-O1 254 driven by an old man they would later learn to be Ricardo Magno.

The bag not only contained a number of personal items but also a smartphone. But instead of keeping the phone for his family or even trying to sell the items in the bag, the honest driver found a way to return it to the rightful owner. 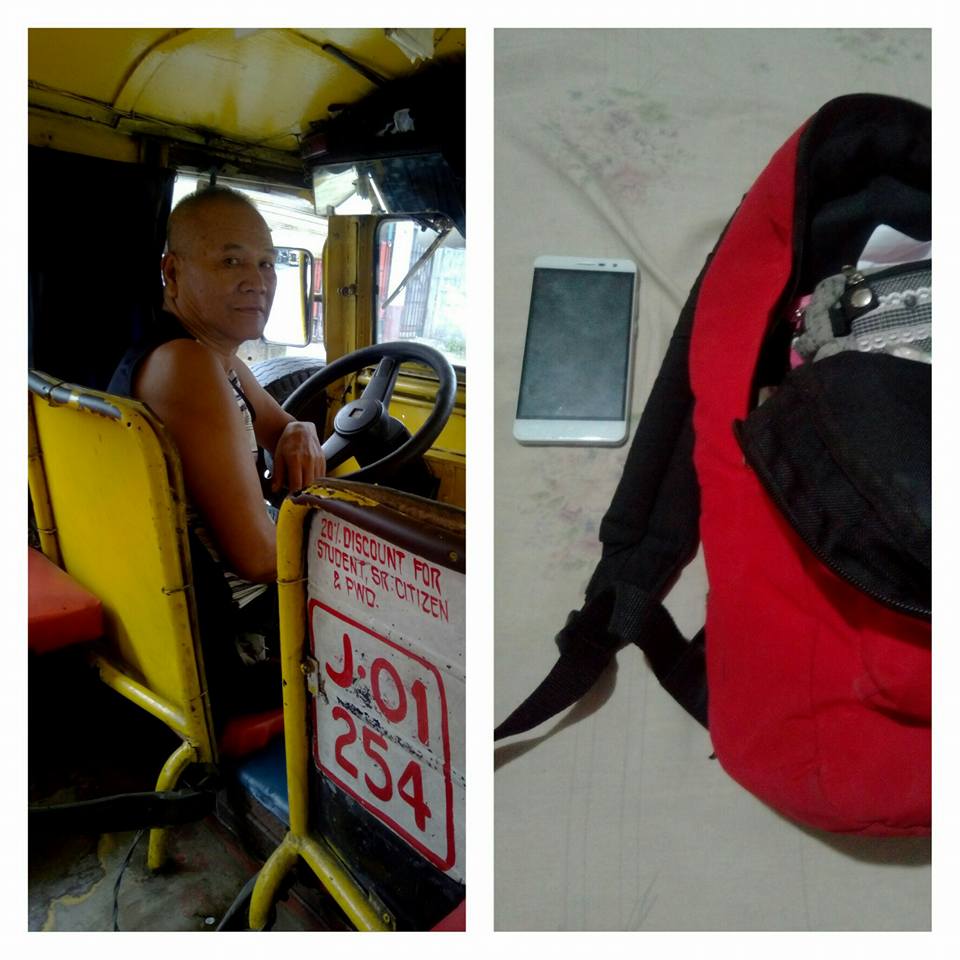 Happy that her child’s things were recovered, especially the phone, Cortez shared the story on social media with photos of the lost items and Magno in his yellow jeep. In the post, Cortez thanks the driver for his honesty and calls on Mayor Rolen Paulino to honor this PUJ driver. She had also reported the incident to the traffic management office, in hopes that Magno will receive whatever honors or rewards he might reap for his honest actions.

It is not mentioned whether Cortez also gave Magno a reward; though it is possible that she did. Still, it was great to know that Magno did his best to return the items, with or without a reward waiting for him!

Cortez hopes other drivers [and even the commuters/passengers] would be as honest as Ricardo Magno.

What is a PUJ?

A PUJ is a public utility jeepney which is one of the primary modes of public transportation in the Philippines. It can be seen not just in the busy streets of highly urbanized Metro Manila but even in the quiet, dusty roads of rural provinces as far as Mindanao.