It was raining hard in many parts of the country today, but while most people tried to get out of the rain, one man was left soaking wet because he refused to leave his job despite the downpour. This guy was a traffic enforcer who was directing a particularly busy street at Las Piñas RFC (RFC Shopping Centre in Las Pinas, Metro Manila in the Philippines). 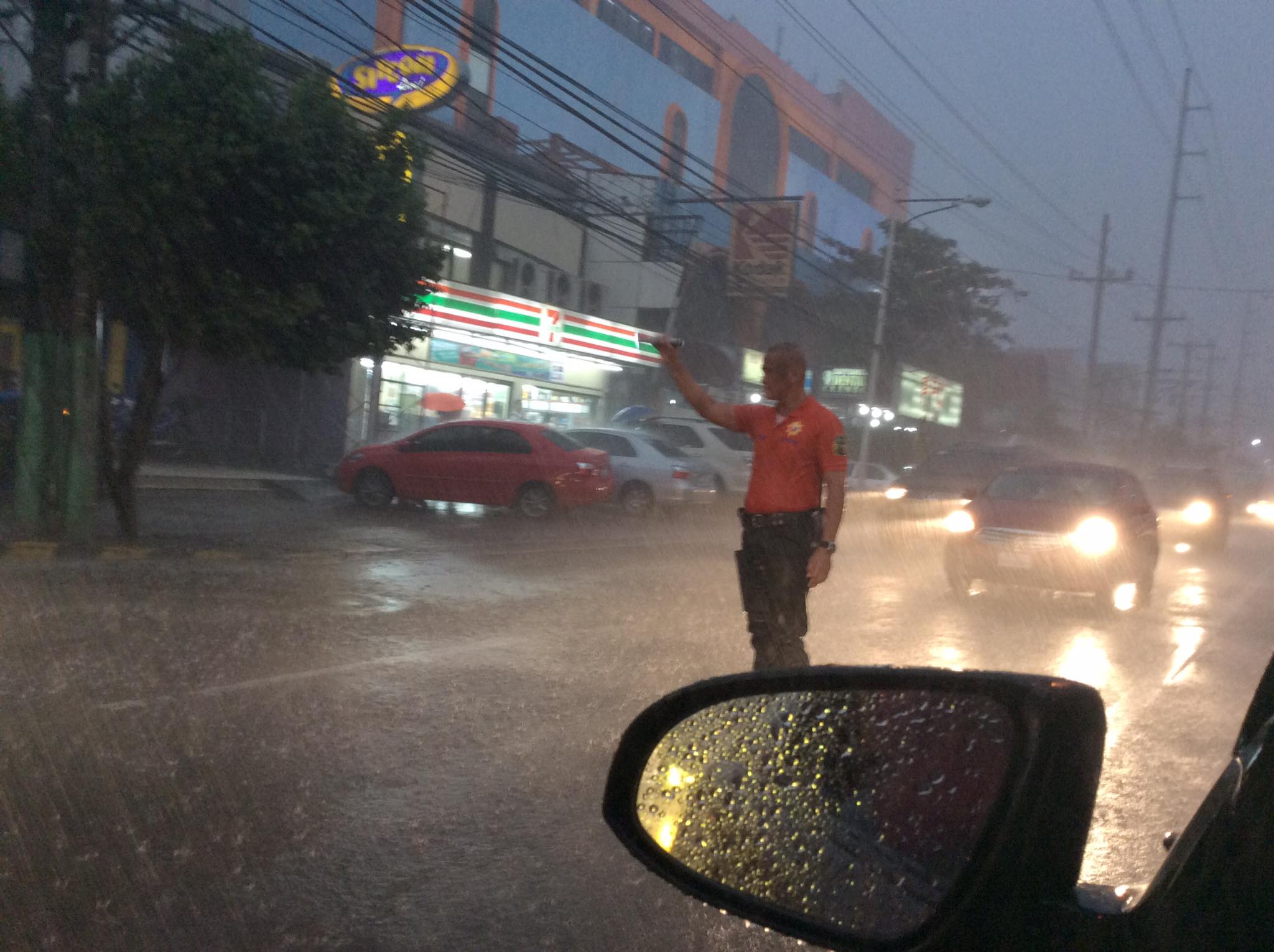 Many would have easily left their post at the first sign of rain – and we can’t really blame them, either, because they also have to worry about their health. After all, if they get sick, not only will they miss some days at work and they co-workers have to cover for their lost work hours, they would also lose money from the days they were supposed to be working – and they have to spend money on medicines, too!

So, we also express our admiration of this particular traffic enforcer’s dedication to his job; though we hope that he won’t get sick from being soaked wet by the rain.

Indeed, we salute you, Sir! 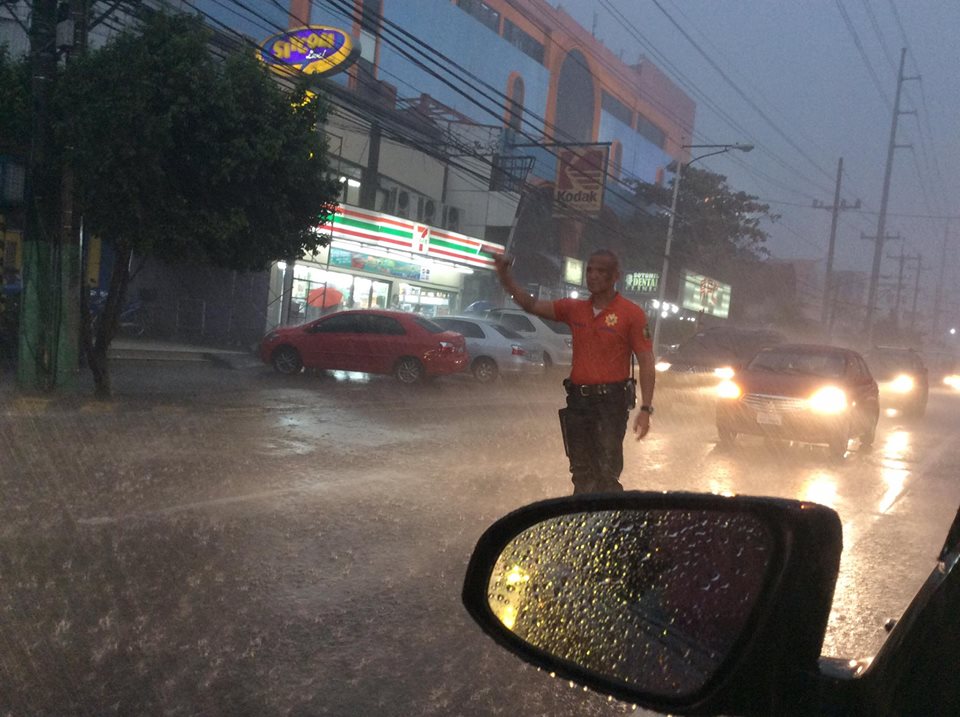 But while this particular traffic enforcer is going viral on social media for his dedication, he’s actually not the first one to do it. Earlier this month, RachFeed also featured another traffic enforcer: Francisco Nodado Jr. who also didn’t leave his post despite the downpour in Mandaue City (incidentally, also near a shopping center) in central Philippines.

What is a Traffic Enforcer?

A traffic enforcer is simply an officer of the law who is tasked to direct traffic and ensure that motorists as well as pedestrians follow traffic rules; they impose traffic rules and safety standards.