A 70-year-old woman goes viral after donating nearly all of her monthly pension to feed others. And while it might be a very small amount compared with the millions that others donated, it is actually the only money she had!

Biggest Contribution of All

Amid the COVID-19 crisis, a lot of well-known personalities donated a lot of money to help in the efforts to feed the people in lockdown, buy medical equipment and protective clothes for frontliners, and fund research to discover a vaccine or cure.

Their donations are huge and admirable, considering that they could just keep all their money for themselves, if they wanted.

But an Indian woman who was only able to give Rs 500 ($6.60) has gone viral, with people hailing her for giving the biggest donation of all! How could something so small top the huge donations by these millionaires and billionaires? 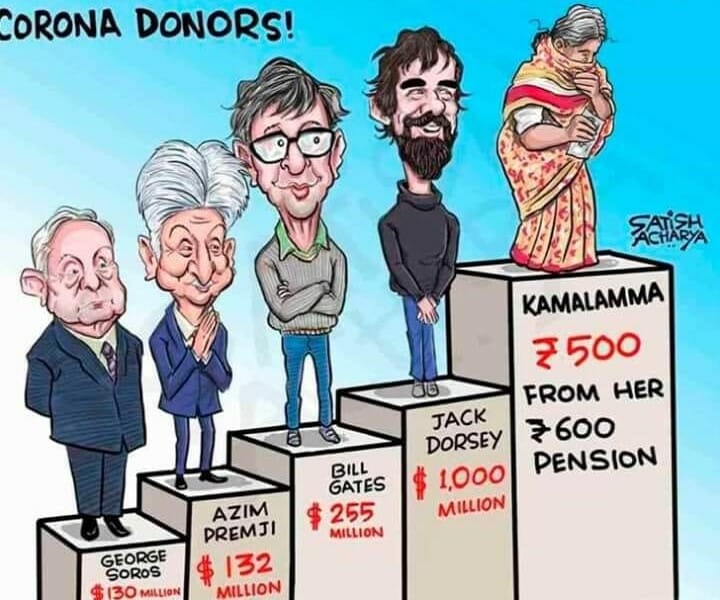 Kamalamma is 70 years old. She receives a monthly pension of Rs 600 ($8). Despite the very small pension she receives, something that could barely buy enough food to last for a week, this kind-hearted woman decided to donate almost all of the money to help feed others in need!

The Rotary Heritage of Mysuru, India was giving out food packs to a struggling community when the old Kamalamma arrived. Thinking she was there for the food, they gave her a food pack but they were surprised when she refused to accept one.

“I have been watching you guys supplying food to my area for over 30 days now, so I just felt I should give you Rs 500 from the Rs 600 monthly pension I receive. It is a small amount but please accept it,” Kamalamma said.

Surprised and rather embarrassed that they thought she’s just there for the food just because she is poor, the organization members were taken aback. Knowing she needed the money in these difficult times, the Rotary members encouraged her to just bring it back for her family. But even with repeated requests, Kamalamma insisted on donating her money. 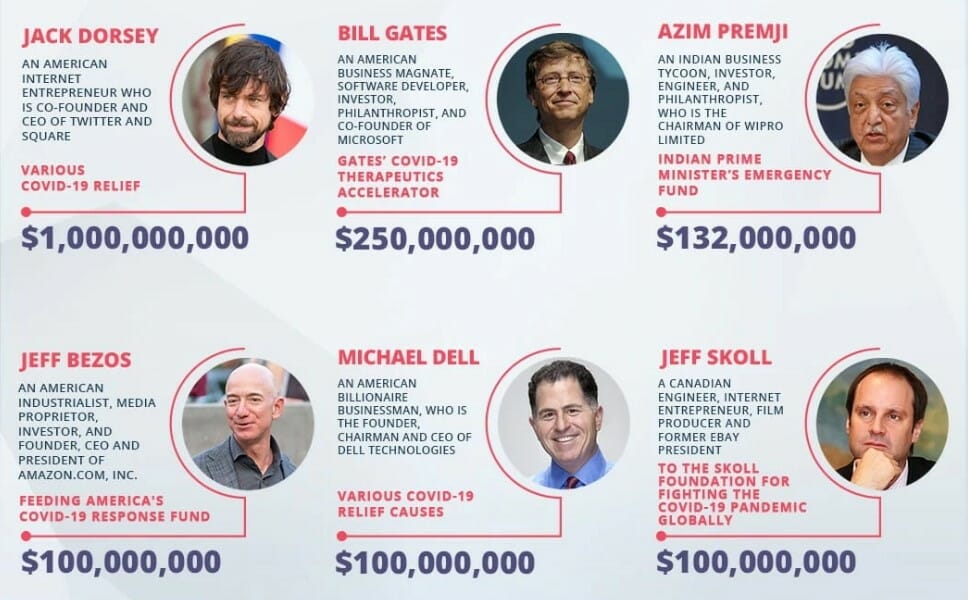 The organization realized that they should accept it to respect her wishes.

“We could witness the magnanimity of a mother’s heart, however poor she might be,” an organization member said.

At the moment, they felt that hers was the biggest donation they ever received, because it is over 80% of her money! What’s millions to a billionaire, anyway? Salute, Kamalamma!

Parable of the Widow’s Offering

Jesus watched the rich bring lavish offerings to the temple while a widow timidly put two very small copper coins in the offering box. But He praised the widow’s offering.

“Truly I tell you. This poor widow has put in more than all the others. All these people gave their gifts out of their wealth; but she out of her poverty put in all she had to live on,” Jesus said.