Many Caucasian women love getting a tan to get a bronzed look. In fact, there’s even more to tanning than just getting a sun-kissed look: tanning can be addictive as it releases the feel-good chemicals in the body called endorphins. It’s the reason why many women love getting a tan. Take for example, Jude, who has been going to tanning salons since she was  thirteen years old. There was even a time that she even got herself tanned almost everyday for 20 minutes. Unfortunately, it was her tanning obsession that caused her cancer.

Jude always thought that indoor tanning was a safer choice, however, at the age of 26, she found a pimple-like blister on her nose. She thought it was just a common pimple so she just ignored it.

Jude then popped what she thought was a pimple. Unfortunately, after a month of healing, the pimple went back. She then realized that it was something else, something worse than just a pimple on the nose.

Jude went to the doctor and then found out that she was diagnosed with cancer. She was told that the use of tanning beds caused her cancer and her doctor advised her to have it removed immediately if she didn’t want to lose the rest of her face.

According to the Melanoma Research Foundation (MRF), “as many as 90% of melanomas are estimated to be caused by (UV) ultraviolet exposure”. Moreover, The World Health Organization’s International Agency for Research on Cancer (IARC) even classifies these artificial sources of UV like tanning beds and tanning lamps into its “highest risk category”. 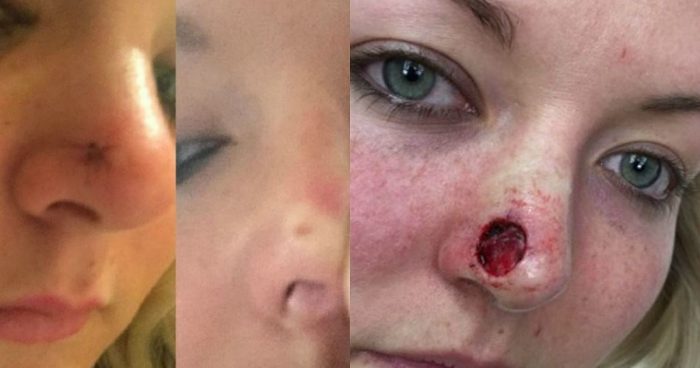 Jude thought the blister on her nose was just a common pimple, until she was diagnosed with cancer.
Photo Credit: Wereblog

Finally, Jude had the pimple-like blister removed. It left a horrible open wound on her face. However, the doctors who took care of her were able to graft some skin on her neck which was used to cover the affected part of her nose.

Fortunately, Jude’s nose has now been restored. The only thing that reminds her of her cancer is the scar on her neck. 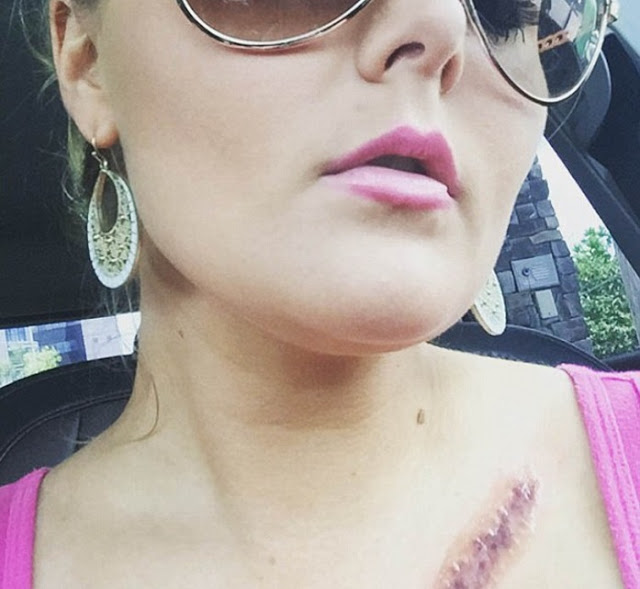 On a final note, the MRF encourages everyone to embrace the skin color they were born with.