A woman has recently earned the ire of netizens after she berated an ambulance driver for supposedly insulting her, saying she didn’t notice his sirens and that he rudely pointed at her while he made the turn towards the hospital.

The unnamed woman was caught on video as she confronted the ambulance driver who was quick to turn on his phone to record the moment.

The woman clarified that the driver was the one she had encountered earlier, saying she had asked the guards on duty and was told it was him. She told him she had been waiting for him for quite a long time as he didn’t immediately get out of the hospital. 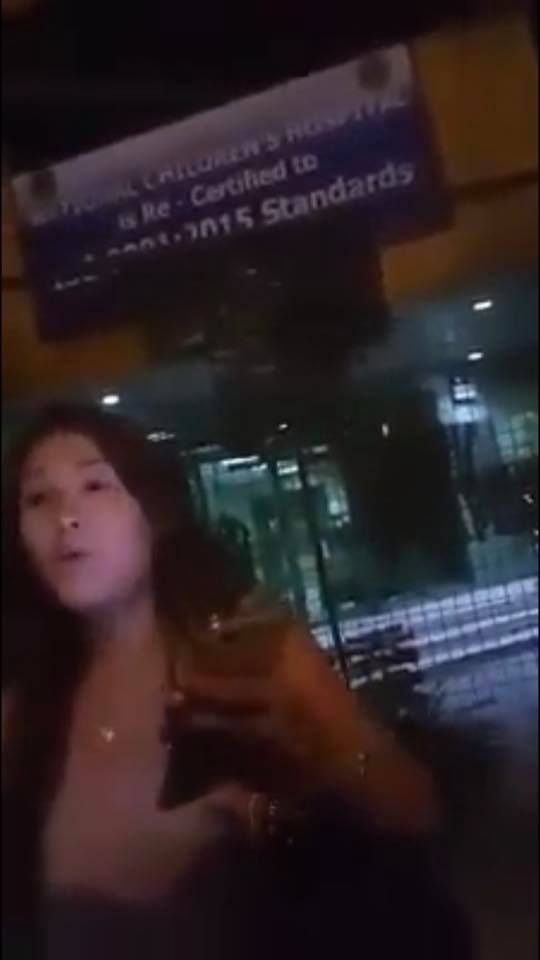 Despite knowing that the man was driving an ambulance, the woman told him he wasn’t using his sirens. She and her companion didn’t notice his lights but the driver patiently explained that ambulance drivers often turn off the sirens when they are near the hospital.

But the woman wasn’t finished yet as she felt insulted that he had supposedly pointed at her angrily. To this, the driver explained that he wasn’t exactly angry and pointing at her but yelling at her to move the car because she is blocking his way.

To this, the woman said that while he wasn’t angry now that she’s talking to him, he was definitely angry when he shouted at her earlier. The driver laughed drily, telling her that of course he was angry because she was blocking his way and there was a 50-50 child inside the ambulance – who wouldn’t be angry?

But the woman reasoned that she had no way of knowing there was someone fighting for his life inside the ambulance and he shouldn’t have been angry at her. The driver asked her whether she knows what vehicles are given priority on the road before she received her license. He also asked if she was in the same situation if she wouldn’t be angry as well but she insisted on reporting him to the hospital’s administration for being rude.

Her attitude has angered netizens who said she clearly doesn’t know the stipulations of the law and is heartless to think she had more right to pass than the ambulance!