Harold Labutong is a Grade 2 student at the Engracio M. Castañeda Central Elementary School in La Paz, Tarlac in the Philippines. He has recently gone viral after a photo of him using his slippers in lieu of a pencil eraser was shared on social media.

The snapshot was shared by Rosalie Dela Cruz on Facebook. 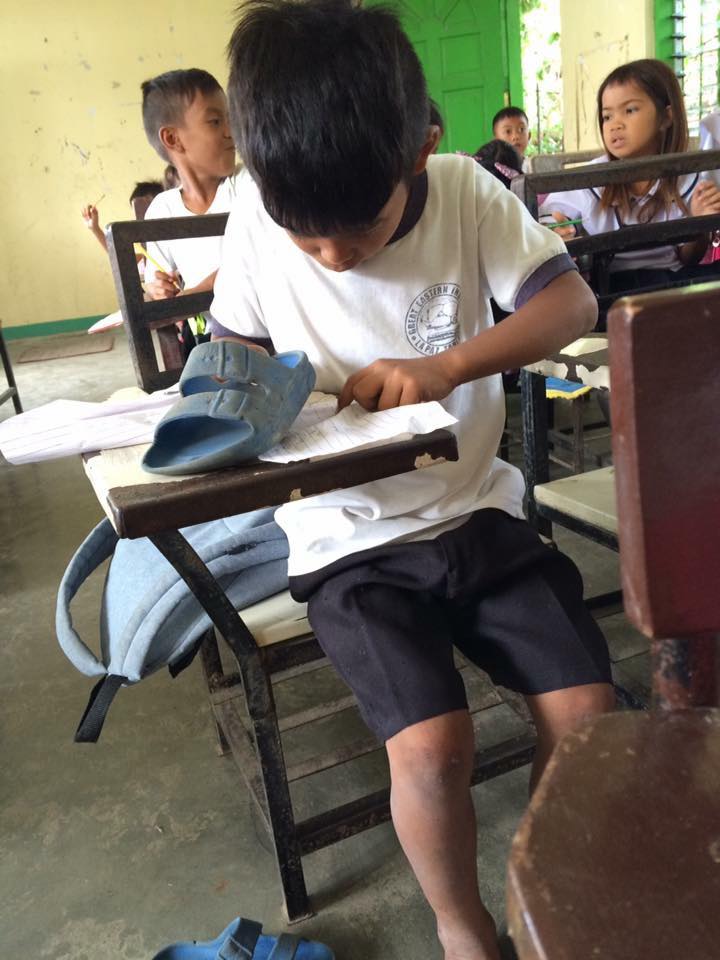 A lot social media users were touched by the boy’s plight, especially after his story was featured on GMA News’ SAKSI.

His teacher revealed that Harold’s pencil was also very short and dilapidated – and it did not have an eraser. So, when he made a mistake, he could not erase it. A classmate lent him an eraser made from an old pair of slippers but this was not so effective; thus, the young boy took his own slippers and used it instead. Lucky for him, the thing actually worked more effectively than the eraser his classmate let him borrow.

Touched by the boy’s plight, the teacher took a snapshot and shared it on social media where it had since gone viral. On SAKSI, it was not revealed whether the boy received supplies from the TV station but a lot of social media users were willing to coordinate with the teacher to give the boy and his classmates not just erasers but other school supplies they would need in their studies.

Problems of School Children in the Philippines

While the boy’s plight was pitiful yet also admirable for his finding a rather novel solution to his problem, it was also a sad reality of what is currently happening to many students across the country.

A lot of the school children, especially those in private schools and big cities, do have complete school supplies, there are also a lot like Harold who have to make do with what is available in their hands – even if it means using slippers for eraser or sharing stuff like notebooks, papers, pens, and books with each other.