A security guard is in tears as he seeks help over his 1-week straight duty and delayed salary. He can’t sleep within that 1 week in fear that he would be terminated but he also didn’t have enough to eat. Moreover, his family is hungry as their salary is delayed!

In the Philippines, security guards find a job through an agency that assigns them to their post. What’s sad, though, is that there are heartless agencies whose people don’t really care about the welfare of their security guards.

Many of these agencies don’t even care if their workers’ salaries are delayed, yet the companies actually pay them on time! A security guard recently went viral after he posted a video to seek help over the 1-week straight duty that he had to render. According to the security guard, he started to work on March 28 but wasn’t able to go home because the other guard assigned to the same post got caught while watching ‘sabong’.

Being on duty for 24h is already hard enough but as the days passed, there seemed to be no action from the agency to find someone to replace the other security guard so that this one who’s been on post for many days can already rest and go home.

What’s worse, the security guard claimed that they can’t also take a rest even if he had been on duty for several days. He fears getting terminated from the job if he takes a nap. He said that this happened to someone before him who was told to be on duty for 36 hours; when the tired guard fell asleep, someone from the agency snapped a photo and had him terminated for “sleeping on post”. 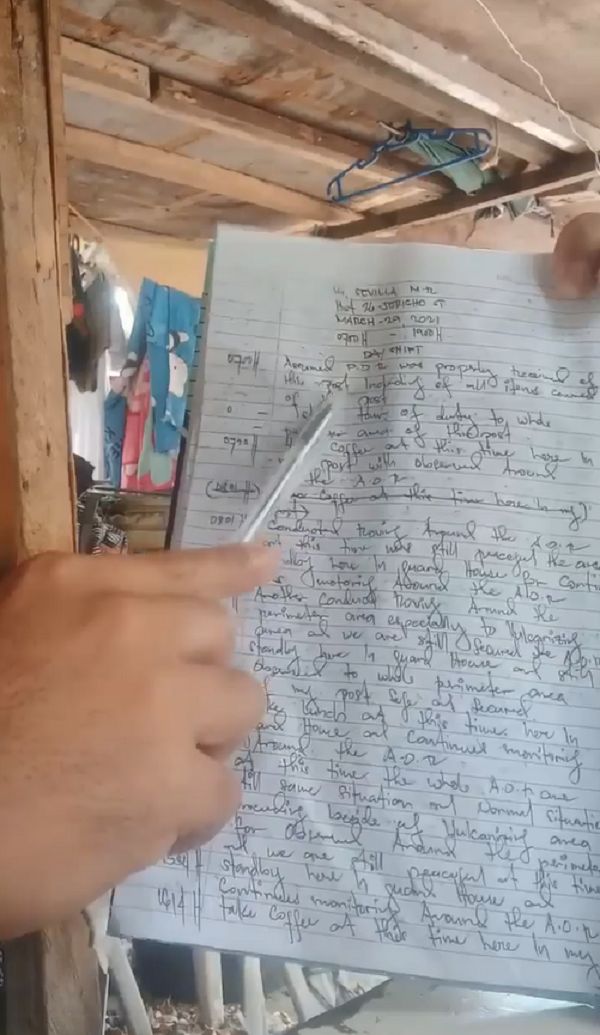 According to the security guard, it was already April 5 when he made the video but he had been on duty since March 28. He has a logbook to prove his straight duty. He didn’t even have money for food because their salary is delayed.

The security guard cried as he narrated how his family would call him because they were already hungry and didn’t have money for food, but he can’t do anything about it. He hopes that the video will reach Raffy Tulfo in Action so he can finally go home, take a rest, and get his salary so he can feed his family.