A 2-year-old girl set for open heart surgery would not stop crying as she waits for her open heart surgery at a hospital in Zhejiang, China. So, Dr. Shi Zhuo, the Deputy Director of Cardiac Surgery sat the girl on his lap and played some cartoons on his phone.

The distraught girl eventually calmed down and the doctors were able to give her anesthesia and put her to sleep for the surgery. But the moment did not escape notice because anesthesiologist Jin Ziying was able to capture it on camera. The story went viral as soon as it was posted on social media – and it is easy to see why. 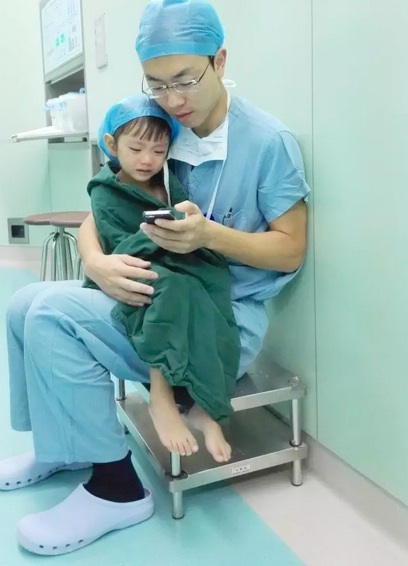 Surgeons face the daunting task of operating on their patients, young and old, but they are not required to personally calm their patients down; though many do so, anyway, out of compassion. Dr. Shi could have easily called the child’s parents to keep the child calm until they could put her to sleep yet he chose to personally make her feel better, something that he feels is really just part of their job.

It was later revealed that Dr. Shi has a 6-year-old child of his own. The kind doctor said, “As parents, we understand that the children are scared and can appreciate the worry of the family.” Isn’t that wonderful? It would be fantastic if all doctors and hospital staff could be as kind and understanding as Dr. Shi. 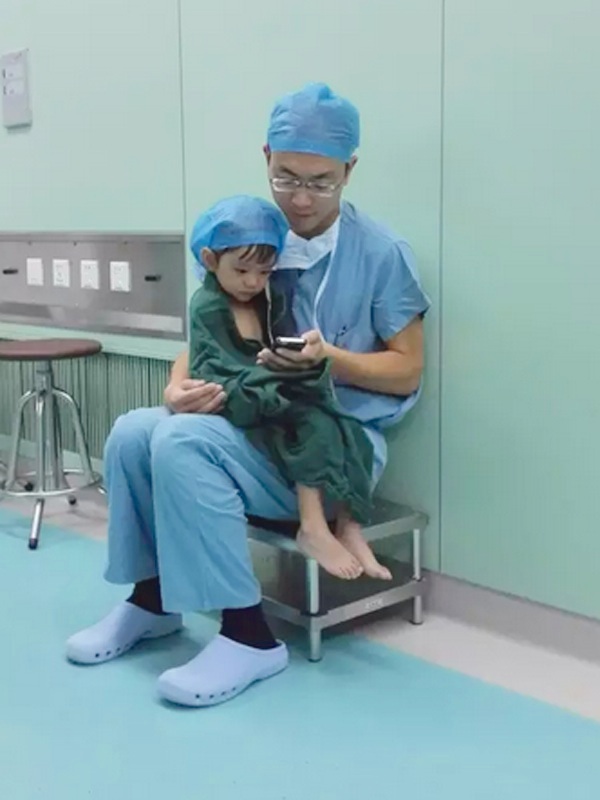 The child’s dad said she is feeling better and the surgery was a great success. The told reporters, “As a father, I am very grateful towards Dr. Shi for caring for my daughter in this way.”

As much as possible, take the child to a child-friendly hospital or one with special expertise in dealing with children.

Most hospitals require that the child be admitted at least a day before the actual surgery, not just to acquaint him/her of the place but really to start monitoring vital signs and overall condition.

It is highly important that the child is in tiptop shape for the surgery. Thus, make sure to keep the child away from sick people, especially those with contagious ailments like coughs and colds. If the child does get sick days before the surgery, make sure to inform the medical team so that they could take this into consideration and postpone the surgery, if necessary.

Bring the child’s favorite toy, blankets, pictures, or other things that would remind him of home – though there might be a limit as to what you can bring. Ask the staff.