It is really crazy how a lot of young people these days are willing to do anything and everything just to become popular on social media.

Recently, teens in the US figured in the viral ‘tide pod’ challenge wherein they ate laundry pods. Why? Well, they have to take a video of them doing it to prove they are cool. It is supposed to bring them fame on social media but many ended up hospitalized for days and nearly dying over their folly.

But while news of the tide pod challenge has slackened off, there’s a new challenge taking over: the hot coil challenge. 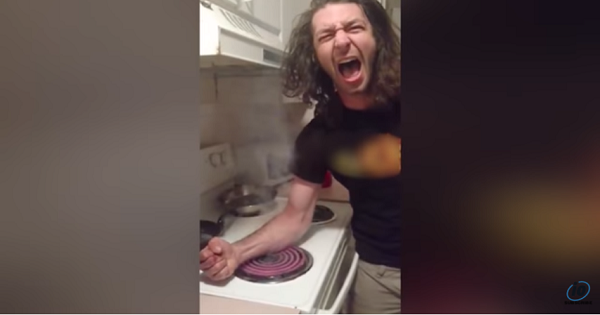 In this crazy new challenge, the participant is expected to turn on the hot coil on their stove and wait until the coil turns red, signifying that it is hot. Then, they have to turn on their camera to videotape the moment because, well, that’s the purpose of the supposed ‘challenge’. Some are even encouraging the participants to do it on Facebook Live or some other live streaming site. Sigh.

Then, as soon as the coil looks red hot, the participant is supposed to put his/her arm on the coil for as long as possible. This makes us wonder what prize the ‘winner’ would get if he/she keeps the arm on the coil the longest time.

In the video that has gotten viral, a young man could be seen going through the challenge. Egged on by his friend, he puts his arm on the red hot coil and screams as it burned his arm. He only managed to hold on for about 3 seconds; although it was clear from the smoke that the coil was really burning his arm. Crazy! 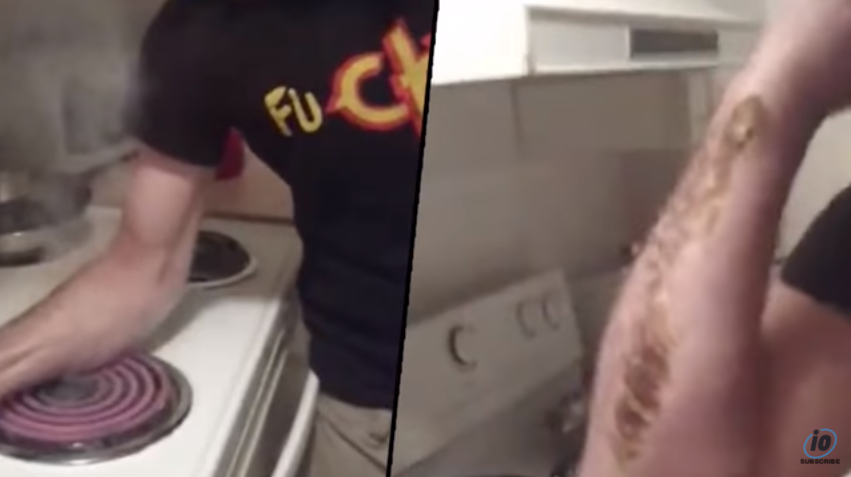 The results were rather predictable. After taking part in the challenge, his right arm had large burn marks! We hope he went to the hospital after that to get the burn treated.

We just couldn’t believe we have to write this warning but kids, don’t ever try this at home! Don’t participate in this stupid challenge just to be famous on social media.