It really is hard to trust people to return valuables you accidentally dropped or left at some public place, even at a private residence! But there are still a lot of people who prove that honesty remains the best policy and that they are willing to return these items even if no one is watching.

But one Uber driver has gone for going out of his way just to return the phone a beautiful lady dropped in his car.

Twitter user @_cklucas shares how this Uber driver gave her flowers and some donuts when he returned the phone she had dropped in his car. She took a photo as proof of what he did and shared it on social media where it quickly went viral. 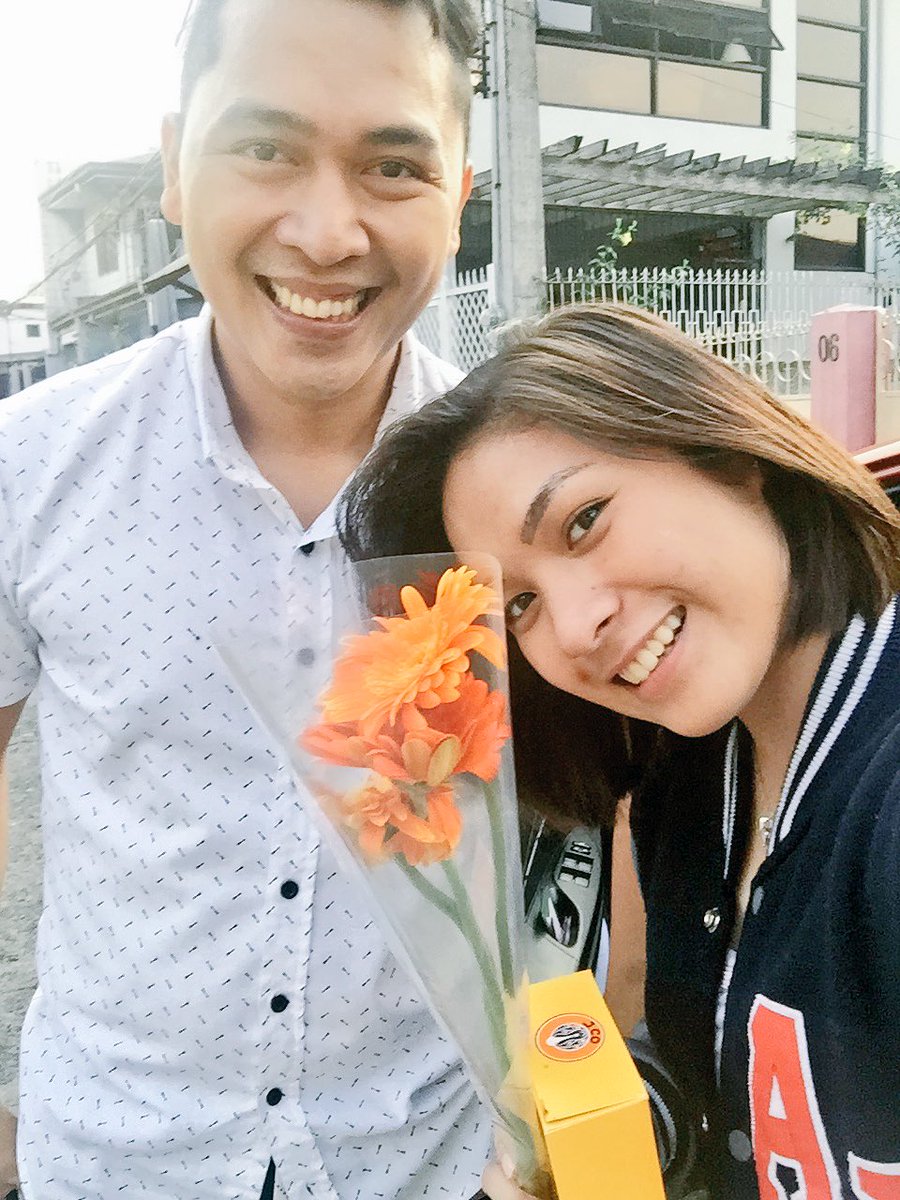 After all, while a lot of people have returned lost items in the past, this might be the first time that one returned a lost phone along with the gift of flowers and donuts! Hmmmmmm. Do you think this Uber driver had fallen in love with his passenger or is he really just a thoughtful guy?

Well, we will never really know unless @_cklucas would post an update about it in the coming days. But it is quite possible that he was really attracted with her, especially because she does look so gorgeous! 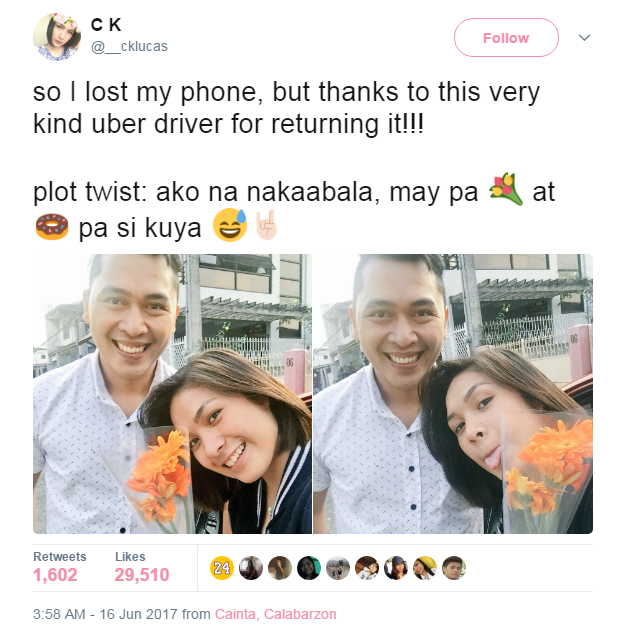 It is unknown whether the gorgeous lady is single but a guy could surely hope she is, right? We don’t really blame him for trying.

The internet had a field day because of the photos, though. Many netizens admired this guy for his unique moves in making sure he gets this beautiful lady’s attention. She isn’t likely to forget him soon. Let’s wait and see what happens next…

Uber is an app that lets passengers connect with drivers. This revolutionary technology has changed public transport in the big cities, allowing passengers to hire a car as if it were a taxi.