Ladies, here’s a little question for you: How would you feel if your boyfriend took a photo of you while you were sleeping and posted it online?

Although that sounds like a ridiculous idea that could spark a fight between a couple, Imgur user chickenismurder did it right when he shared a snapshot of his sleeping girlfriend on the website.

Actually, he did it in such a romantic way that those who saw his post have been left swooning over it. 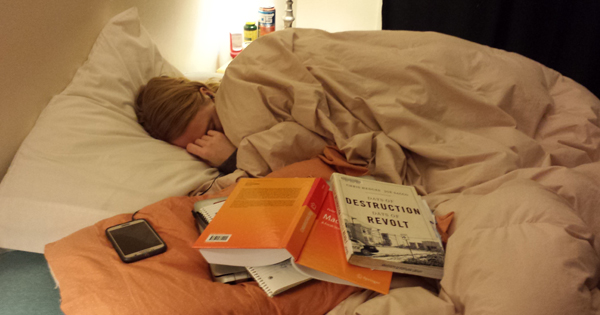 This is what he wrote in the caption:

“My 38-year-old girlfriend just started her second quarter of college. She’s raised two kids, 15 and 10, on her own, has piss all parents and was the victim in not one but two domestic violence cases. This is how I found her tonight. I’m so proud of this woman I could burst. We went wedding ring shopping earlier today and I think I’m ready to make the best decision of my life.”

Chickenismurder was blown away by the way the internet responded to his simple post. He later added on the caption:

“FP Edit: Wow! I had no idea Imgur could be so amazing despite the forgotten cat tax! Thanks for all the kind words of support you guys! This woman profoundly inspires me and it sounds like she has many of you. Also, I’m gonna take all of y’alls advice and marry the s–t out of her.”

According to Distractify, chickenismurder is also a single dad and that the couple is planning a trip scheduled for March. Maybe that’s the time he will finally propose to her? Netizens across the world couldn’t wait to find out!